This article is an abridged version of a piece which will be published in a forthcoming edition of the International Ammunition Association Journal. – Ed.

Although Ethiopia has produced small-calibre ammunition for at least sixty years (and probably 90 or more), little information is publicly available regarding Ethiopianoutputs, and knowledge of Ethiopian cartridges is largely restricted to specialist circles. This piece is intended as a general introduction to Ethiopian ammunition production, with a deeper look at three calibres produced during the post-WWII period under the reign of Emperor Haile Selassie.

ARES has accessed substantial quantities of Ethiopian-made 7.92 × 57 mm, .30-06, and 7.62 × 51 mm cartridges from this period, which are becoming more accessible in global civilian markets, particularly in the United States. We have assessed the physical characteristics and markings of both the cartridges and their packaging, below. ARES Researcher Ian McCollum has also conducted some limited velocity testing.

The first ammunition factory in Ethiopia was established sometime during the early 20th century. According to an Ethiopian defence industry source, the first ammunition production facility was founded under the reign of Emperor Menelik in 1911, to produced ammunition for “Wejigra and Wechefor rifles”. A Czech source describes the first factory in Ethiopia as having been established by Czech interests, sometime in the 1920s, under the reign of Empress Zäwditu. In exchange for exported hides and skins, Ethiopia imported Czech glassware, furniture, sugar, textiles, and porcelain. Another source refers to a factory of this time period only as ‘Tiyet Fabrica’ and give no further details. In any case, the outputs of this factory or factories appear to be limited, and little is known about the subject today.

Between 1947 and 1950, the Emperor Haile Selassie I Ammunition Factory was established in Addis Ababa by Považské Strojárne of Czechoslovakia. It is possible that this factory may have been built on the site of the earlier ‘Tiyet Fabrica’, or simply constituted a retrofit and upgrade of that same factory. Some sources refer to this as the ‘Mexico ammunition factory’, in reference to its location near Mexico Square, in Addis Ababa.  During this period Ethiopia also served as the ‘cover destination’ for Czechoslovak arms deliveries to Israel.  The Communist coup d’état of February 1948 in Czechoslovakia did not dampen relations much, and the factory received ongoing support from the Warsaw Pact-aligned regime.

It appears that after the fall of Emperor Haile Selassie, the ammunition factory in Addis Ababa bearing his name was renamed, and the ‘M.E.D.’ headstamp was introduced. This may be an acronym for the Department of Defence Industry (DDI), the government office under the Ministry of Defence that become responsible for all defence production in Ethiopia. This eventually became the Defense Industry Sector (DIS), and later was reconstituted under the  state-owned Metals and Engineering Corporation (METEC). 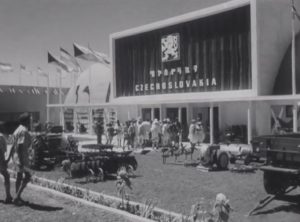 Ammunition was originally produced primarily for domestic use, in calibres required by the Ethiopian armed forces. A range of firearms were used over the decades, but some important ones for our purpose included FN Herstal M30 series bolt-action rifles, ZH-29 and FN Herstal M30 BAR self-loading rifles, and ZB vz. 26 general-purpose machine guns in 7.92 × 57 mm; M1 ‘Garand’ and Browning M1918 BAR self-loading rifles, and M1917 & M1919 general-purpose machine guns in .30-06; and Springfield M14 and Beretta BM 59 self-loading rifles (7.62 × 51 mm).

The 7.92 × 57 mm, .30-06, and 7.62 × 51 mm cartridges assessed by ARES share marked physical similarities with Czech cartridges, confirming accounts of Czech support in providing manufacturing equipment and technical support. .303 British cartridges were also produced for Ethiopian domestic use. At some point during production (with examples from 1959-1963), 7.92, .303 and .30-06 cartridges were marked with a calibre designation in the headstamp. 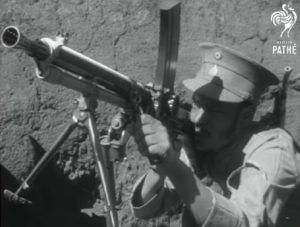 Current production of ammunition in Ethiopia takes place under the auspices of the Homicho Ammunition Engineering Industry (HAEI), which is located 140 km to the west of Ethiopia’s capital, Addis Ababa, in the western Shewa Zone of the Oromia regional state, near the town of Ambo. Homicho was established in 1987 as ‘Project 130’. The factories were established with Soviet and North Korean assistance. In 2010, the company was restructured as a subsidiary of the state-owned Metals and Engineering Corporation (METEC). It is sometimes referred to in unofficial Ethiopian sources as the ‘Homicho Ammunition Engineering Complex’. 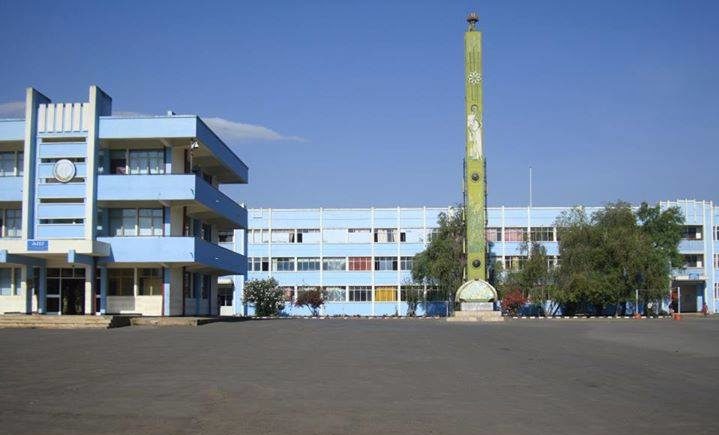 HAEI have produced 7.62 × 39, 7.62 × 54R mm, 12.7 × 108 mm, and 14.5 × 114 mm cartridges. In addition to small-calibre ammunition, Homicho has also produced medium- and large-calibre munitions and components. An official METEC source describes the outputs as ranging from “7.62mm bullets up to 130mm artillery ammunitions”. According to official information, HAEI is comprised of seven factories located on a 980,00 sq. m lot in a 224-hectare complex, producing the following outputs:

7.62 × 39, 7.62 × 51, 7.62 × 54R, and possibly other calibre cartridges without headstamps have been produced by Homicho in recent years. The three confirmed calibres all feature cartridge cases, projectiles, primers, sealants, and other details consistent with the post-Selassie .30-06 and 7.62 × 51 detailed herein. Examples of unmarked HAEI cartridges can be seen in Figure 2.5, which is from a Small Arms Survey report examining weapons documented in South Kordofan and Blue Nile states of Sudan in 2013. 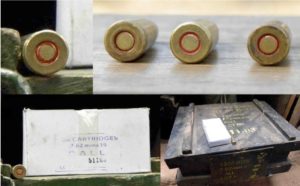 HAEI has supplied substantial quantities of its products to the Ethiopian military and domestic law enforcement, as well as the armed forces of Sudan, South Sudan, Somalia, and elsewhere. Examples have also been documented during seizures from non-state actors in various African states, including the Central African Republic, Libya, Somalia, South Sudan, and Sudan, and in the holdings of private security companies such as Saracen International Ltd.

Homicho has also been under international scrutiny for its ties to North Korea. In addition to historical DPRK assistance in constructing and operating the Ambo plant, HAEI previously listed the “Korea Mineral Trading General Corporation” (a DPRK state-owned entity) as one of its major suppliers in a company document. Important Ethiopian outputs – including the development and production of the ET-97 and ET-97/1 self-loading rifles – have been directly supported by the DPRK (in this case the Korea Ryongbong General Corporation). Assistance continued until at least as recently as 2007, and both the UN and western states pressured Ethiopia to sever ties. Analysis shows there has been an ongoing relationship between the two countries in more recent years.

A quick visual analysis of random samples across all three calibres indicated that the ammunition was clean and well packaged, with clear annealing marks on the shoulders. All examples were free from obvious external corrosion. The 7.62 NATO showed some evidence of a case mouth sealant below the neck. 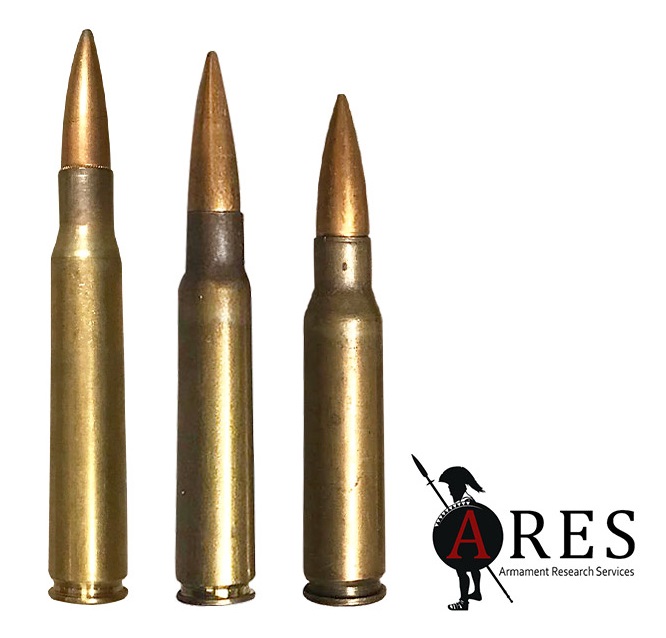 ARES Researcher Ian McCollum pulled and weighed projectiles taken from ten rounds of each calibre. The bullet weights (in grains) were as follows: 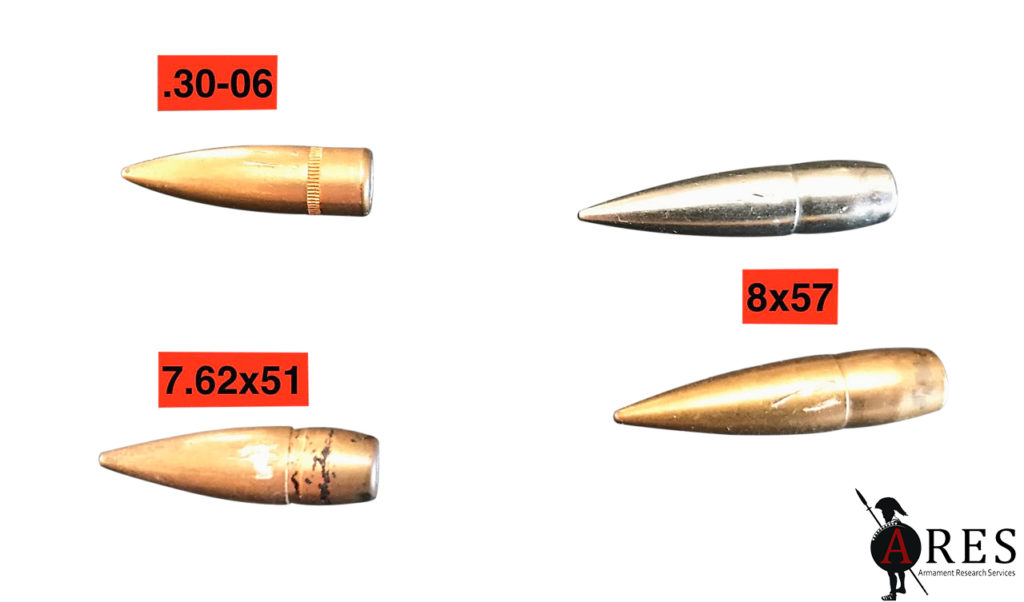 Figure 3.2 Profile view of the projectiles from the three calibres assessed. Note the GMCS and CCS projectile jackets for the 7.92 × 57 mm cartridges, at right (source: Ian McCollum/ARES).

Figure 3.3 Base view of the projectiles from the three calibres assessed. Note the GMCS and CCS projectile jackets for the 7.92 × 57 mm cartridges, at left (source: Ian McCollum/ARES).

The markings on the ammunition packaging and the headstamps are in Amharic, the official working language of Ethiopia, and are marked in the fidäl or Ge’ez script. The headstamps of the 7.92 × 57 mm ammunition ARES assessed, for example, are marked “ቀኃሥ”, which is transliterated as follows:

The headstamps and packaging markings for each of the calibres assessed were as follows: 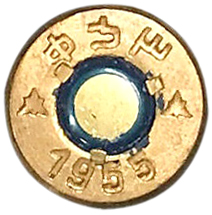 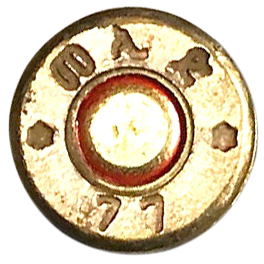 Figure 4.2 Headstamp as marked on the .30-06 ammunition assessed by ARES (source: Ian McCollum/ARES). 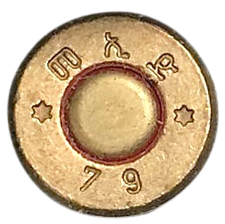 7.92 × 57 mm ammunition was packaged in inner cardboard packaging (with white ribbon pull-tabs) of 15 rounds. 20 of these smaller cardboard boxes were contained within intermediate cardboard packaging. Five 300-round boxes were contained with each wooden crate, for a total of 1500 rounds per crate.  Note that the ‘manufacture date’ of 1947 marked on the packaging appears to be in the Ethiopian (Orthodox) calendar format, in which some months equate to 1955 in the Gregorian calendar. Markings were as follows: 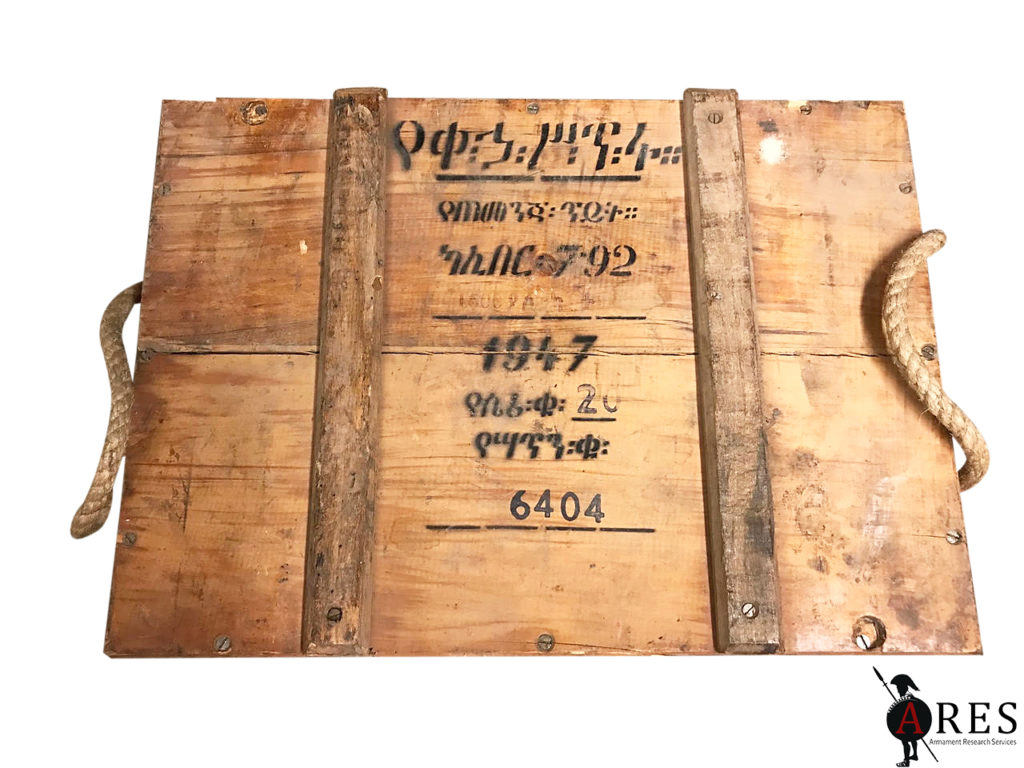 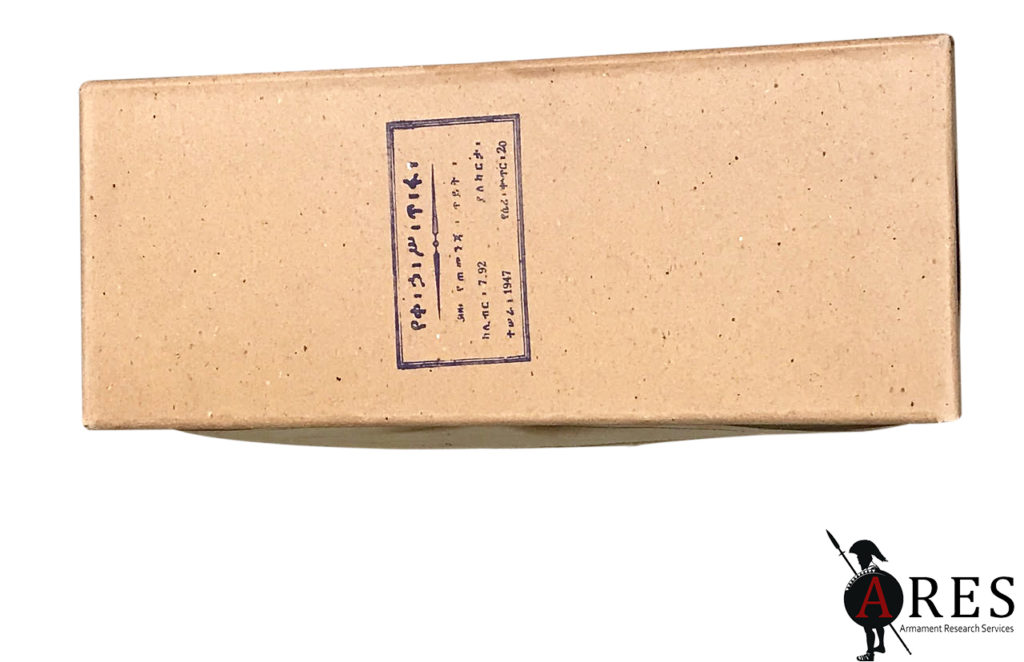 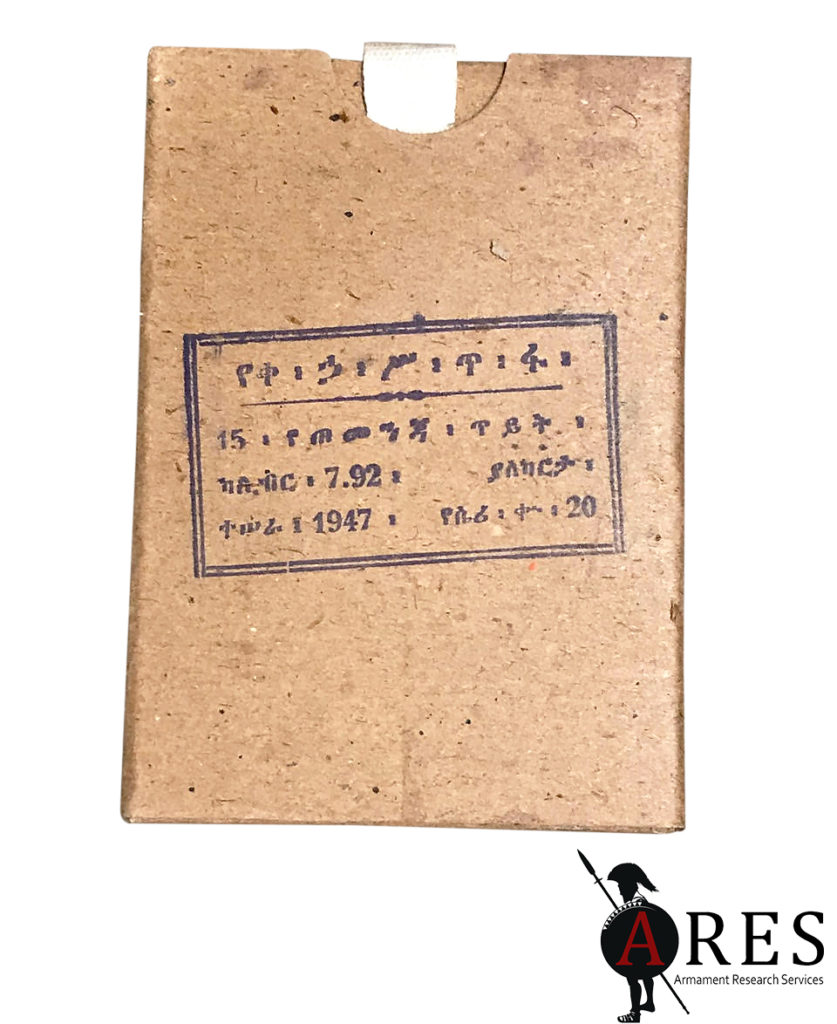 Two packaging methods for .30-06 ammunition was observed in the ARES sample. For the ammunition packaged in bandoliers, 4 bandoliers of six en bloc clips were packaged in each ammunition can. The ammunition can was an overpainted western example. The clips were marked ‘SF’ for ‘Serini in France. Other reported examples are marked ‘BRW’, ‘HA’, ‘IS’ and ‘SA’. Each clip holds 8 rounds, for a total of 192 cartridges per can. Markings were as follows: 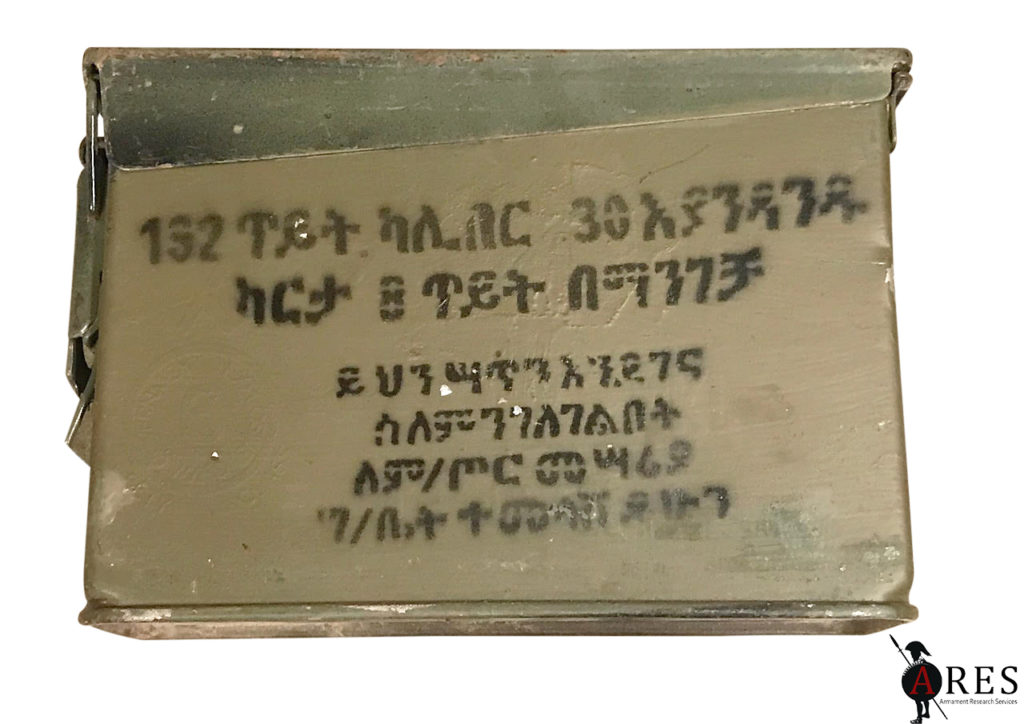 Figure 4.7 Outer packaging for one configuration of the .30-06 ammunition assessed by ARES (source: Ian McCollum/ARES). 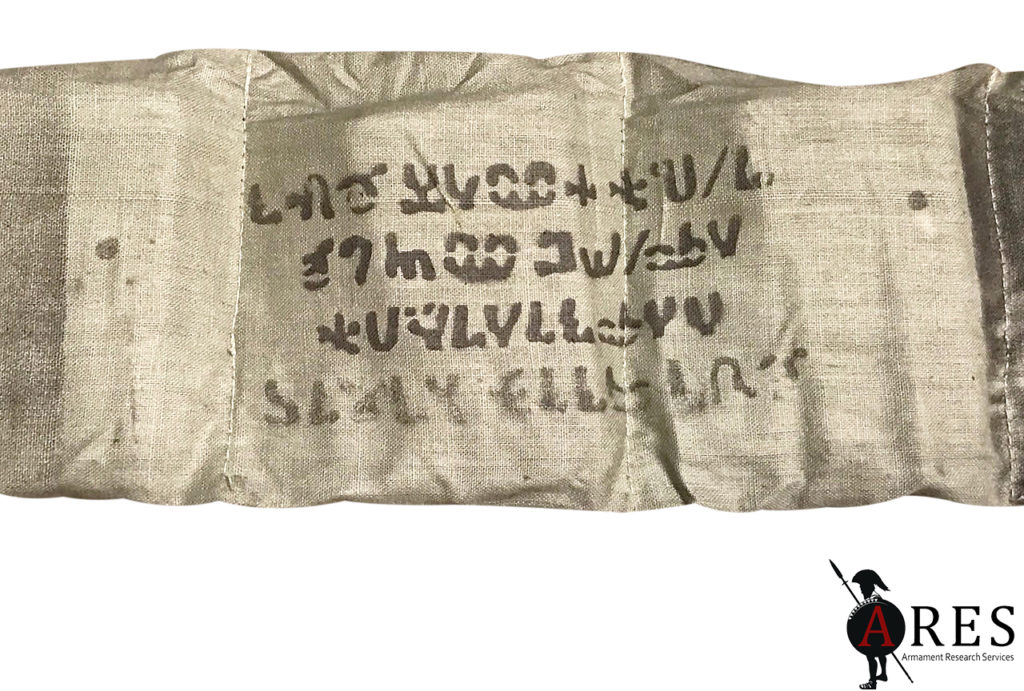 Figure 4.8 Inner packaging (bandolier) for one configuration of the .30-06 ammunition assessed by ARES (source: Ian McCollum/ARES).

Loose cartridges were packaged in cardboard inner packages (with white ribbon pull-tabs) of 15 rounds. 20 such cardboard boxes were contained within each ammunition can, for a total of 300 rounds. The ammunition can was probably an overpainted western example. Markings on the outer packaging were as follows (the inner boxes were unmarked): 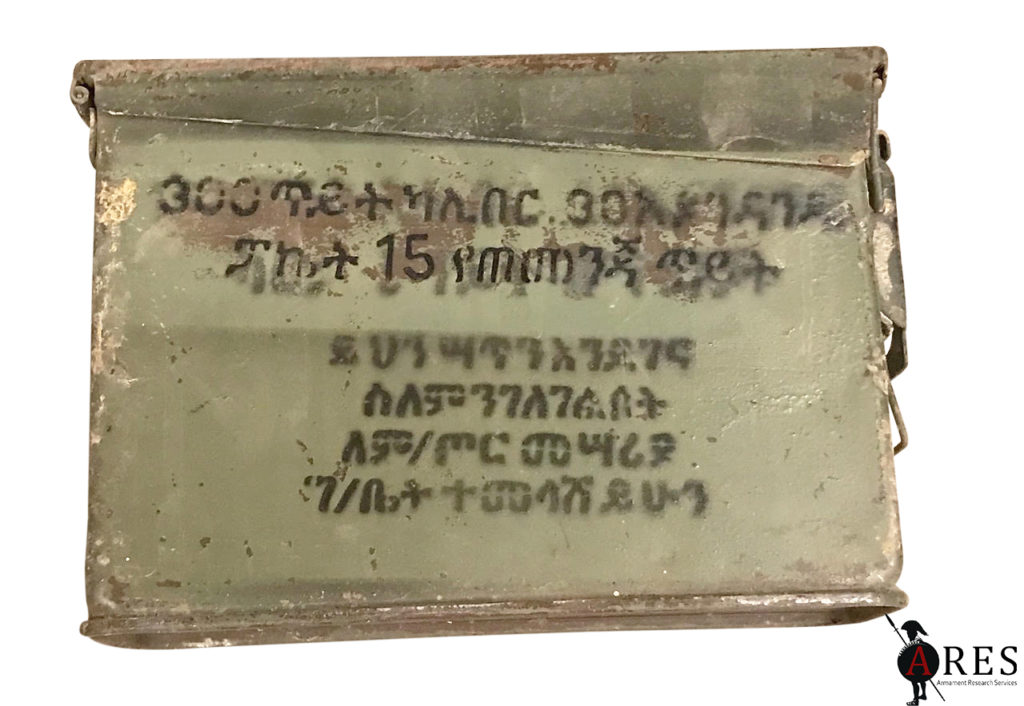 Figure 4.9 Outer packaging for one configuration of the .30-06 ammunition assessed by ARES (source: Ian McCollum/ARES). 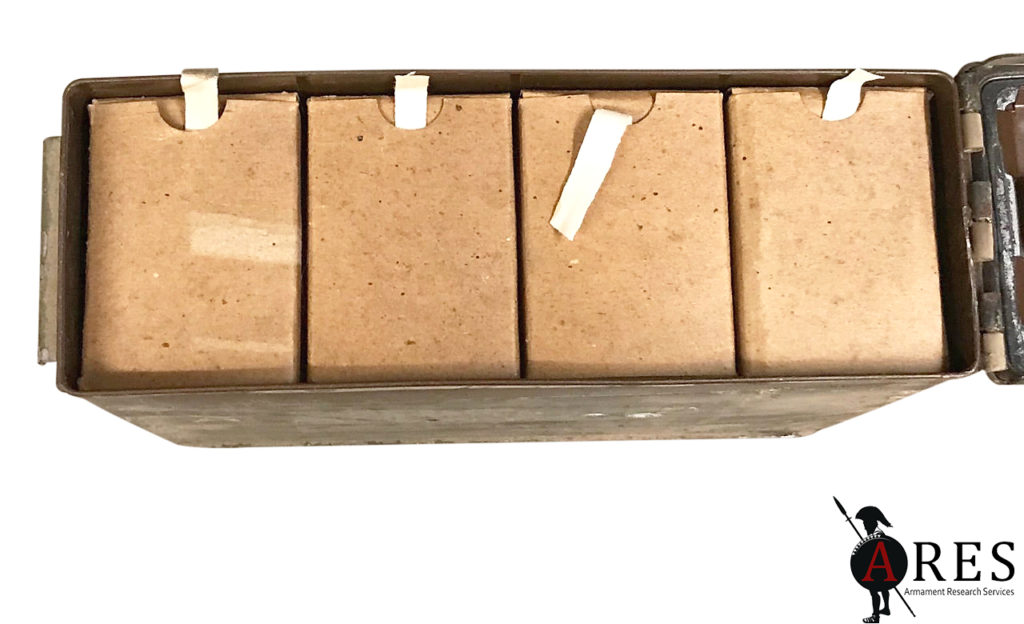 Figure 4.10 Inner packaging for one configuration of the .30-06 ammunition assessed by ARES (source: Ian McCollum/ARES).

7.62 × 51 mm cartridges were packaged in 20-round inner cardboard boxes, with cardboard dividers between four sections of five rounds each. Fourteen of these packages were included in each ammunition can, for a total of 280 rounds. The can was an overpainted British H82 Mk 1 type, produced in February 1959. Markings on the outer packaging were as follows (the inner boxes were unmarked): 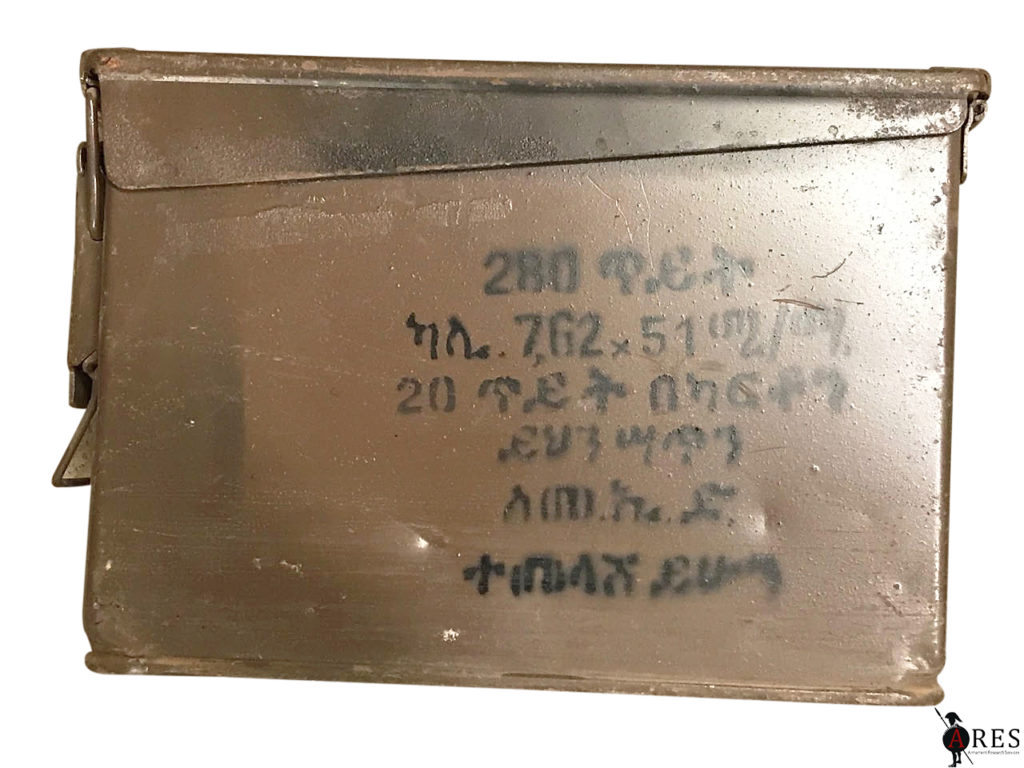 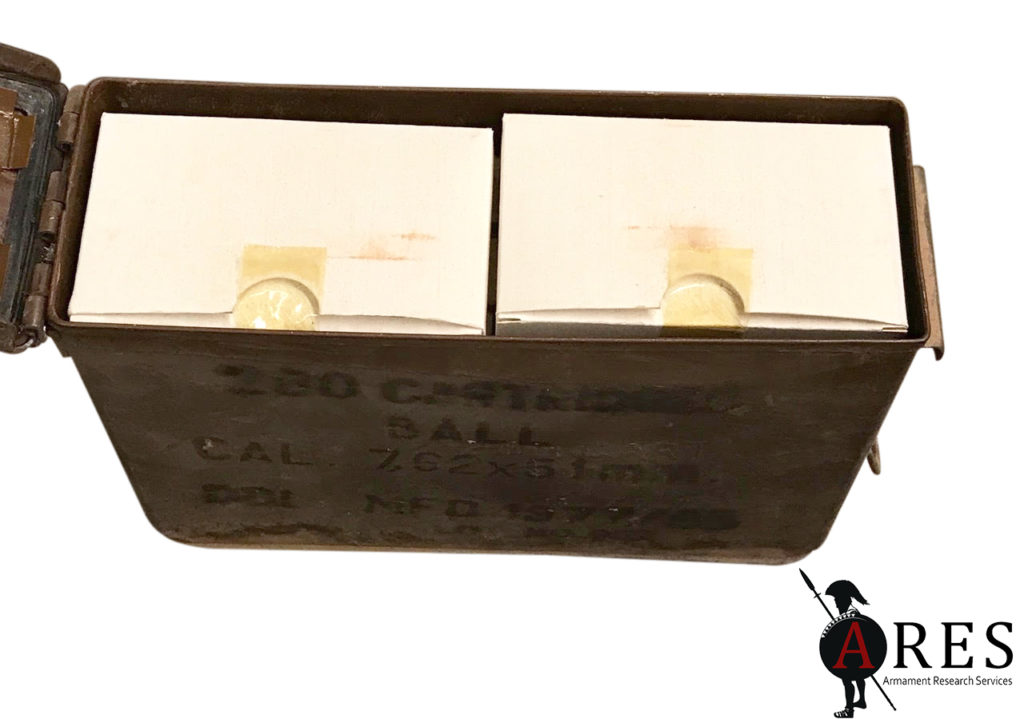 In order to gather more data about this little-known ammunition, ARES also tested the velocity of a sample of these cartridges. Fifteen rounds of each calibre were test-fired, and a chronograph used to record the projectile velocity (given below in feet per second) at a measured distance of 3 metres from the muzzle of the weapon (V3).

The rifles used for testing the ammunition were as follows:

The recorded velocities were as follows:

During testing, both the 7.92 and 7.62 cartridges exhibited hang-fires in approximately fifty per cent of cases. None of these exceeded 0.5 seconds in duration (estimated). Video of some of this testing is being uploaded to Mr. McCollum’s Forgotten Weapons YouTube channel, for consumer interest. Videos will be added to the galleries below:

NOTE: The post was amended on 22 February 2019 to include an explanation of the Ethiopian (Orthodox) calendar date.