Jonathan Ferguson One of the most persistent firearm myths is that American soldiers fighting in the Second World War (or later, in the Korean War) were at substantial risk of being identified and engaged by the enemy because of the distinctive ‘ping’ sound made by ejection of clips from their issued rifles. The M1 ‘Garand’

B. Khab. with Galen Wright Since early 2016, Yemeni forces belonging to the Aden-based Hadi government have been fighting Houthi militants and other forces loyal to ex-President Saleh in Hajja governorate, one of the few positions in northern Yemen controlled by the Aden-based government. The strategic Midi district has witnessed the fiercest battles ther, and 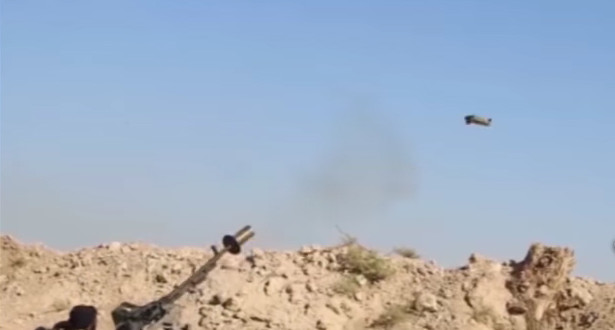 ImproGuns A video posted to social media on 25 November 2016 shows Shi’a militia fighters making use of what appears to be an improvised grenade launching device attached to the muzzle of a DShKM type heavy machine gun (HMG) whilst engaging Islamic State militants near Deir ez-Zor airport in Syria. The device appears to be a