B. Khab. with Galen Wright Since early 2016, Yemeni forces belonging to the Aden-based Hadi government have been fighting Houthi militants and other forces loyal to ex-President Saleh in Hajja governorate, one of the few positions in northern Yemen controlled by the Aden-based government. The strategic Midi district has witnessed the fiercest battles ther, and

Ali Richter Update 160328: Further evidence of the use of the Type 73 GPMG in Yemen can be seen here. The North Korean Type 73 GPMG has been previously documented in Iraq and Syria, and recently observed in Yemen. Images from Iraq show the Type 73 primarily in the hands of Iraqi Shi’a militias, particularly Badr Brigade

Galen Wright Iraq kicked off the 5th Defense, Security, & Aviation Fair in Baghdad this Sunday, with participating representatives from 108 countries, perhaps the most notable of which was Iran. According to a video issued by Iran’s state broadcasting company (IRIB), Tehran is now actively marketing a new top-attack version of its Toophan (‘typhoon’) anti-tank

Galen Wright Update 151106: Another Twitter post from yesterday shows a brief video of materiel allegedly captured by fighters aligned with Jabhat al-Nusra in Syria. In addition to the Sadad 102 thermal imager mentioned below, other items seen include mortars, what appears to be an Iranian SPG-9-type recoilless gun, an Iranian AM50 anti-materiel rifle, a DShKM-type heavy machine 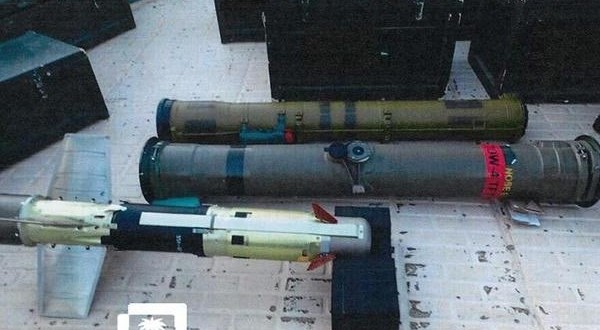