A Cartridge in Brief: .280 British

During the Second World War, Germany developed a number of innovative small arms. One key development – the Sturmgewehr, chambered for the 7.92 × 33 mm Kurz cartridge – is rightly considered the grandfather of the modern ‘assault rifle’. The concept behind the assault rifle was a box magazine-fed, select-fire rifle chambered for an intermediate cartridge. It was to be effective within confined spaces, and out to 400 meters. Studies and experience from the Second World War and earlier had shown that most rifle combat was taking place at closer ranges than expected; the assault rifle would prove effective by giving the by allowing for controllable automatic fire, whilst reducing the weight and bulk of the cartridge.

Central to the development of this concept was the related idea of an ‘intermediate cartridge’ – that is, a cartridge mid-way between the pistol and full-power rifle cartridges of the time in terms of size, weight, and muzzle energy – such as the 7.92 × 33 mm Kurz. Following the success of the Sturmgewehr, many other countries including Great Britain and its allies looked to develop their own intermediate-calibre assault rifles, realising their potential on the battlefields of the future. Many of these developments took place shortly after the Second World War. Various cartridges were developed alongside these weapons, some of which are pictured in Figure 1.1. 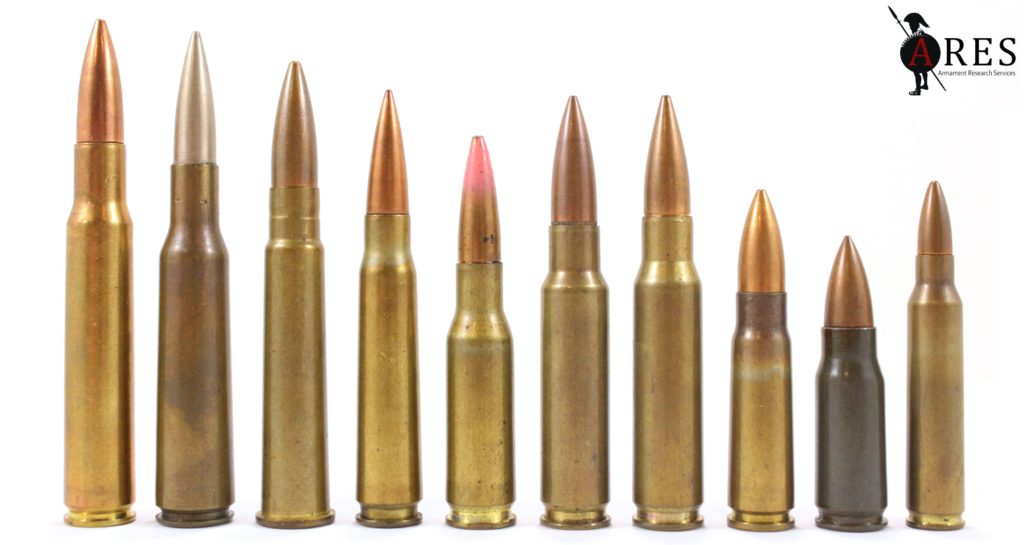 In the late 1940s, Britain started their development of an intermediate cartridge with assistance from Belgium and Canada. In 1947, the final report of the UK Ministry of Supply’s Small Arms Calibre Panel suggested that ‘the standard round chosen should be of the smallest calibre possible [within the specification]’, and recommended the selection of a .25 or .27 inch (6.35 or 6.86 mm) projectile. Further development was recommended for two of the 7 mm cartridges tested, A .270 cartridge and .276 cartridge. The .276 projectile diameter was actually 7.2 mm (.284), and it was later re-named .280 to avoid confusion with earlier .276 calibre cartridges such as the .276 Enfield and the American .276 Pedersen. The .280 was later modified to have the same rim diameter as the American .30-06 and .30 T65E3 cartridges. The .280 was renamed the .280/30, and development of this cartridge was prioritised; development of the .270 cartridge was discontinued in late 1948. 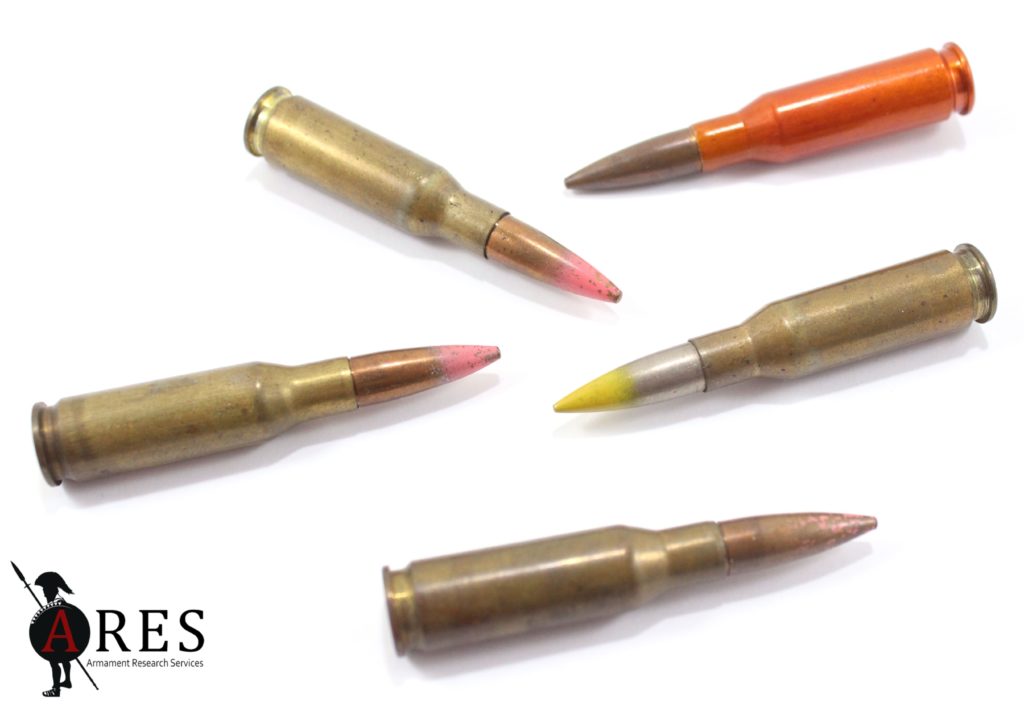 British experiments with the .280/30 calibre led to the development of the Janson E.M.2 self-loading rifle, chambered for a 7 × 43 mm cartridge. It was hoped that a short, bullpup configuration rifle capable of controllable automatic fire thanks to the .280/30 intermediate cartridge could replace both the standard infantry rifle (the Lee-Enfield chambered for .303 British) and the submachine gun (Sterling and other models chambered for 9 × 19 mm). Performance testing of the .280/30 cartridge proved promising, with the British going on to present the E.M.2 rifle for NATO trials in 1950. However, American officers deemed the .280/30 cartridge not powerful enough, and insisted on adopting a .30 calibre round.

Despite objections from the US, the British briefly adopted the E.M.2 as the “Rifle, No.9 Mk.1” in 1951. The .280/30 cartridge was adopted alongside the E.M.2 as the “Cartridge, 7mm S.A.A. Ball, Mk.1Z”. American insistence on adopting a larger, more powerful round led to British and Belgian efforts to develop a range of more powerful cartridges based on the .280/30, however the US remained unconvinced and the .30 T65E3 was adopted by NATO as the 7.62 × 51 mm NATO cartridge in 1954. Production of the Rifle No.9 Mk.1 was cancelled, and it was replaced in British service by a lightly-modified version of the Belgian FN Herstal FAL. 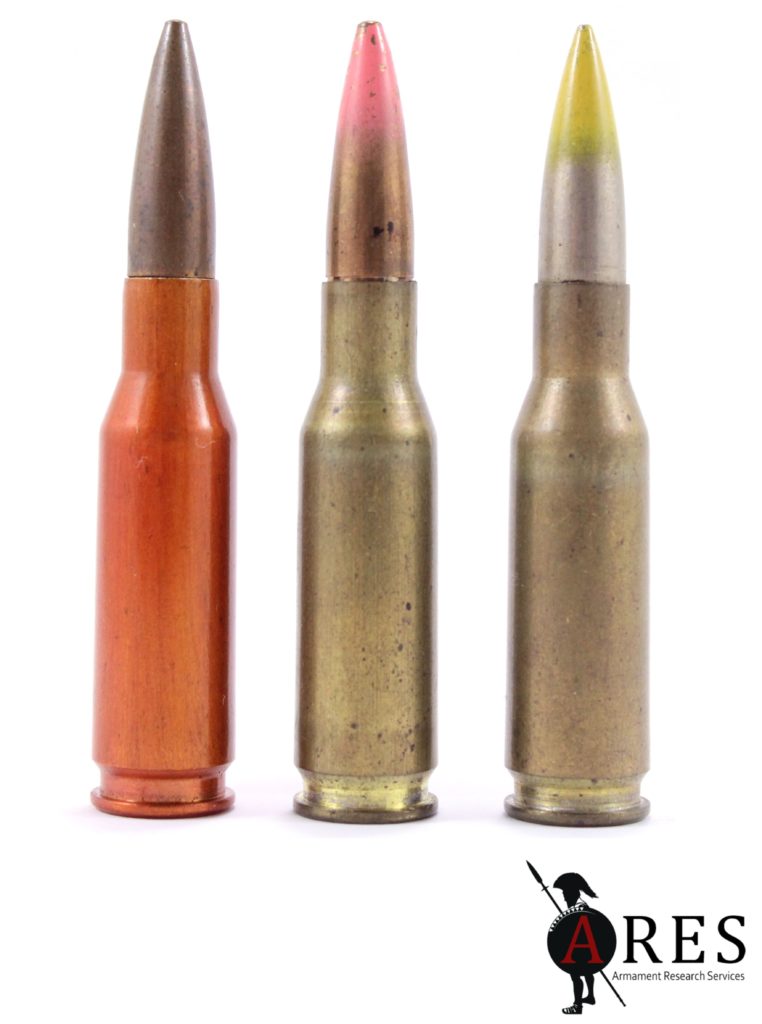 Various types of .280 and .280/30 were produced, including ball (FMJ), armour-piercing (AP), armour-piercing incendiary (API), observation (‘observing’ in contemporary British parlance), and tracer (T) types, each distinguished by different coloured projectile tips. Experimental .280 cartridge cases were produced from aluminium, with various lacquered finishes in clear, yellow, orange, and blue. Despite these test cases, the designers opted to proceed with a conventional brass case. Cases were Berdan primed, as was typical for British small-calibre ammunition production of the time, and mostly featured purple sealant at the primer annulus.

Early projectiles of 130 grains were developed with both lead cores and mild steel cores, and these featured gilding metal-clad steel (GMCS) jackets. 140 grain projectiles were subsequently introduced, also with GMCS jackets. Starting in 1949, combined British-Belgian development efforts led to the use of the more aerodynamically-efficient S12 type projectile, which featured a cupro-nickel-clad steel (CNCS) jacket. The “Cartridge, 7mm S.A.A. Ball, Mk.1Z”, as adopted with the E.M.2 in 1951, was the definitive iteration of the 7 × 43 mm round and propelled a 9.0 gram (140 grain) projectile at a velocity of 777 m/s (2,550 fps). It featured a CNCS-jacketed projectile with a yellow tip. 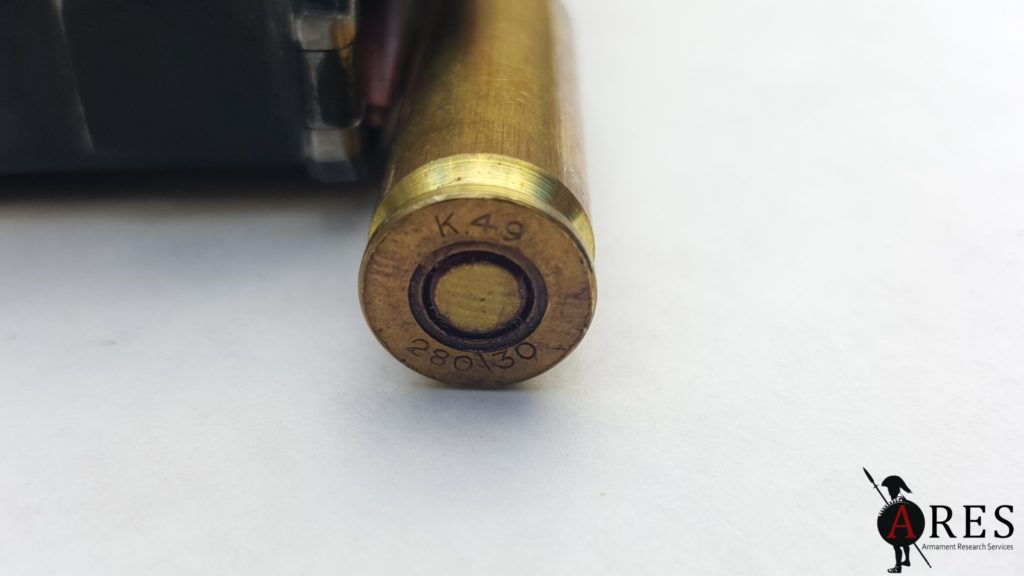 ARES had the opportunity to test-fire some .280/30 cartridges from an E.M.2 in early 2017. The rounds fired were all produced by Kynoch in 1949 (see Figure 1.5). The ‘salmon pink’ tip colouration (see header image) indicates that they are Type C ball cartridges, featuring a 140 grain projectile and a GMCS case. 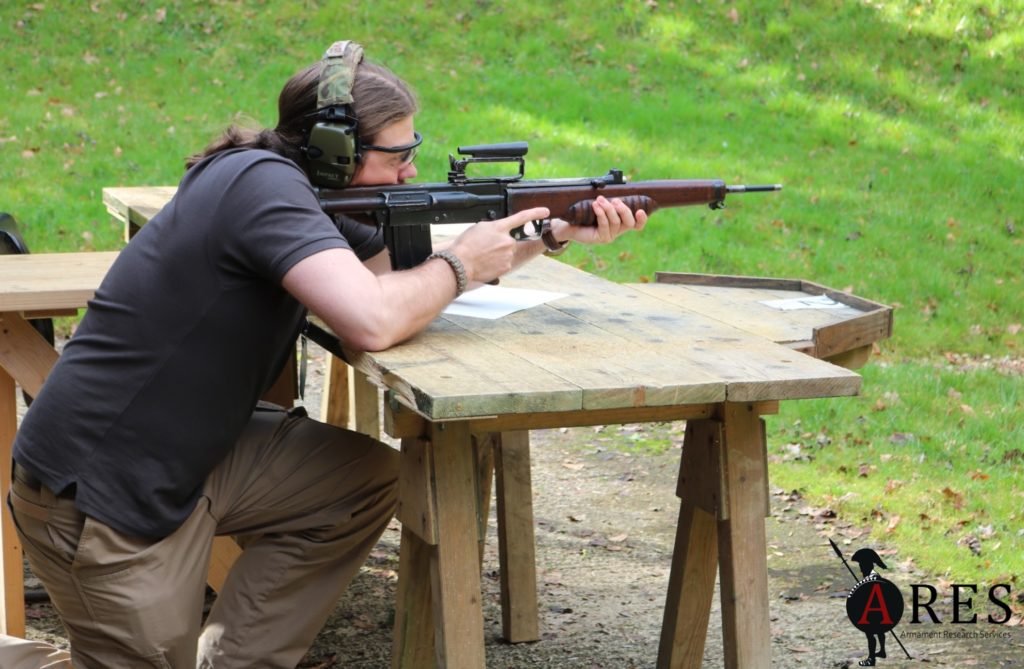 Special thanks to the Defence Academy of the United Kingdom at Shrivenham, for allowing ARES to handle and fire an E.M.2 rifle. Thanks are also due to Neil Grant for his assistance.