ARES is proud to release its first Arms & Munitions Brief. Authored by Timothy Yan, “The Chinese QLZ87 Automatic Grenade Launcher” examines the development history and technical capability of this automatic grenade launcher (AGL) and its ammunition, as well as a brief look at other Chinese-developed AGLs. Below are some extracts from the publication, which can be read in full here.

Unlike the heavier, tripod-mounted American MK 19 and Russian AGS-17 grenade launchers, the Chinese QLZ87 features a size and weight comparable to many 7.62 x 51 mm or 7.62 x 54R mm calibre general-purpose machine guns (GPMG). It is able to be fired from the integral bipod, for shorter-range direct fire (light configuration), and a tripod for longer-range engagement and indirect fire (heavy configuration). In its light configuration the QLZ87 is intended for one soldier, and in the heavy configuration is operated by a team of three. 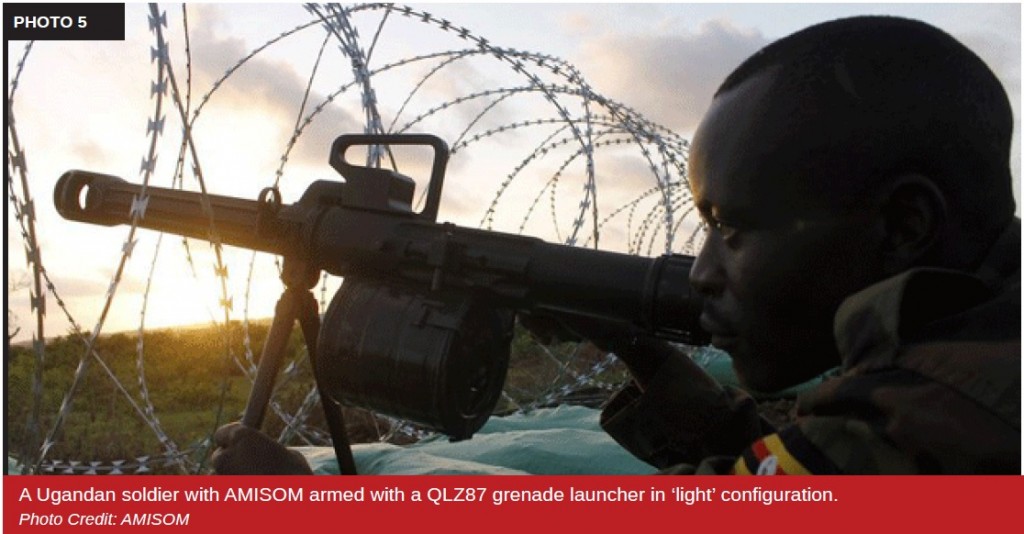 The development of the first Chinese automatic grenade launcher was carried out by a state-controlled civilian organisation, the Hua Dong Industrial Academy’s Mechanical Research Institute (华东工业院机器研究院) in Nanjing, China. The development was separated into two component projects: one for the weapon itself, and the other for the ammunition. The launcher team was led by Professor Liu Jia Peng (陆家鹏) and the grenade ammunition team was led by Professor Yu Qi (于骐). Both teams had determined that using equivalent design decisions to the American 40 x 46 or 40 x 53 mm calibres would result in a weapon that was too large and bulky to fit with the Chinese doctrinal vision for the employment of the AGL.

The two most common cartridges are the DFS87 high explosive (HE) and the DFJ87 high explosive, dual purpose (HEDP) varieties. The DFS87 projectile has a fragmentation warhead with a stated casualty radius of 10-11 metres, while the DFJ87 has a casualty radius of 5 meters, and a shaped charge warhead which can penetrate 80 mm of rolled homogeneous armour (RHA) or 35 mm of RHA at a 60 degree angle (Li et al., 2010). Projectile type is designated with markings in addition to a colour coded projectile nose; HE and HEDP projectiles are coloured silver and gold, respectively. The initial production of both the HE and HEDP projectiles featured a fragmentation liner, which consisted of small steel balls suspended in a polymer matrix (see diagrams 1 and 2). 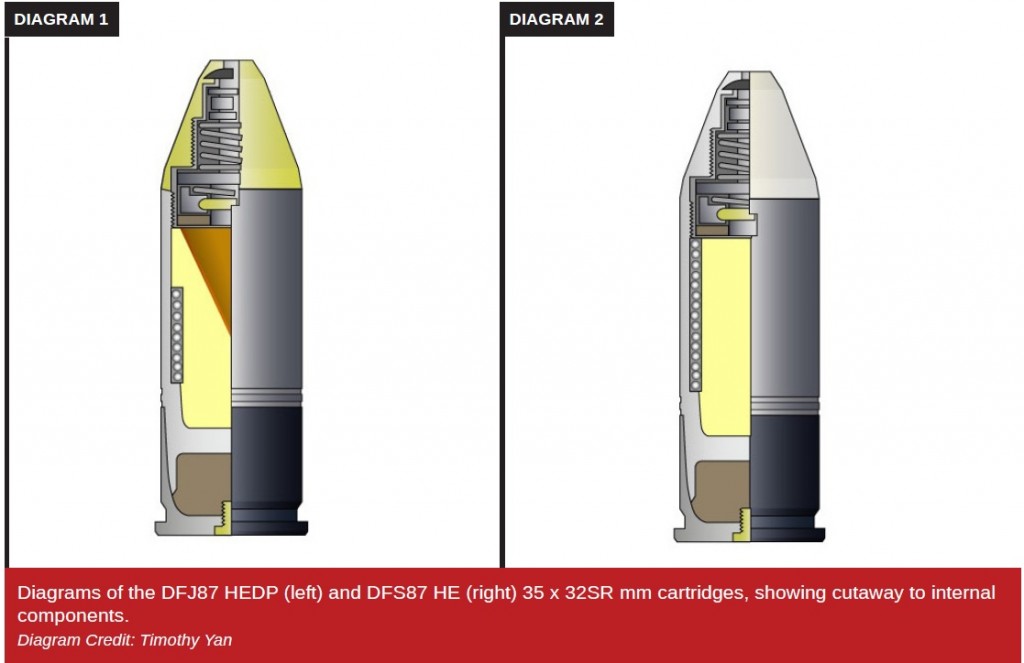 Stay tuned to The Hoplite for future releases in the ARES Arms & Munitions Brief series, and other publications.