Designed and produced at the state-owned Chilean arms manufacturer, Fábricas y Maestranzas del Ejército (FAMAE), the FAMAE Sub-machine Gun (Subametralladora FAMAE; SAF) is one of the few indigenous arms designs that came out of South America in the late 20th century. Despite some substantial sales successes in Central and South America, as well as on the domestic market, the FAMAE SAF was only sold in very limited numbers to Europe. In fact, the Portuguese Republican National Guard (Guarda Nacional Republicana; GNR) was the only customer that fielded the firearm at all. This limited export success was not necessarily due to a lack of other potential leads, as this Greece trial example shows. 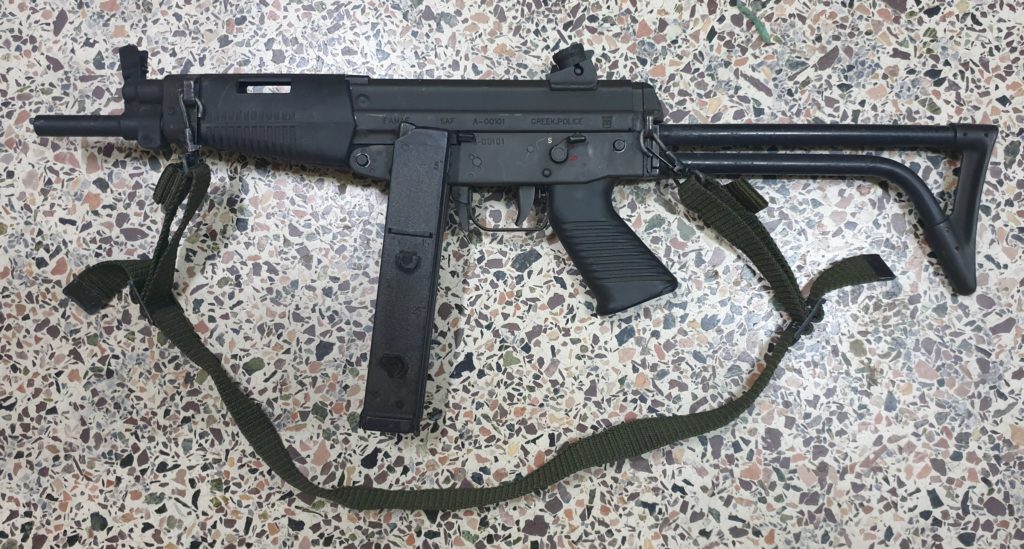 Mechanically, the FAMAE SAF is a simple blowback design. The outward appearance is reminiscent of the SIG SG 540 assault rifle, which has been produced by FAMAE since the 1980s under license. In fact, the designers borrowed or drew inspiration from several key features of the 540 design, including the trigger assembly and fire selector lever, and the stock, receiver, and fore-end. The barrel length on this Greek Police trials gun is slightly longer than the 200 mm barrel of the most commonly seen model of SAF.

Precisely when the Greek police received their FAMAE SAF sub-machine gun(s) is unclear. It seems most likely that the testing took place in the late 90s and were probably limited to this one weapon. The overall scope of the trials remains unclear, since at that time the Heckler & Koch MP5 was already well established in Hellenic Police service, and license production by the state-owned weapons manufacturer EBO (Ελληνική Βιομηχανία Όπλων; Hellenic Arms Industry) had been going on for several years. Alternatively, the trial and evaluation of this weapon may have taken place during the period of significant equipment acquisition the Greek Police experienced before the 2004 Olympics. Therefore, a later testing phase in the early 2000s cannot be completely ruled out. 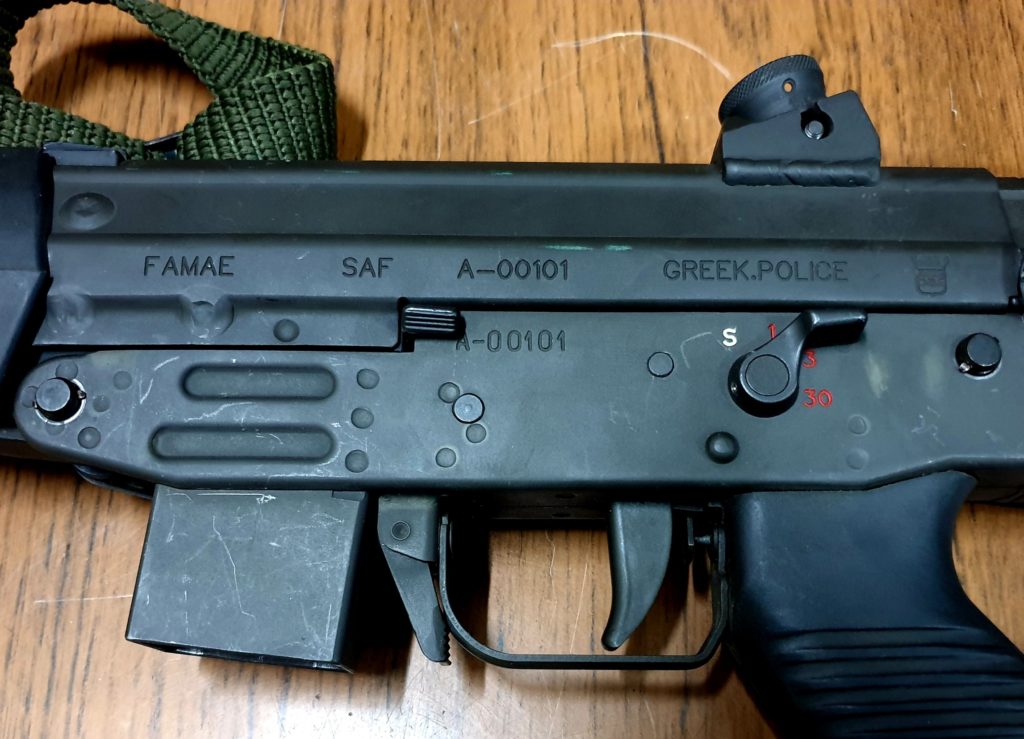 Unfortunately, neither the purpose nor the result of the testing is known. Today, this single example is stored in a Greek police armoury along with two 30-round magazines and no accompanying documentation whatsoever. With the English-language “GREEK.POLICE” marking and low serial number (“A-00101”), this FAMAE SAF remains a fascinating piece of late-20th century global arms market history.

Should one of our knowledgeable readers know more about the brief interlude of this submachine gun with the Hellenic Police, we would be grateful to hear from you. Contact: armsID@armamentresearch.com

*NB: specifications from FAMAE catalogue. Barrel length is slightly longer than on the most commonly seen model of SAF. 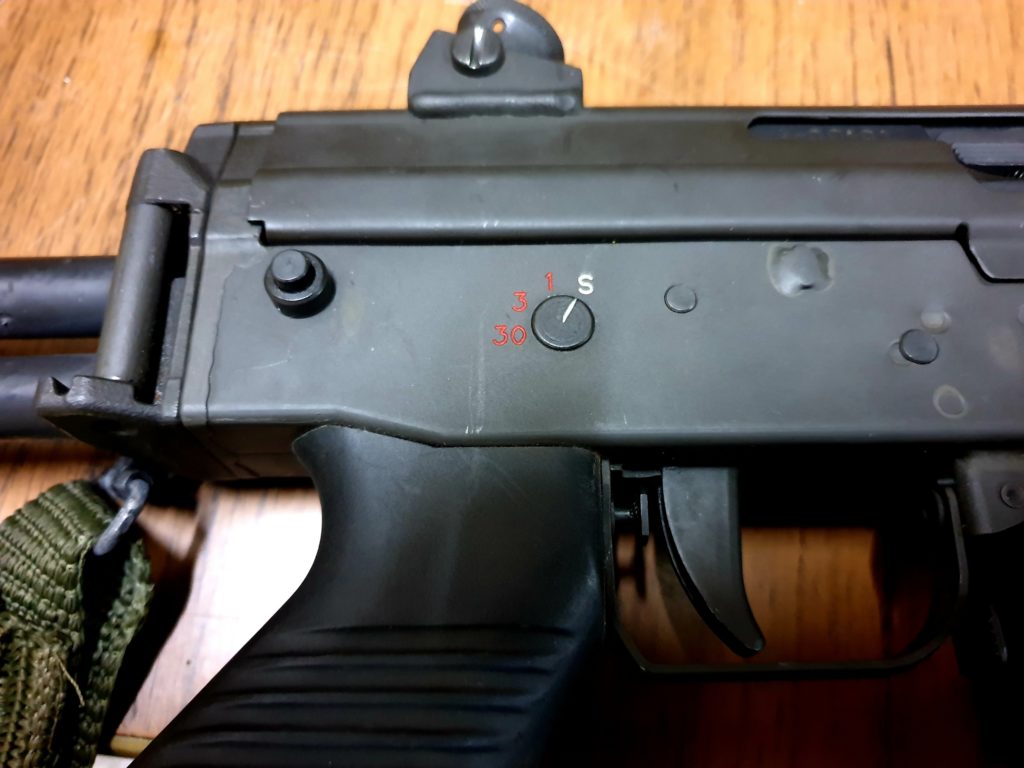