Photos out of South Sudan during the last days of 2014 show Sudanese People’s Liberation Army (SPLA) forces with a Chinese-made QW-2 man-portable air-defense system (MANPADS). Incorrectly identified by some sources as a QW-18, the QW-2 above is identifiable from its battery pack and markings on the weapon gripstock reading “QFJ-2”.

Produced by the China Aerospace Science & Industry Corporation (CASIC), the QW-2 can target aircraft at a height of up to 4000 metres. Full technical characteristics are available below in an image from the China National Precision Machinery Import & Export Corporation, the official Chinese exporter of the system. 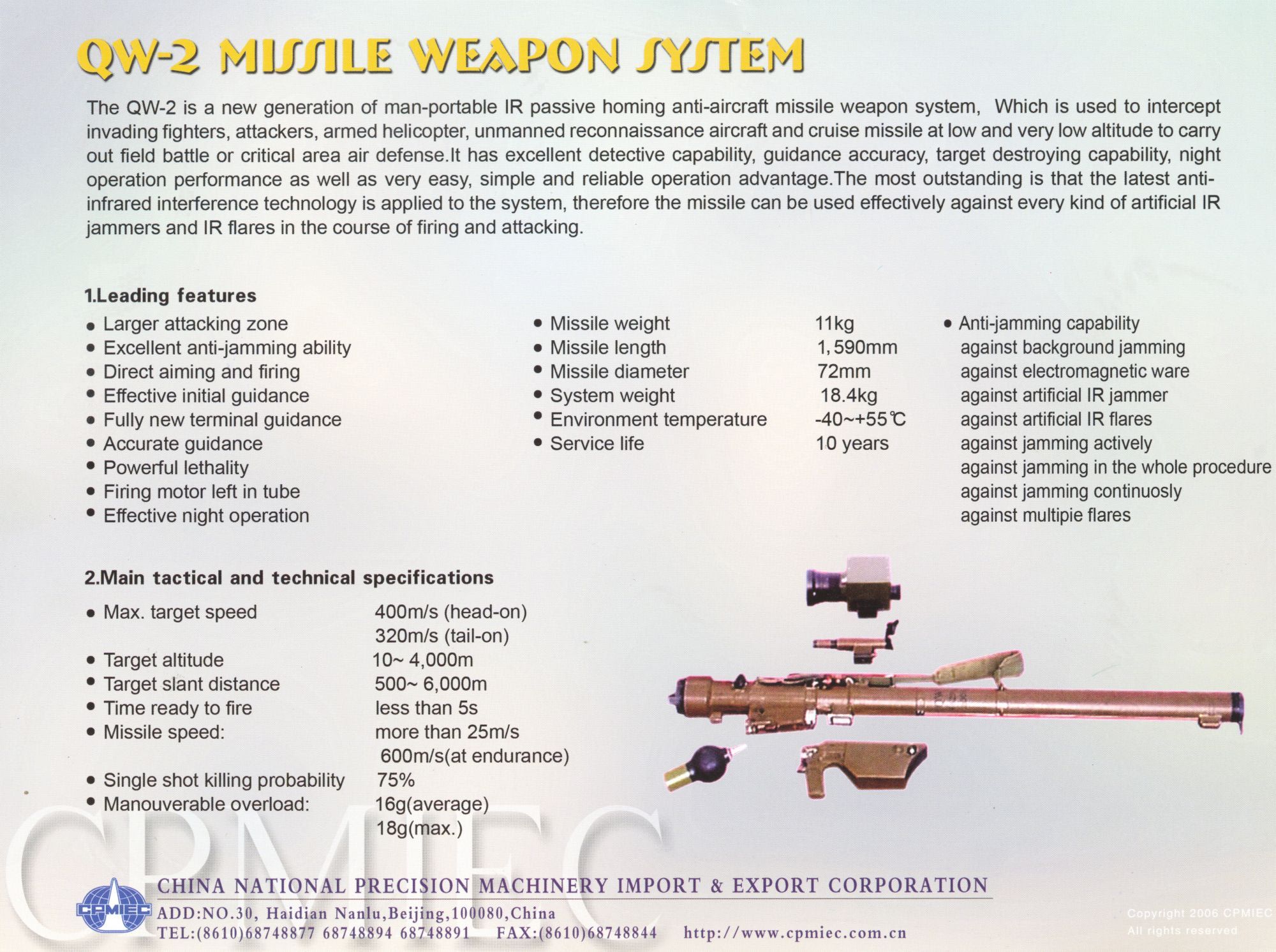