Recent images from the Russian seizure of the Crimean peninsula have highlighted the range of weaponry employed by Russian forces and combatants variously identified as either pro-Russian militias or private security contractors. Kater reports indicate they may have been members of Russia’s GRU special operations forces. Amongst the weapons observed is the GM-94, a pump-action grenade launcher chambered for a proprietary 43 mm cartridge. These polymer-cased rounds are available in HE, HE-FRAG, thermobaric, illumination, smoke, and various less-lethal loadings. The GM-94 is fed from a three-round tubular magazine (3+1 capacity) located above the barrel, and the weapon features a double-action trigger and manual safety. One of the GM-94 grenade launchers pictured above is fitted with an EOTech type holographic weapon sight. 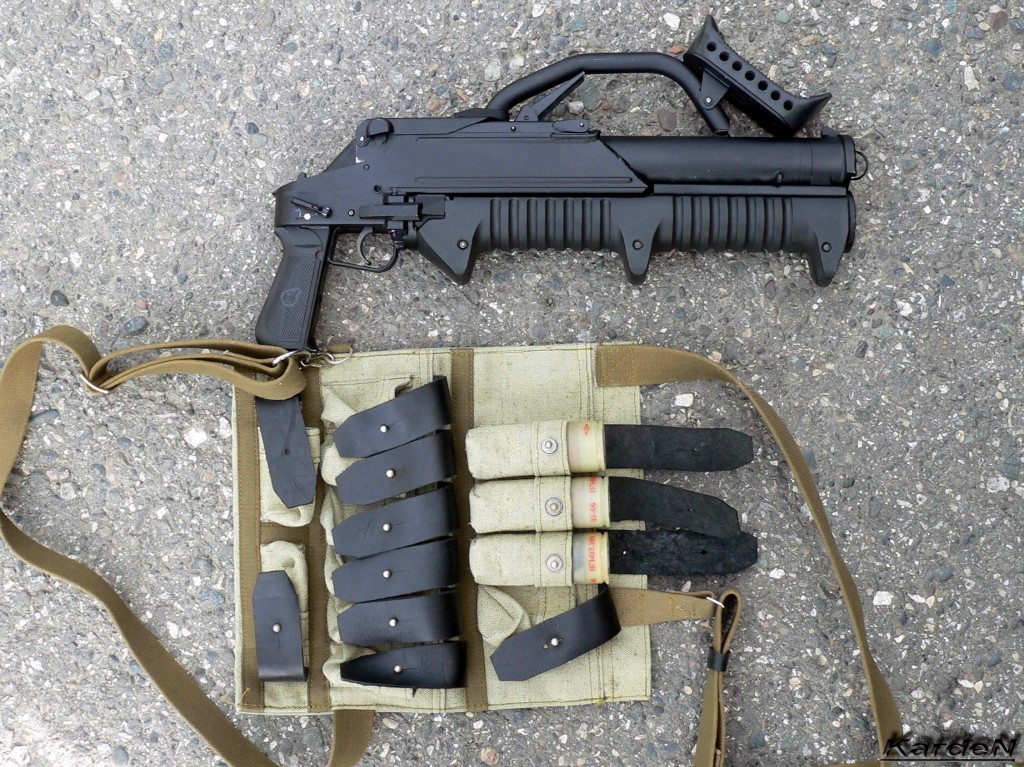 The presence of these weapons would be consistent with claims of Russian special operations forces (broadly referred to as Spetsnaz) or Russian-backed private security contractors operating in the region. Regardless, it is important to note that the GM-94 has been observed in several other countries, including Ukraine, Kazakhstan, and even Libya.

Numerous other weapon systems have also been observed in the hands of pro-Russian forces in civilian clothes or unmarked uniforms, including AK-74M, AKS-74N, AKMS, and AS “Val” rifles, SVD, SVDS, and VSS sniper rifles, PKM and PKP machine guns, GP-25 and GP-30 underbarrel grenade launchers, and PP-9 “Klin” submachine guns. Many of these weapons have been seen fitted with post-production accessories, including rails, foregrips, PBS series suppressors, and various optics.

Original source for image at top unknown. Taken from here.