Deception is one of the greatest weapons at a creative commander’s disposal. Decoys are just one component of the spectrum of deceptive options available to military leaders. Historically, the use of decoys in modern operations was made famous by the US Army’s Operation Quicksilver. This top secret Second World War operation hired artists and engineers to create a range of decoys, including entire airfields populated with wooden planes, and tank divisions crafted from inflatable balloons. In both cases, these served to conceal troop movements and obfuscate commanders’ intentions. More recently, the so-called Islamic State has employed mock-ups of heavy weapons and vehicles to counter-the overwhelming airpower advantage of western and Russian forces operating against them.

The Ansar Allah movement, colloquially referred to as the Houthis, have adopted similar decoy tactics to IS. Starting in late-2017, a few months after the battle of Mosul during which many IS decoys were employed, the decoy Houthi vehicles and munitions started to be seen on the battlefield. IS decoys generally seemed to be more refined, frequently taking the shape of a specific weapon platform or vehicle, even replicating mounted weapons  and accessory details. The Houthi decoys are often much more crude than their IS counterparts. Houthi decoys are generally more approximate in shape and less detailed To make up for the lack of detail, Houthi decoys are typically camouflaged with netting or hidden amongst cluttered terrain. From the air, these may well still be mistaken for real weapons and vehicles. 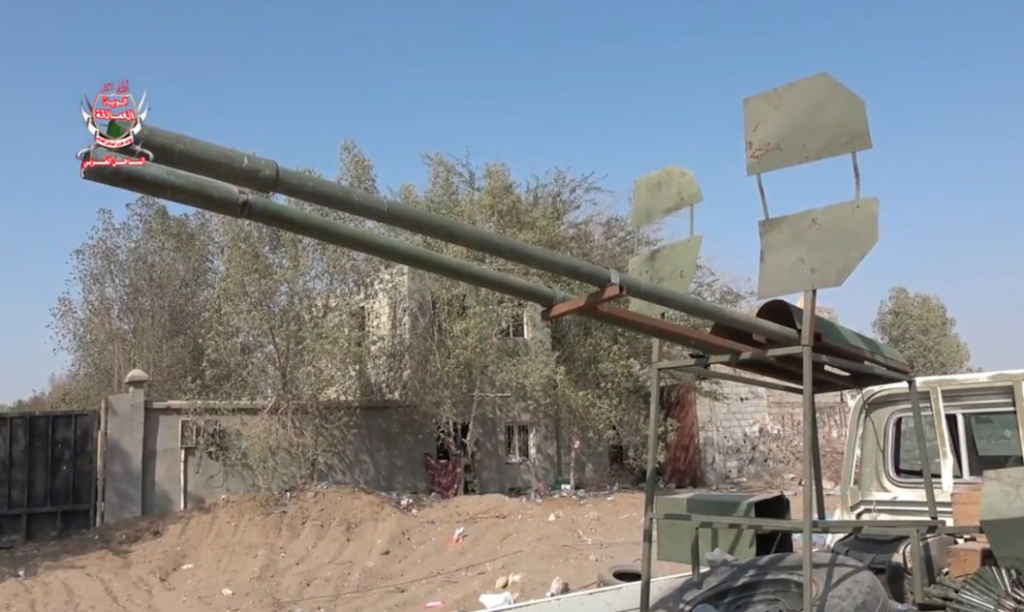 The differences in construction between Houthi decoys and IS decoys likely highlights a difference in the intentions of the two groups. The IS decoys were primarily of specific crew-served weapons and vehicles. By using mock-ups of specific weapon systems, IS hoped to establish achieved three goals: alter the coalition battle plans, conceal troop movement, and project an inflated appearance of force strength. The IS mock-ups were primarily placed in urban areas and served a secondary purpose of directing Coalition airstrikes towards civilians and civilian structures, for both terror and propaganda purposes.

Houthi decoys, on the other hand, are likely intended primarily to serve as a distraction, wasting coalition time and resources. Houthi mock-ups include artillery guns, multiple-barrel rocket launchers (MBRLs), and even tactical ballistic missiles. An analysis of the Houthi decoys shows they are almost always situated in desert valley areas with additional camouflage (e.g. camouflage netting). It is likely that Houthi forces use such mock-ups to present enticing targets for the Saudi-led Coalition, keeping their ‘live’ weapons safely tucked away. The advantage of the Coalition’s airpower is a significant one, and Houthi forces are no doubt seeking ways to level the playing field somewhat. 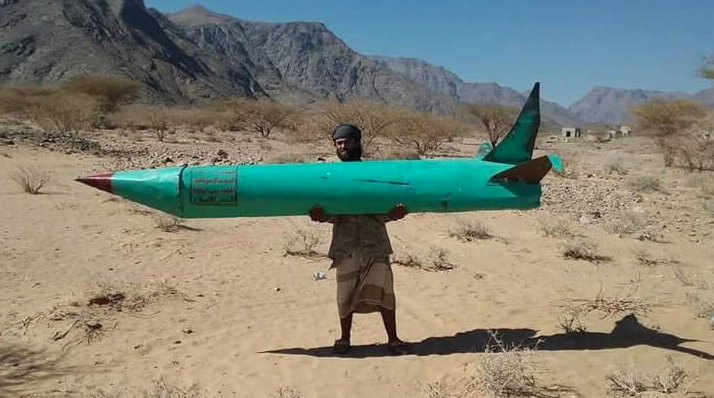 Indeed, the modern usage of decoys in a tactical context has almost entirely served to offset an enemy’s aerial superiority. Whilst modern air power poses a substantial threat to both the Islamic State and the Houthis, these two groups have deployed their decoys in distinctly different ways. Whereas IS hoped to used decoys to alter the outcomes of specific ongoing ground battles, Houthi decoys appear to be geared towards limiting the effectiveness of a sizeable, distributed campaign of airstrikes. These decoys may result in the waste of valuable Coalition resources, not least of all the time spent by analysts and targeteers to identify targets and develop targeting packages. Airframe maintenance, pilot time, and the munitions themselves are also at risk of being used inefficiently. Aircraft actively pursuing false targets are also largely ‘out of the fight’, being less available for close air support (CAS) and intelligence, surveillance, and reconnaissance (ISR) roles. If even moderate success is enjoyed by Houthi forces, such decoys will likely see continued use in the Yemeni war of attrition.