The suicide vehicle-borne improvised explosive device (SVBIED) is broadly considered to have served as the makeshift ‘precision guided munition’ (PGM) of Islamist extremists for the last decade, with their frequent and effective use in the tactical operations of the Islamic State (IS) serving to highlight the phenomenon in the media. Due to the decisive tactical value of SVBIEDs, the Iraqi Army, Iraqi Shi’a militias, and Kurdish Peshmerga forces are steadily increasing the issue of anti-tank (AT) weapons – one of the only effective countermeasures.  Initially, IS used captured Iraqi Army armoured vehicles, such as M113 and up-armored HMMWV variants, as survivable SVBIED chassis. In one case, even a main battle tank was converted for use as a VBIED. As the conflict has drawn on, IS  has transitioned to using commercial vehicles and has engaged in a robust program of armouring SVBIEDs using techniques borrowed from mainstream armoured vehicle manufactures, seeking to make them resistant to attack from AT infantry weapons in the theatre, such as the Russian RPG-7, German Panzerfaust 3, and American M136. Two primary techniques have been employed in the armoured construction of SVBIEDs: sloped armour and slat armour.

Sloped armour has become a common addition to SVBIED constructions, having been employed in mainstream armoured vehicle design since World War 2. This armour’s oblique angles both increase the effective thickness facing frontal impacts, and creates a chance for AT munitions to ricochet or graze on impact instead of detonating with full effect. IS designs of this armour also incorporate some degree of spacing between armour layers, serving dissipate the energy of AT weapons and explosive fragments. 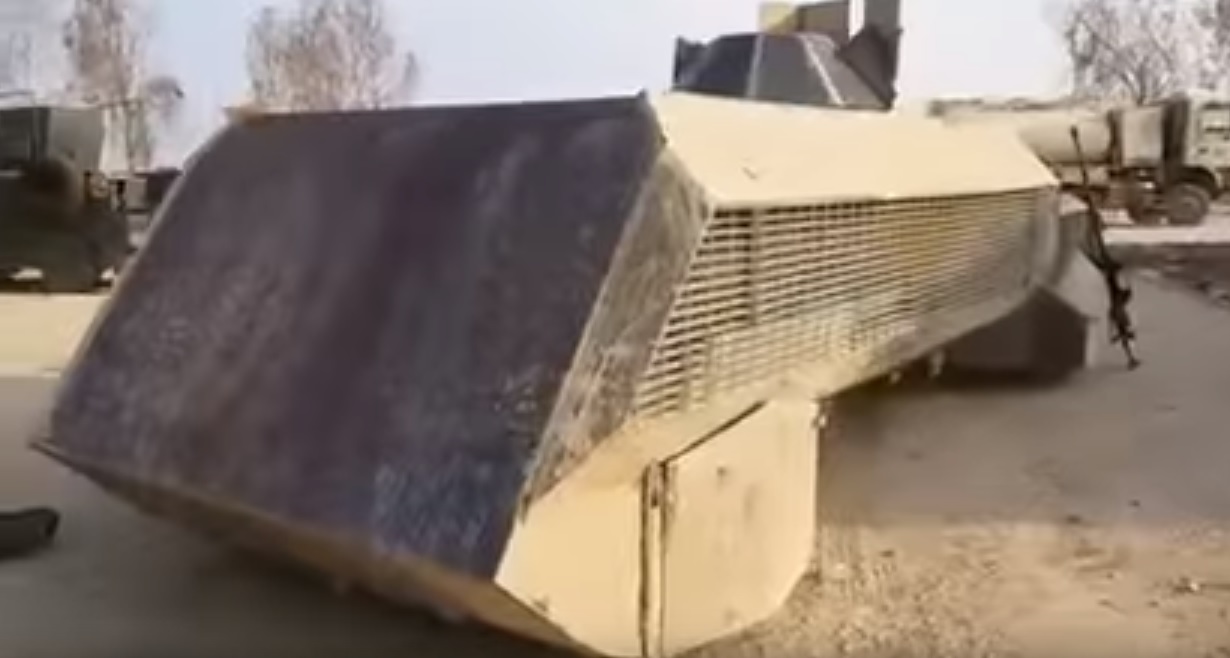 Slat or mesh armour has been commonplace on combat vehicles for some 10 years, with a history of development dating back 60 years or more. This armour type generally takes the form of a metal grid, mesh, or bars, and is most commonly fitted over conventional plate armour. IS VBIED designers have adopted this effective and lightweight add-on armour type. Slat armor serves to impede the proper function of many types of AT munitions that use a point-initiation, base-detonating (PIBD) fuzing system. The armour accomplishes this by either damaging the munition on impact, or by preventing the optimal impact angle to function the fuze. In the event that the munition does function correctly, slat armour can provide an increased stand-off distance, negatively impacting the armour penetration capabilities of many munition types. 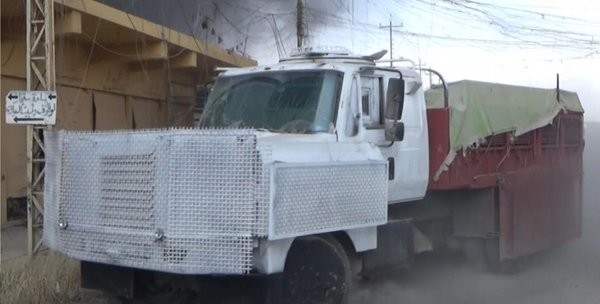 These design improvements have proven effective and have accelerated the anti-tank weapon requirements of forces in conflict with the Islamic State.  Forces aligned against IS in Iraq have received anti-tank guided weapons (ATGW) to counter the continual improvements to SVBIED design. These comparatively advanced weapon systems are designed to defeat the armour of main battle tanks and have proven very effective against IS armoured SVBIEDs. The Islamic State have themselves been targeted by VBIED attacks executed by other militant groups, and have deployed ATGWs  to counter this threat in some areas.

An IntelCenter report indicates that IS has employed bulldozers and other heavy vehicles fitted with improvised armour to clear paths for VBIEDs. The Islamic State has also explored the possibility of employing UAVs as aerial VBIEDs in recent months. UAVs have also been employed to act as aerial observers for the employment of SVBIEDs, helping to vector these weapons towards their intended targets. Both the Islamic State and Jabhat al-Nusra have employed this tactic, which also serves to provide material for information operations and aid in the conduct of battlefield damage assessments (BDA).