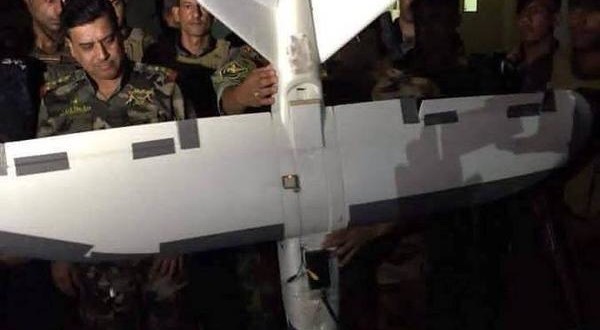 Larry Friese On 3 October 2015 it was reported that Iraqi Federal Police had shot down a small unmanned aerial vehicle (UAV) flown by Islamic State forces, east of Ramadi. They indicated the UAV was being used to monitor and photograph military units deployed in Anbar Province. Photographs of the UAV indicate it was an X-UAV Talon manufactured

Larry Friese Regional media outlets are reporting a Saudi unmanned aerial vehicle (UAV) was shot down in Ta’izz Governorate in southwestern Yemen on or about October 25, 2015. Video of the wreckage shown on YouTube indicates that the UAV in question is a Schiebel Camcopter S-100. The UAV appears to be configured with an Electro-Optical/Infra-Red (EO/IR) sensor on the