The automatic, belt-fed UAG-40 grenade launcher is one of the many domestic arms developments to come out of Ukraine in recent years. It was developed and is currently manufactured by Kusnja na Rybalskomu, a shipyard and major arms manufacturer in Kiev, located on the banks of the Dnieper River. Kusnja na Rybalskomu, known as Leninska Kuznya since 1924, changed its name in 2017 in accordance with new Ukrainian regulations which do not permit references from Soviet times in company names.

Design work on the system began in 2011 and was significantly accelerated by the conflict in eastern Ukraine, beginning in 2014. What makes the UAG-40 stand out from other, similar automatic grenade launchers chambered for the 40 × 53SR mm cartridge is its remarkably light weight, as well as a combination of interesting design features. It weighs just 18 k by itself, with a total mass of 40 kg with a tripod and mounted ammunition box. By way of comparison, the US MK 19 Mod 3 weighs approximately 65 kg with the MK 64 Mod 7 gun cradle on the M3 tripod, without an ammunition box. This substantial reduction is achieved by the widespread use of lightweight materials including titanium (which accounts for 80% of the tripod, for example) and carbon fibre, which is used in parts of the receiver. In addition to the weight reduction, the manufacturer claims to have developed a weapon that is also superior in accuracy. 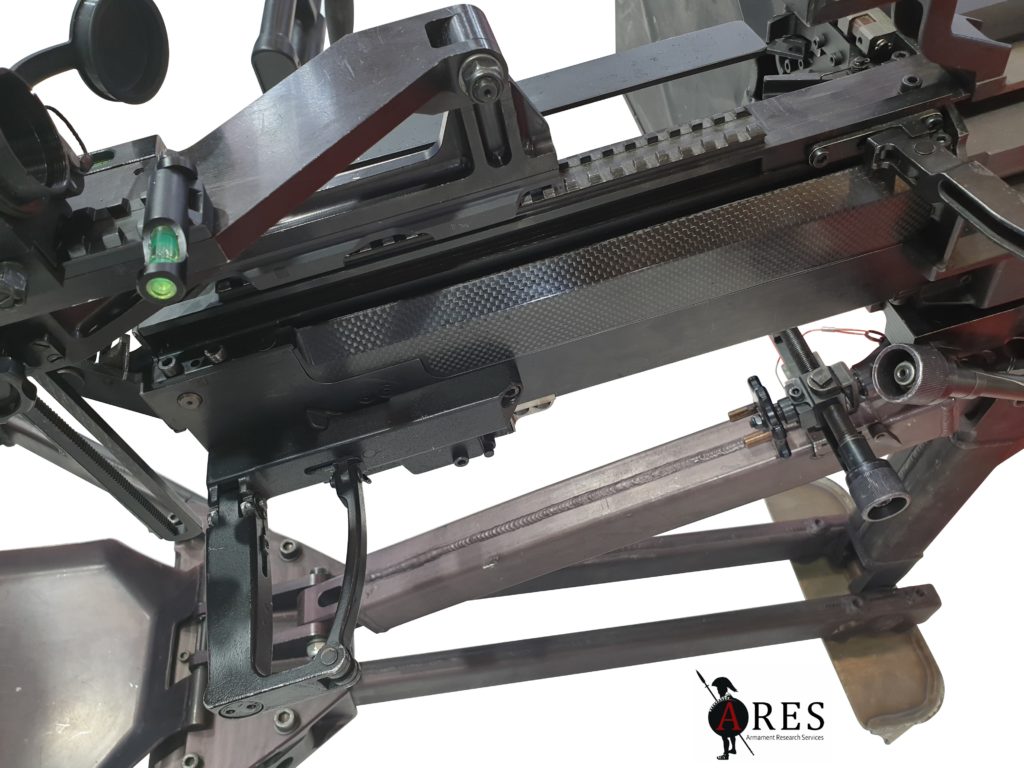 To investigate this claim we must more closely examine the function of the weapon and its internal components. Broadly speaking, to increase accuracy in this type of automatic weapon, a significant reduction in recoil is needed. One way to mitigate recoil within a gun is to increase the mass of the weapon or its mount. With the UAG-40 actively seeking to reduce the total system weight, some sort of recoil mitigation is a necessity.

To tackle this problem, the engineers at Kusnja na Rybalskomu utilised a variant of the blowback operating system that is known as advanced primer ignition (API). The API blowback operating system was developed by Reinhold Becker for his Type M2 20 mm automatic cannon early in the first World War, and was later adapted to famous designs such as the Rheinmetall-Borsig MK 108 30 mm automatic cannon, when a lightweight solution with little recoil was needed and muzzle velocity was not the primary focus. Other AGLs, such as US MK 19 series guns, have also used this operating system.

The essential concept underpinning the API blowback concept is that a cartridge is fired before the bolt is fully in battery and is still moving forward. A key benefit of this operating system is that the rearward impulse exerted by the expanding gasses generated by the functioning of a cartridge must first overcome the forward motion of the bolt, slowing and stopping it before propelling it to the rear of the receiver. One effect of this is that the bolt does not strike the breechface with as much force as it would in a conventional (‘straight’) blowback design, which can help with accuracy. 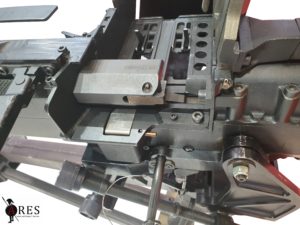 API blowback designs also allow for a lighter bolt—in case of the UAG-40, a bolt of less than 5 kg—and a lighter (‘weaker’) recoil spring, that makes cocking the weapon easier. To ensure that the cartridge case is not ruptured on ignition, API blowback weapons often utilise a chamber that is significantly longer than the round itself. In the case of the UAG-40, the chamber is made of titanium to further reduce weight. Nevertheless, the coordination between bolt mass, ammunition impulse, spring tension, and chamber length must be precise, which generally results in lower muzzle velocities. Additionally, the precise chamber length requirement means the ability to fire a range of ammunition is limited.

While the first two drawbacks are largely irrelevant for a grenade launcher firing the 40 × 53SR mm round, the limitation in ammunition variety is not. This is particularly true when export customers might be expected to have a range of ammunition in their stockpiles. To ensure that the UAG-40 will accept a wide range of available rounds, the engineering team tested the ignition of rounds that were only partly chambered. After conducting some research, they claim that the thick, lower portion of the 40 × 53SR mm cartridge case—the smaller, high-pressure chamber in the ‘high-low pressure system’ of the cartridge case design—withstands the pressures generate by firing even when not fully supported by the chamber. This apparently gives the system a relatively wide margin of error of some 3 to 4 mm within the chamber, which provides enough flexibility to accommodate the commonly available existing rounds in this calibre. Recoil reduction is also enhanced by a multi-chambered muzzle brake. 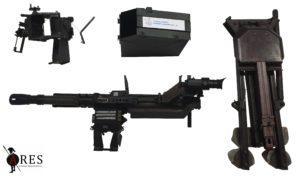 To increase accuracy, the barrel of the gun features an increasing number of rifling grooves as you move toward the muzzle. This is not to be mistaken with ‘progressive rifling’, in which a gradually increasing pitch imparts an increasingly faster spin to the projectile as it progresses towards the muzzle. In the UAG-40, the barrel is divided into three rifled segments. The barrel segment behind the chamber features 12 rifling grooves, the midsection 18, and the last third of the barrel 24. According to the manufacturer, they are also manufacturing a version with 36 grooves in the last segment before the muzzle. Kusnja na Rybalskomu claims that this will enable unmatched accuracy in such a weapon, up to a distance of 1,500 m, while area targets can be hit (depending on the ammunition) to a distance of up to 2,200 m.

According to the manufacturer, the overall service life of the system is approximately 15,000 rounds. The barrel must be changed after some 6,000 rounds, while the recoil spring will last for about 10,000 rounds.

The UAG-40 has its own foldable iron sights and is fitted with Picatinny rail at the rear of the receiver in order to accommodate a wide range of optical sights and night vison devices. The belted ammunition is fed from an ammunition box that is fixed to the left-hand side of the receiver, and the whole system can be easily broken down into two man-packable loads. These fit into two backpacks, with neither load weighing more than 22 kg (excluding ammunition). In addition to the standard lightweight tripod mounting, the weapon can also be mounted on a multitude of vehicles and is also part of the armament of the KENTAVR fast assault craft and an option for the GYURZA-M armoured artillery boat, both produced by the same manufacturer as the gun. 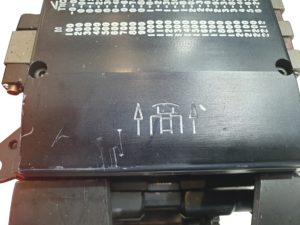 In addition to the UAG-40, Kusnja na Rybalskomu has also designed and is beginning to manufacture limited quantities of two different 40 × 53SR mm cartridges. To improve the reliability of the ammunition, a proprietary fuze has been developed. This fuze has also been installed in domestically produced VOG-25 grenades. Being based in the heart of Kiev, the final assembly including the processing of explosives is undertaken for safety reasons by a company named Impulse in the north-eastern Ukrainian city of Shostka.

The Ukrainian military has acquired a total of 500 systems, beginning in 2016, and is expected to order more. Some sales to customers abroad have also been documented. Currently the manufacturer is focusing on marketing the product to potential international buyers, with a clear focus on countries in the Middle East. With sufficient financial and technological background to support further development, the UAG-40 is a design that demonstrates potential for an evolution into a successful product and should therefore be closely monitored in the upcoming years.

Interviews with manufacturer, Istanbul, 2 May 2019.

Credit for all images: Kristóf Nagy/ARES.