The 2B9M Vasilek (‘Cornflower’) is a breech-loaded, long recoil-operated automatic smoothbore medium mortar. It is a modernised, air-cooled version of the 2B9 water-cooled mortar, itself derived from the earlier F-82 automatic mortar. Development of the 2B9 began in the late 1960s, with the Soviet army adopting the weapon in 1970. The modernised 2B29M was introduced in 1982, and adopted in 1983. The mortar weighs 632 kilograms and is 4.115 m long in overall length. It is typically mounted on a lightweight wheeled carriage, similar to those seen with field guns, and is equipped with the PAM-1 (ПАМ-1) optical sight. The muzzle can be traversed from -1 ° to +89 °, and can be employed in direct fire mode as a light anti-tank gun if required. Hungary, who also produce a copy of this system, employ their BEKM-82 high explosive anti-tank (HEAT) projectile for this purpose.

The 2B9M can fire standard 82 mm Eastern Bloc mortar projectiles loaded into four-round en bloc clips which are fed from right to left. Single projectiles (such as illumination or smoke rounds, and/or those using variable charges) may also be loaded individually into the muzzle of the weapon. The weapon has a cyclic rate of approximately 170 rounds per minute. One four round clip can be fired in around two seconds. Depending on the ammunition used, the mortar’s range can be increased up to 4,270 metres. The 2B9M can be seen in use with the Russian military in the video below. 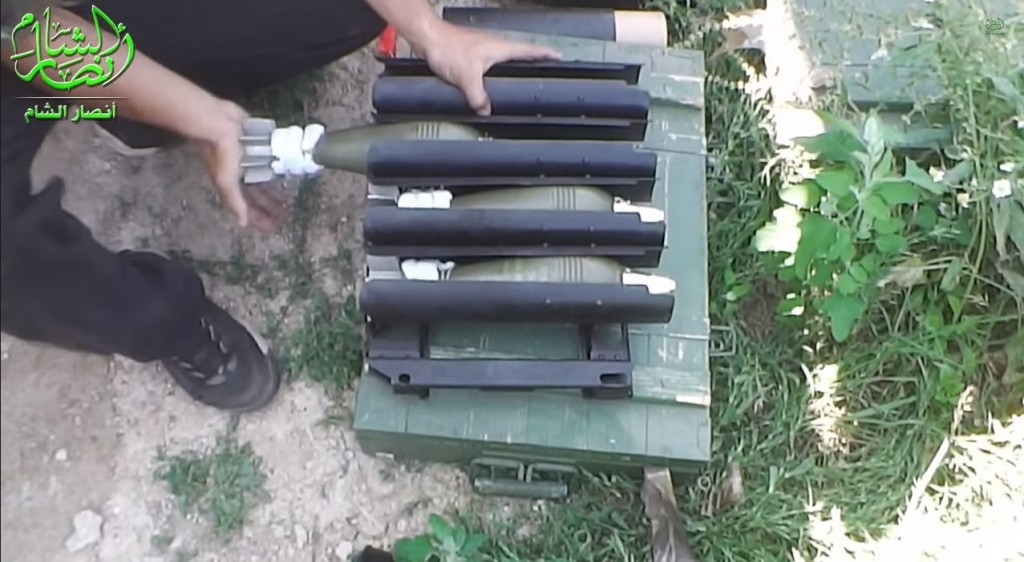 It is unclear how Ansar al-Sham acquired the weapon. Syria is not known to be a user of the 2B9M system, however not all arms sales to Syria have been disclosed. It is also possible that the weapon seen in Syria is a Chinese copy of the 2B9M, known as the W99. The W99 is nearly identical in appearance to its Russian counterpart, and shares the same technical characteristics. Several other states are also users of the 2B9M system, including Croatia, where other weapons trafficked to Syria are known to have originated. 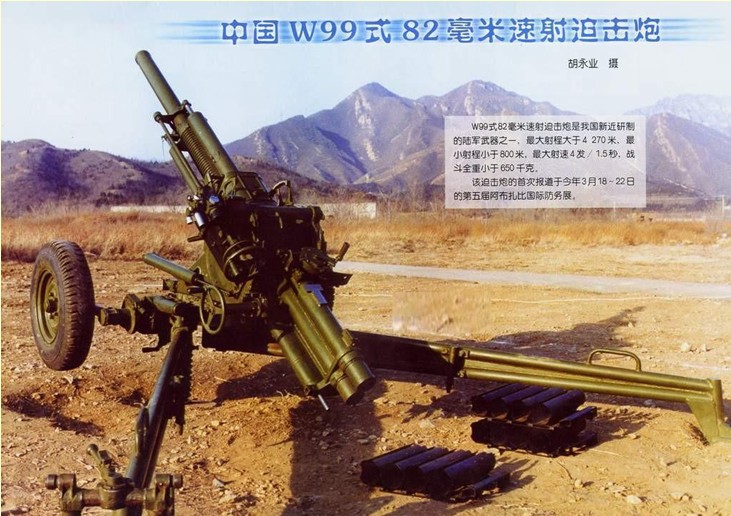