In a statement released yesterday, the Ukrainian Ministry of Foreign Affairs alleged proof of the illicit transfer of Russian produced Man-Portable Air Defence Systems (MANPADS) into the hands of pro-Russian separatist fighters in Ukraine.

According to the Ministry, outer packaging for a 9M39 MANPADS missile was recovered on 6 June following fighting at a checkpoint in Marinivka, Donetsk. Photos of the crate show paperwork indicating that it was previously stockpiled in a Russian military facility in Yeysk, Russia, with inventory markings indicating it was in storage there as recently as 12 April. The statement goes on to ask for an explanation from the Russian Federation, and accuses them of interference in Ukrainian domestic affairs, as well as contravening Wassenaar Arrangement conditions relating to elements for export controls of portable air defence systems. It is important to note that no missiles were recovered, and that the missiles alone do not constitute a complete MANPADS. 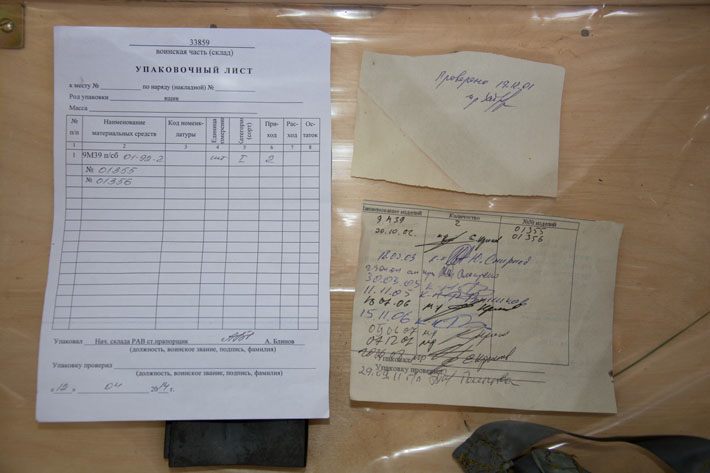 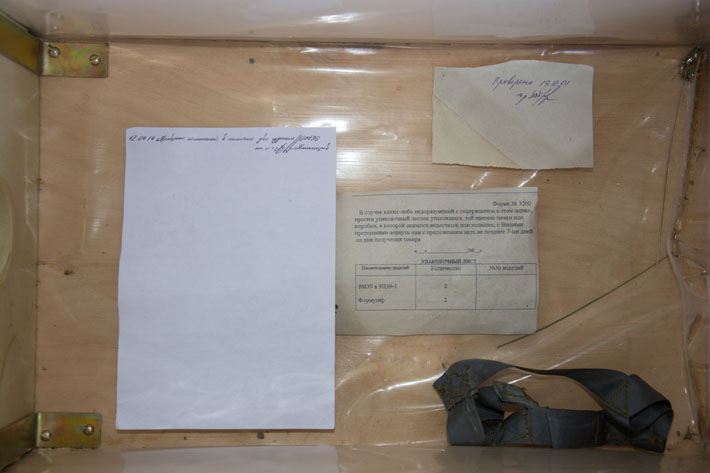 The 9M39 missile features a solid-fuel rocket motor and a high explosive fragmentation (HE-Frag) warhead weighing 1.27 kg and containing 400 grams of OKFAL-20 explosive, and is a component of the 9K38 Igla (Игла́; ‘needle’) MANPADS. The complete system is comprised of the 9M39 missile (loaded into 9P39/9P39-1 launch tube), along with the 9P516/9P516-1 gripstock and 9B238 battery coolant unit (BCU). With a maximum range of 5.2 km and a ceiling of 3.5 km, the 9K38 is a capable anti-aircraft system, and was alleged to have been used in the shooting down of a Ukrainian transport plane in separatist-controlled Luhansk on 14 June. Polish PPZR Grom MANPADS were also documented within Ukraine earlier this year, having been seized from pro-Russian separatists. Details on these and other weapons of interest will be featured in an upcoming ARES publication examining small arms and light weapons (SALW) documented during the ongoing conflict in Ukraine.

With development beginning in 1972, the Igla aimed to improve upon the existing Strela series of missiles (9K32, 9K32M, 9K34 etc.) with increased resistance to countermeasures and a longer engagement range. The most recent variant of the Igla, the 9K338 Igla-S, fires the 9M342 missile, with a range extended to 6 km, updated countermeasure-resistance, and a larger explosive warhead. Technical specifications for the 9K39 system are below. Want to grow weed from seeds? Learn how weed seeds amazon , how to sex marijuana plants, and how to properly germinate your cannabis seeds.