One of the greatest mysteries of the Syrian military industrial complex is a 302 mm rocket system known as the Khaibar-1 (also referred to as the M302 or M-302). Information about this system is limited, largely due to the lack of primary source material and low number of useful photographs. On March 5th of this year, the Israel Defence Forces (IDF) reported that a special operations unit of the Israeli Navy, Shayetet 13, seized the Panamanian-flagged merchant ship Klos-C in the Red Sea. Part of the shipment seized included Syrian rockets referred to by the IDF as the M302, supposedly destined for the Palestinian groups in the Gaza Strip.

Khaibar-1 rockets are 302 mm unguided, rail-launched surface-to-surface rockets with a fixed fin configuration, fired from four and six rocket capacity box launchers. These have been documented in fixed positions, as well as mounted on light trucks and semi-trailers. These multiple launch rocket systems (MLRS) have been documented in the aftermath of Israeli strikes in Lebanon, in 2006, and as captured by rebels in Syria, in 2013. 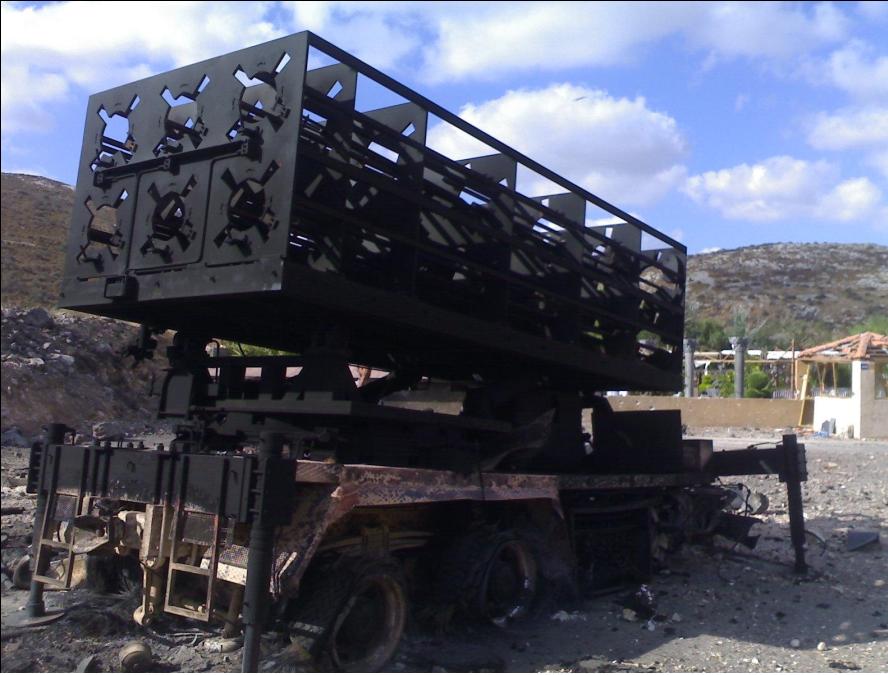 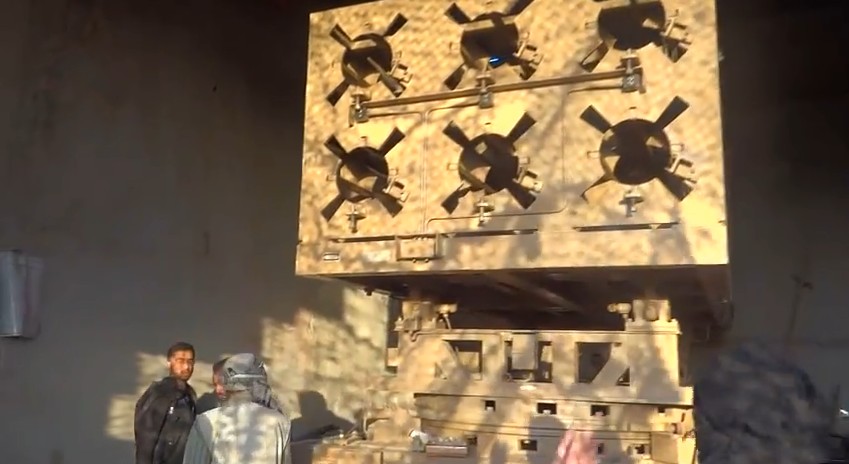 A fixed Khaibar-1 launcher, captured by Syrian rebels from pro-government forces in 2013 (source).

The system is clearly not related to any known Soviet/Russian or Iranian MLRS. Whilst launchers have previously been documented, public domain imagery of Khaibar-1 rockets limited to a handful of pictures documenting fragments that remained after their use by the armed wing of the Lebanese movement Hezbollah against Israel during the conflict in 2006. 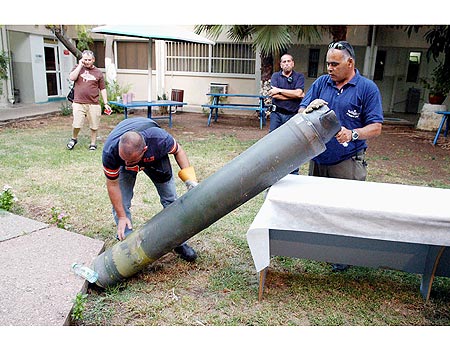 Photos and videos of the captured rockets aboard the Klos-C released by the IDF constitute, to our knowledge, the first open source images showing the entire Khaibar-1 (M302) rocket. According to the IDF, the rockets were manufactured in Syria and then transported to Iran for shipment to Gaza. Iran is known to have assisted with Syrian rocketry programs in the past, and there is an established precedent of weapons being manufactured in Syria and then transferred to Iran, and further abroad. The following video and images were released by the IDF (the last image is a screen capture from the video). 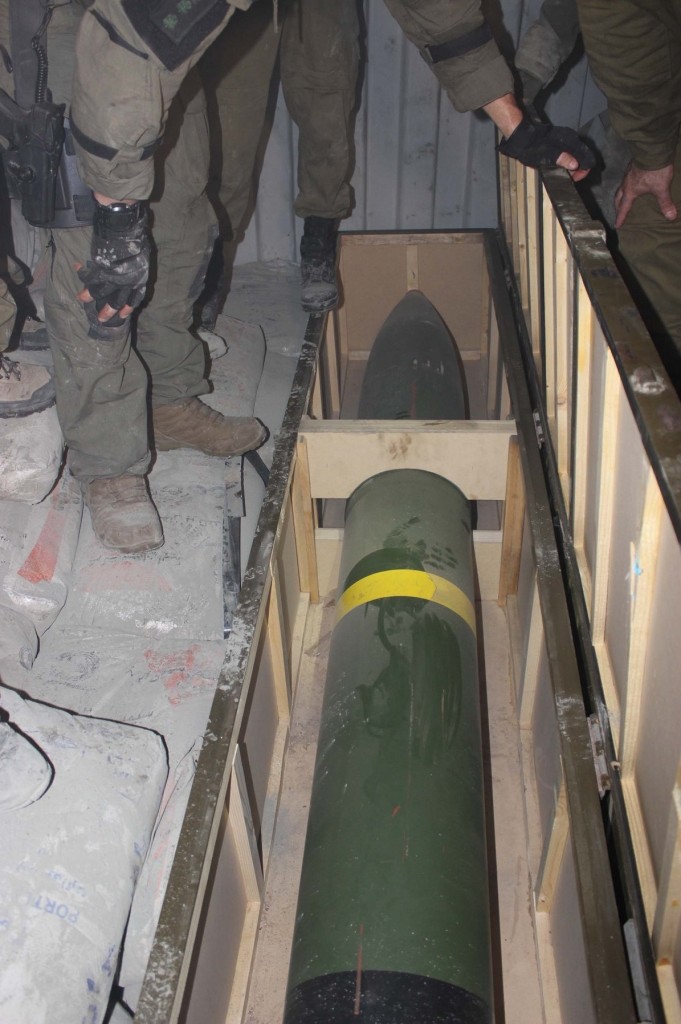 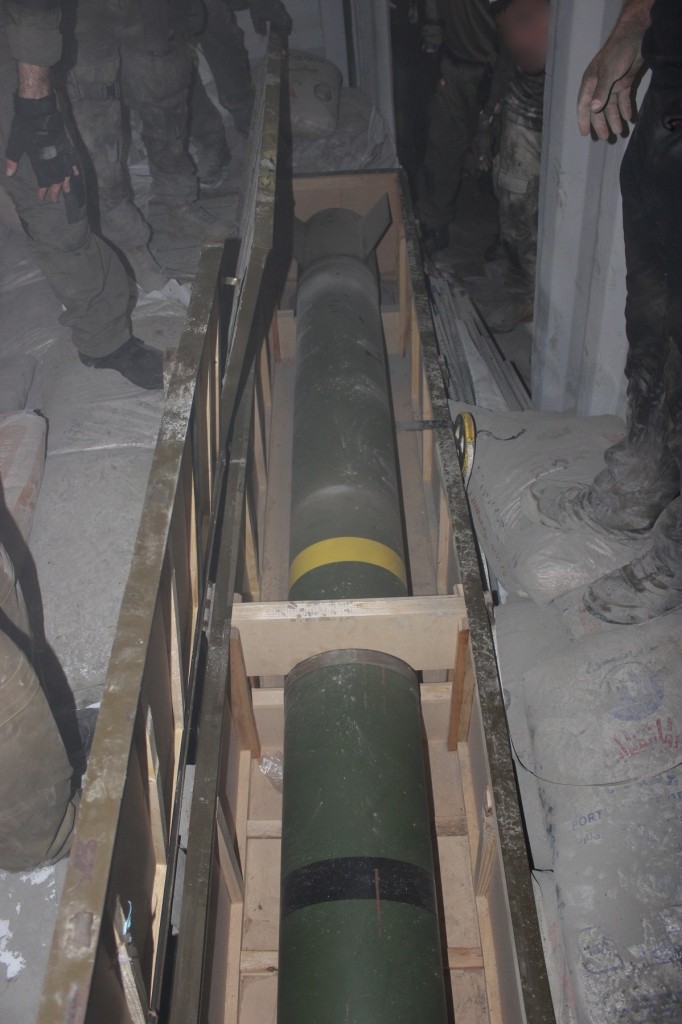 It has long been thought that Khaibar-1 (M302) rockets are Syrian derivatives of rockets for the Chinese WS-1 and/or WS-1B MLRS. The WS-1 (卫士; Weishi or “Guardian”) series rockets are visually very similar to the Khaibar-1, and the launchers also share some characteristics. With the emergence of the images released by the IDF, the arguments for the systems’ shared origin are further strengthened:

There appear to be several variations in identifying characteristics between the captured Khaibar-1 rockets displayed by the IDF. There are two types of fins, differences in ogive shape (some are more conical, others more parabolic), and some differences in marking (width and positioning of coloured bands, etc.). More images are available here.

Below are data sheets for the WS-1 and WS-1B, showing the relevant technical characteristics as well as the obvious visual similarities between the WS-1 series and the Khaibar-1. 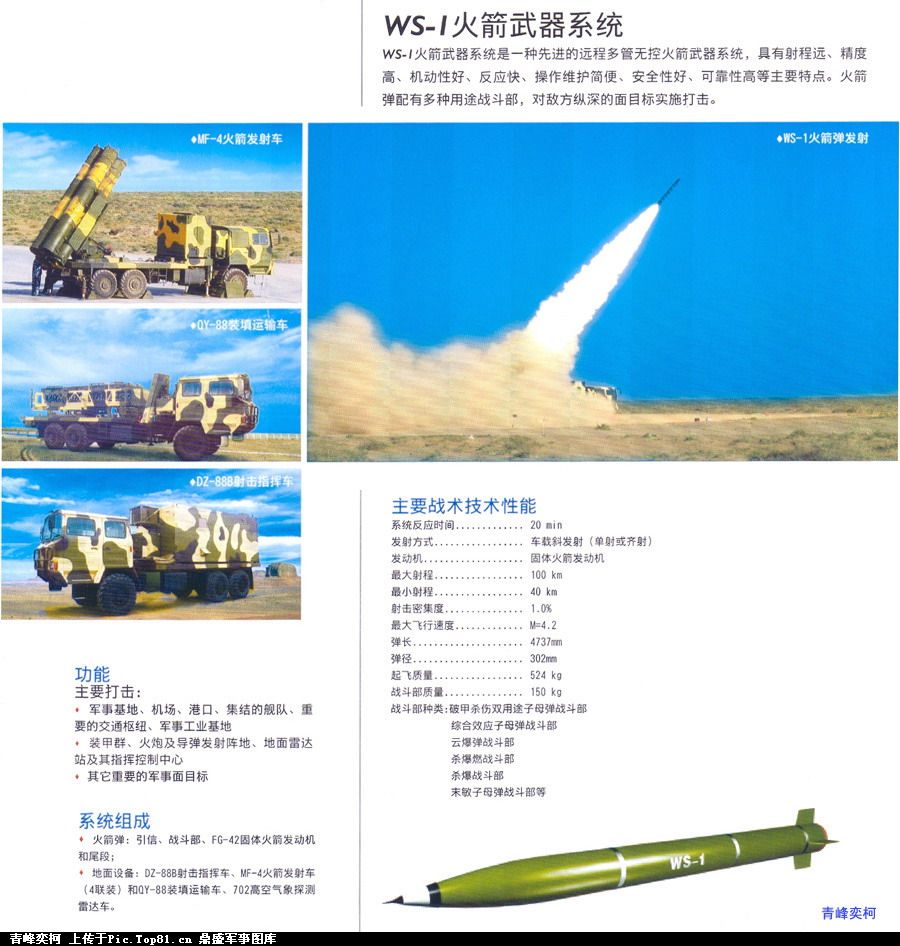 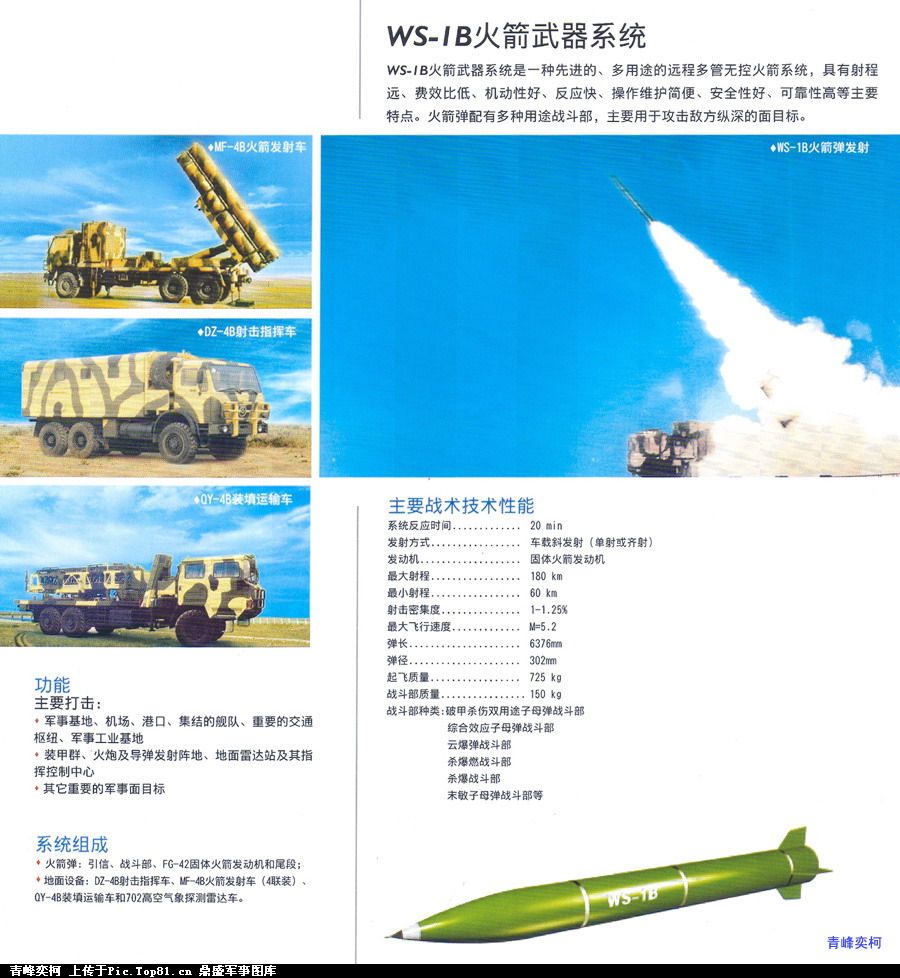