The Chinese Chang Feng CF05 sub-machine gun remains in service with security forces in Venezuela. Perhaps the first appearance of this weapon in the country was during an awards ceremony in November 2017. In July 2018, it was observed during a rehearsal for the Independence Day parade on 5 July.

According to local sources, the weapon is being issued in small numbers to the 509 Special Forces Battalion of the Army, Presidential Honor Guard personnel, and members of the Special Unit for Security and Protection of State Personalities (UESPPE). Taking into account the military units that the weapon has been issued to, it is very likely to be used in a close personal protection (CPP) role. The Chang Feng SMG has been pictured in Venezuelan service without accessories, and in a configuration fitted with the Chinese LLR-2 light/laser module, optical sight, and suppressor. 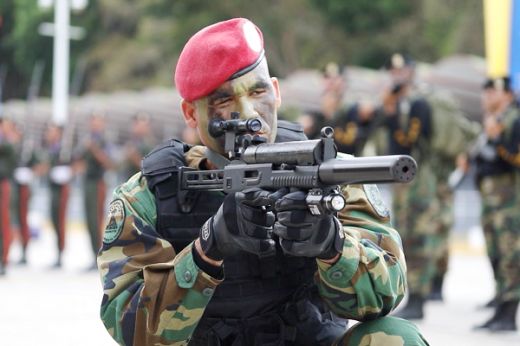 The Chang Feng design is a hammer-fired, blow-back operated sub-machine gun firing from a closed bolt and feeding from a fifty-round helical magazine. A forthcoming ARES article by N.R. Jenzen-Jones will provide further details on the weapon. The technical specifications from that article are reproduced below. 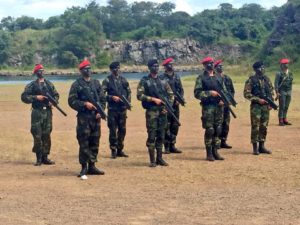