Did HJ-8E ATGWs in Syria originate in China?

In recent months, Chinese HJ-8E anti-tank guided weapons (ATGWs) have been documented in the hands of anti-government fighters in Syria. The HJ-8 (Hong Jian-8, or “Red Arrow-8″) is a second generation ATGW, operating on the semi-automatic command to line-of-sight (SACLOS) principle. Use of the HJ-8 requires that the operator continually keep the target in the system’s electro-optical sight, until the wire-guided missile has impacted. The HJ-8E is equipped with a PTI-32 thermal imaging sight.

The HJ-8E is capable of engaging targets from 100m, out to 4000 metres. The system is widely regarded as accurate, and a trained operator can launch two to three missiles per minute. The system can be broken down into four component parts (IR goniometer, guidance unit, tripod mount, and missile tube) for portability, and variants can be mounted on air and ground vehicles. The total system weight is 89.2kg.

The HJ-8E fires a 120mm diameter missile of 875mm in length, with a tandem warhead designed to penetrate explosive reactive armour (ERA). The original HJ-8 system is described as being able to penetrate 800mm of rolled homogeneous armour (RHA), however the later variants of the missile are thought to be capable of greater penetration, with figures from 1000mm (for the HJ-8E) to 1400mm being suggested. The two-stage, solid propellant missile has a flight speed of approximately 200 to 220m/s. The missile bodies are believed to be constructed of a combination of steel, aluminium, fibreglass, and Bakelite. The HJ-8E system can fire all earlier HJ-8 series missiles. 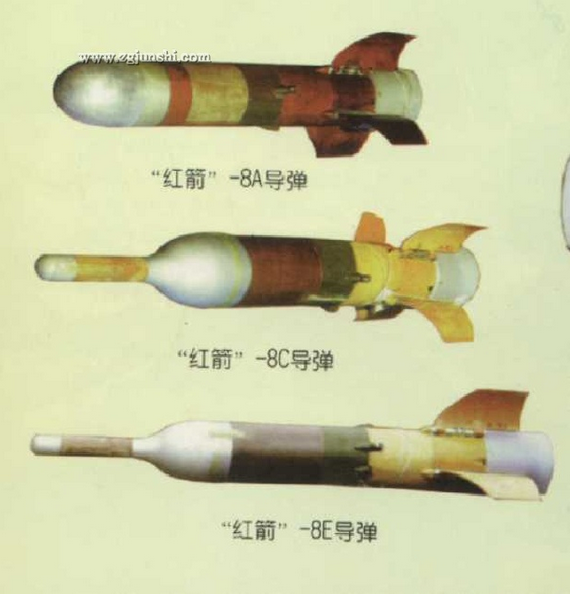 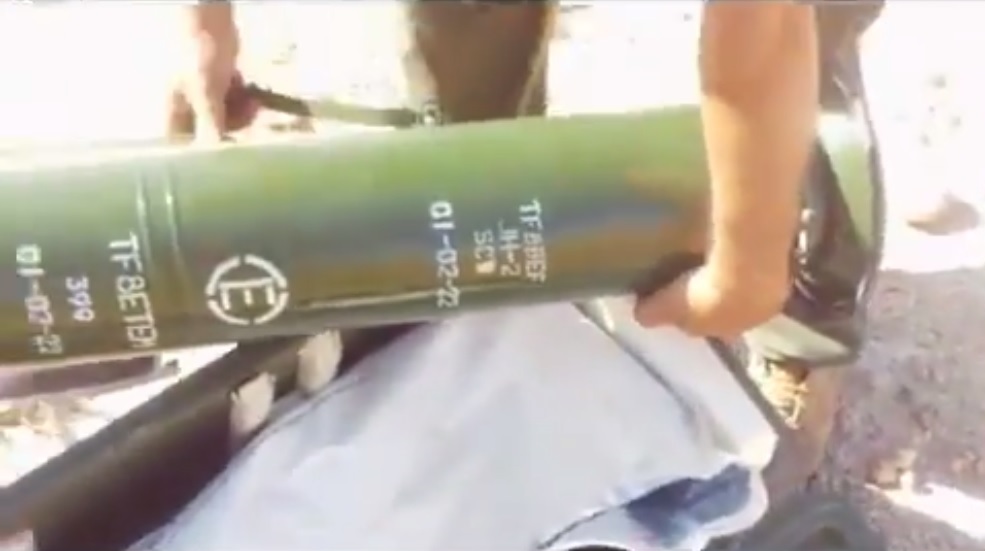 Qatar is thought to have supplied various weapons procured from Sudan to rebel forces, including Chinese FN-6 MANPADS. Several other weapons produced in China and known to be in service with the Sudanese Armed Forces may also have been supplied by Qatar to rebel forces, including M99 anti-materiel rifles, QLZ-87 automatic grenade launchers, small arms ammunition, and mortar projectiles. A source in Syria indicated that “anti-tank missiles” were provided by Qatar, and it seems likely that these may have included HJ-8 type systems.

My thanks to John Schmidt and Michael Weber, for their assistance with this piece. HJ-8 missiles image taken from zgjunshi.com; Syrian HJ-8 image available here; topmost image from this video. This post originally appeared at The Rogue Adventurer.

One thought on “Did HJ-8E ATGWs in Syria originate in China?”