Photos uploaded to Ukrainian forums as early as December 2014, and social media sites more recently, show further examples of the comparatively modern Russian 9K135 Kornet  (Корнет; ‘Cornet’) anti-tank guided anti-tank guided weapon (ATGW) ostensibly being employed by pro-Russian separatist forces in the Ukrainian conflict. The remnants of several 9M133 missile bodies, several with plainly visible markings, were alleged to have been recovered by Ukrainian government forces near the town of Schastye, in the Lugansk region, after clashes with separatist forces. 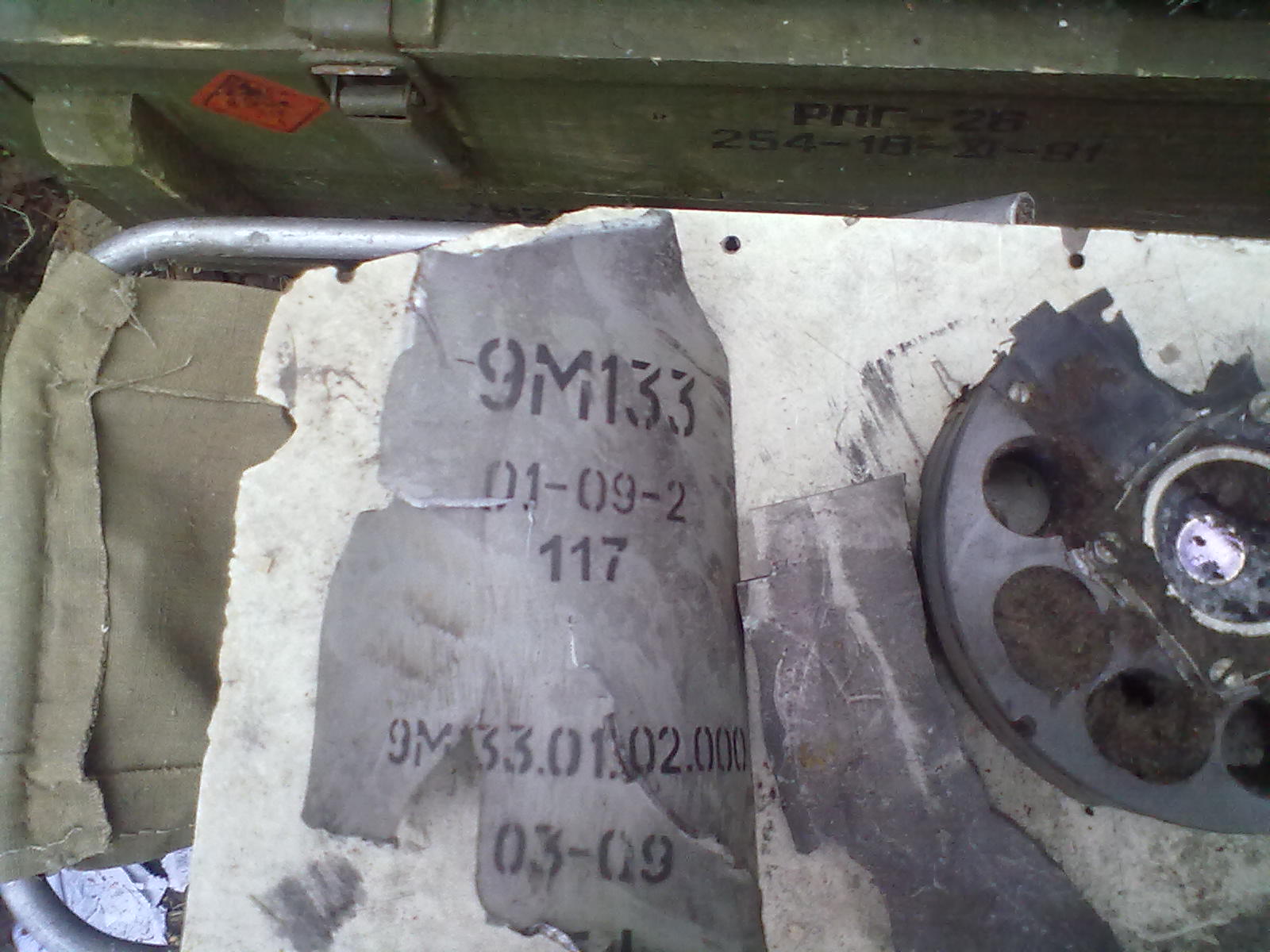 One missile body fragment, shown above, bears markings indicating a manufacturing date of 2009. ARES has previously discussed the Kornet ATGW (NATO reporting name: AT-14 Spriggan) in ‘Research Report 3: Raising Red Flags’, our research report documenting the arms and munitions of the Ukrainian conflict observed until November 2014. At that time, only discarded  missile tubes had been observed. The report listed the presence of the 9K135 Kornet as a ‘flag item’; a munition noteworthy for not being produced in Ukraine, nor known to be in the inventories of Ukrainian security forces. As such, the presence of these systems in the hands of pro-Russian separatists merits further investigation as to how they acquired them.

The Kornet system has long been in service with the Russian armed forces, has been exported to several other states, including the Middle East and Africa, and has been seen in the hands of non-state armed groups in Gaza, Iraq, Libya, Sudan and Syria.