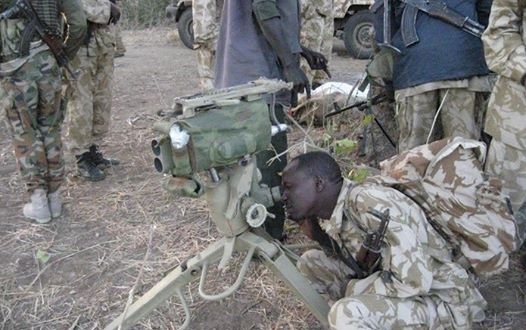 According to a freelance journalist on the ground in Sudan and South Sudan, the Sudan People’s Liberation Army – North (SPLA-N) captured a variety of arms and munitions from Sudanese Armed Forces (SAF) fighters yesterday, during fighting in Genezya, 18 km east of Kadugli, the capital of the Sudanese border state of South Kordofan. Amongst the weapons recovered were components of a Russian Kornet-E or Kornet-EM anti-tank guided weapon (ATGW), including a 9P163M series tripod launcher and 1P45M-1 or similar optical sight, and several Kornet missile tubes, formerly containing missiles likely of the 9M133-1 high explosive anti-tank (HEAT) type. The 1PN79M thermal sight, often exported with the system, is not visible in the images. 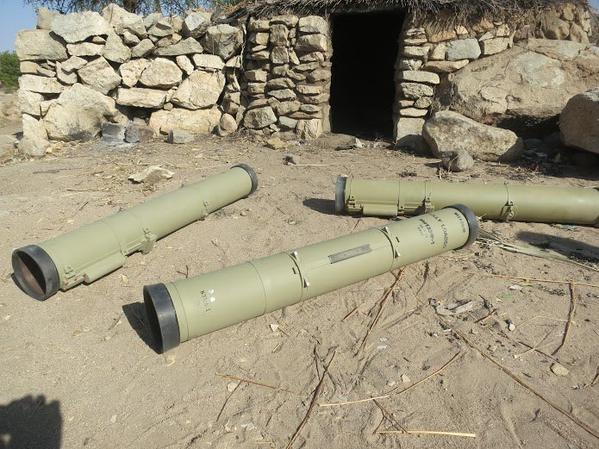 The 9K135 Kornet (Корнет; ‘Cornet’) systems (NATO reporting name: AT-14 ‘Spriggan’) are amongst the newer, more capable Russian made ATGW systems. The 9M133-1 missile features a tandem shaped charge HEAT warhead, designed to defeat the explosive reactive armour (ERA) often encountered on modern tanks. It is believed to be capable of penetrating 1000 – 1200 mm of rolled homogeneous armour (RHA). Variants of the Kornet missile exist with thermobaric warheads, the most common being the 9M133F-1.

The Kornet system has previously been documented in the hands of non-state armed groups in Syria, Libya, Gaza, and elsewhere.

Range given is for daytime use. Listed range for night-time use is dependant on the limitations of the thermal sight fitted, where present. Export models of the Kornet are believed to be sold only with the 1PN79M thermal sight, with target recognition up to 2500 m.

One image of captured weapons also features two Chinese made QLZ87 automatic grenade launchers (AGL), known to be in service with SAF. 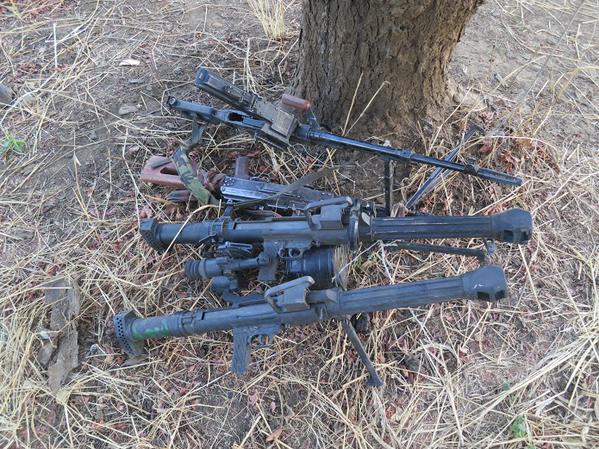