Just as muzzle-loading firearms are symbols of faded Imperial glory to western Europeans, and of resistance and self-reliance to Americans, antiquated firearms remain important symbols to people in the Middle East. As well as turning out craft-produced Kalashnikov rifles, Makarov pistols, and more besides, there remains a strong market in the craft production of antique types. Many foreign soldiers and tourists in Afghanistan have fallen foul of these refinished or even scratch-made ‘Khyber Pass’ firearms. Many of these are copies of antique British military firearms, notably the late nineteenth century Martini-Henry (.450 in). Original Martini rifles and carbines were brought to the region by British soldiers deployed to fight what is now known as the Second Anglo-Afghan War (1878). It is now rare to find an original, most offerings being regional period copies, or outright fakes made in recent decades. However, these weapons are not solely produced to deceive or profit from foreigners. Many are purchased by locals who are either not aware of this rampant fakery, or (given that they can often see the gunsmiths making these very weapons) simply do not care. These are, first and foremost, symbols of a long insurgent heritage in the region. Indeed, there is a parallel industry in replica arms in the ‘West’, where one can buy everything from an authentic reproduction medieval sword to a firing replica of a flintlock pistol.

One such reproduction recently came to light in a video of the seizure of the Ayyash weapons depot in Syria by Islamic State forces. It appears at 16:31 in the video. 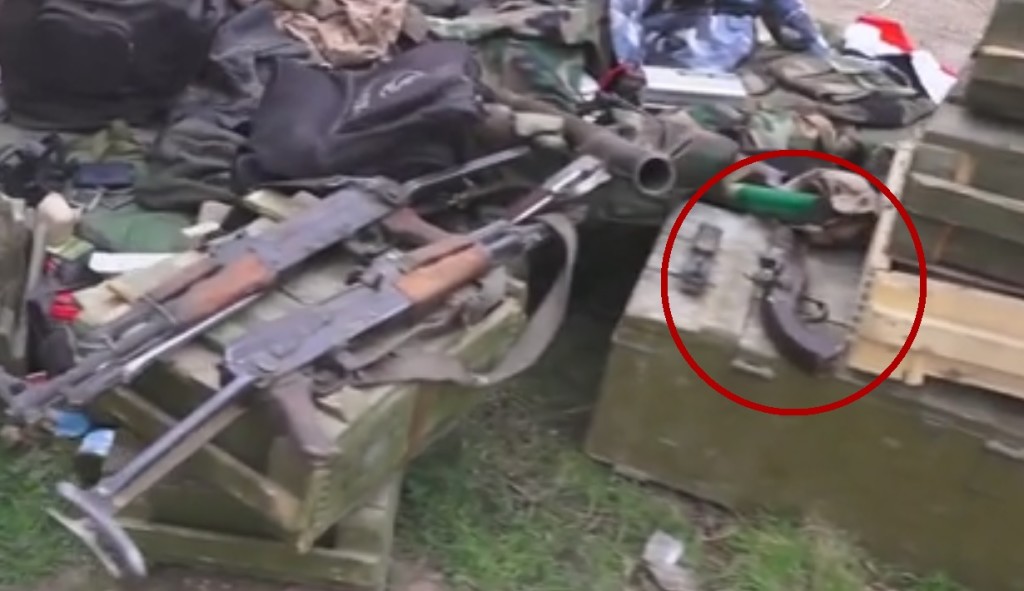 Though the filming angle and distance do not permit a full identification, it clearly features a crudely carved wooden stock and a flintlock mechanism. Though it is possible that someone has replaced the stock of a genuine antique, it is far more likely to be a replica. These may be purchased fully finished, or in kit form (such kits are readily available online. We cannot guess at the motivation of the individual who acquired or built this pistol, nor what his intended purpose was. Nor can we be sure how such a curio might have ended up stored alongside viable centrefire small arms at a government facility. We will also never know whether its new owners will be moved to keep the object for their own reasons, or to simply discard it as useless. Nonetheless, we can be certain that this primitive weapon has virtually no practical purpose in a 21st century war zone. It is therefore likely that a Syrian soldier was thinking of his national or even family military heritage as he held, fashioned, or perhaps even fired this pistol. Though it is not, as it may appear to some, a piece looted from a museum, such weapons may be one day be found in a museum collection. Traditionally, improvised firearms like this Mau-Mau example have been collected primarily as trophies by foreign soldiers. However, in future museums may collect them (as they do other artefacts like the ‘war rug’) for their intrinsic meaning as a modern day cultural artefact.

One thought on “Muzzleloaders in Modern War”