Pictures taken at this year’s MAKS aviation trade show in Moscow show the latest Russian man-portable air-defence system (MANPADS), the 9K333 Verba (“Pussy Willow”). ARES has previously written about the 9K333 Verba in mid-2014, when it entered service with Russian forces, and these new images represent the best view of the system to date. 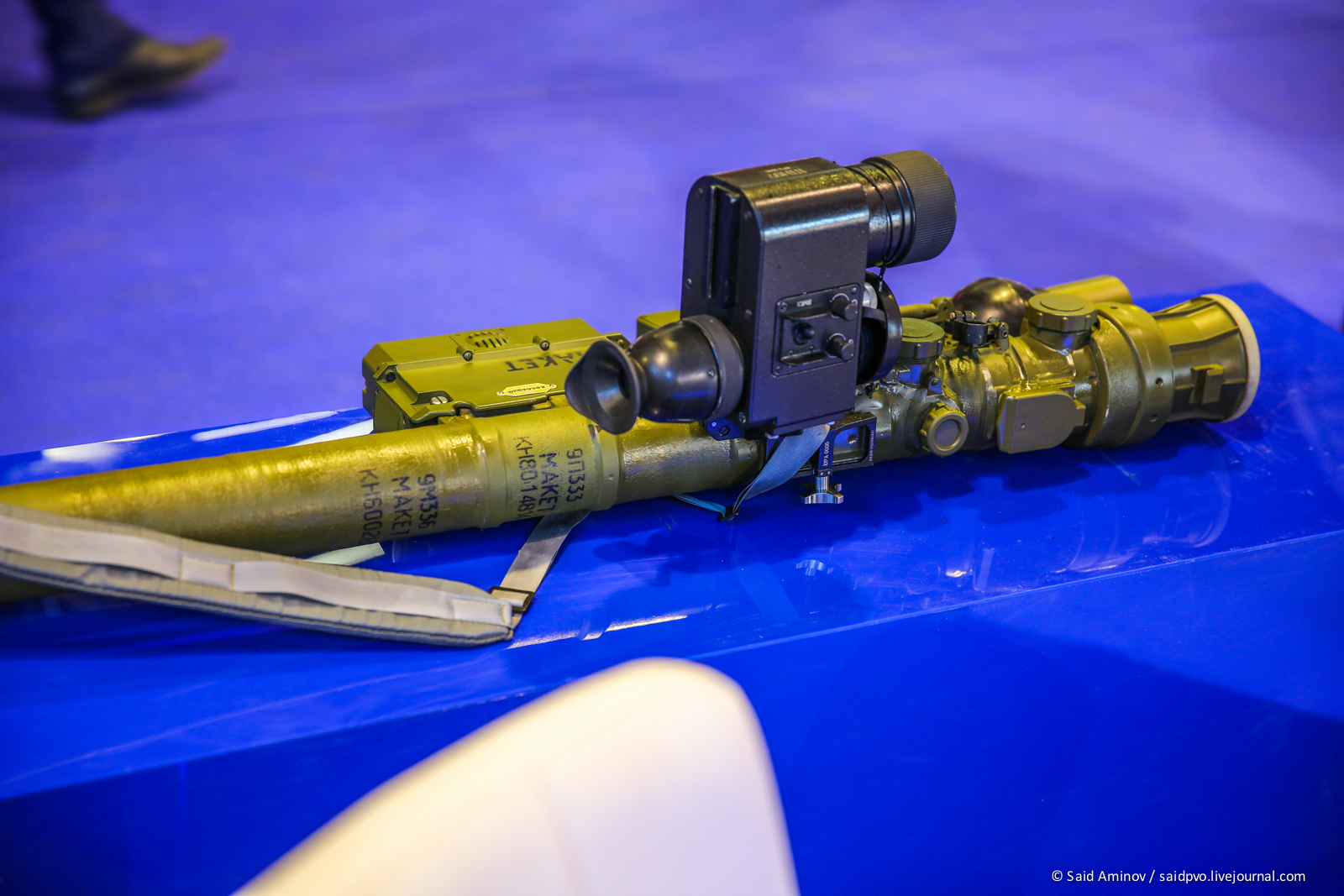 Markings read ‘9P333’ for the Verba’s launch tube, and ‘9M336’, indicating the missile used with the system.

The 9K333 is visually similar to previous generations of Russian-made MANPADS, especially the 9K338 Igla-S, but can be most easily identified by the presence of a raised, rectangular dust cap on its top side, towards the forward end of the launch tube (see below).

Demonstration models of the 9K333, top, and the 9K338, below. Note the presence of the raised rectangular dust cap on the top forward section of the 9K333’s launch tube, amongst other minor differences.

According to a spokesperson for the Russian design bureau KBM, the 9K333 is capable of acquiring targets travelling towards the firer at speeds of up to 320 m/s, and travelling away at up to 400 m/s. KBM declared earlier this year that the 9K333 had been approved for export sales, and that an unidentified foreign customer had already expressed interest in purchasing them.

With thanks to Boris Karpa and Yuri Lyamin.