This post accompanies the seventeenth in a series of collaborative videos produced with ARES Researcher Ian McCollum, who also runs the Forgotten Weapons blog and YouTube channel. Using access to unique collections facilitated by ARES, this series of videos will examine a range of interesting weapons over the coming months. Each video will be accompanied by a blog post, here on The Hoplite, and supported by high quality reference photographs. – Ed.

Important Note: Manufacture, or even attempted manufacture, of an unlicenced firearm is a serious crime in many jurisdictions around the world. In addition, even possessing copies (hard or soft) of Luty’s designs and instructions could be deemed criminal under certain circumstances. Would-be firearms designers should take note of and abide by relevant national and local laws. Please note that this post is provided for educational purposes only. ARES is an apolitical organisation.

The weapons featured in the video above are the original examples of what the designer, Philip A. Luty of West Yorkshire (UK) dubbed simply ‘The 9mm Submachine Gun’. This was part of a series of designs that Luty called ‘Expedient Homemade Firearms’ (also the title of his series of instructional books, published by the US-based Paladin Press). It made extensive use of folded sheet metal, machined bar stock, and household ‘DIY’ items such as washers and ‘Allen’ (hex) screws. Even parts which may be considered readily-available in many states, such as the pistol grip and magazine, were scratch-built. As a result however, no attempt has been made at barrel rifling, a shoulder stock, or the provision of even basic ‘iron’ sights. This, together with a lack of factory-style tools and test equipment, resulting in sub-optimal quality control, is likely to seriously compromise the capability of the weapon. Blowback sub-machine guns may be simple and cheap to produce, but they are highly sensitive to internal geometry and details of magazine design in particular. The capabilities of these two examples, one of which is fitted with a simple sound suppressor, are therefore unclear. Luty’s very conviction shows that at least one of them did constitute a firearm by the standard of English law, but reliable functioning would not be necessary to prove this legal point. 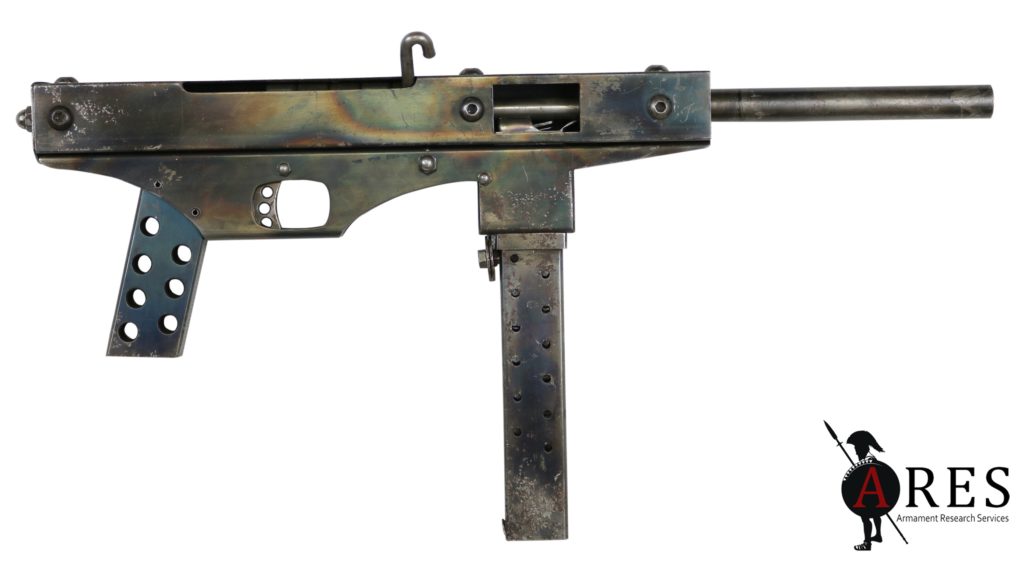 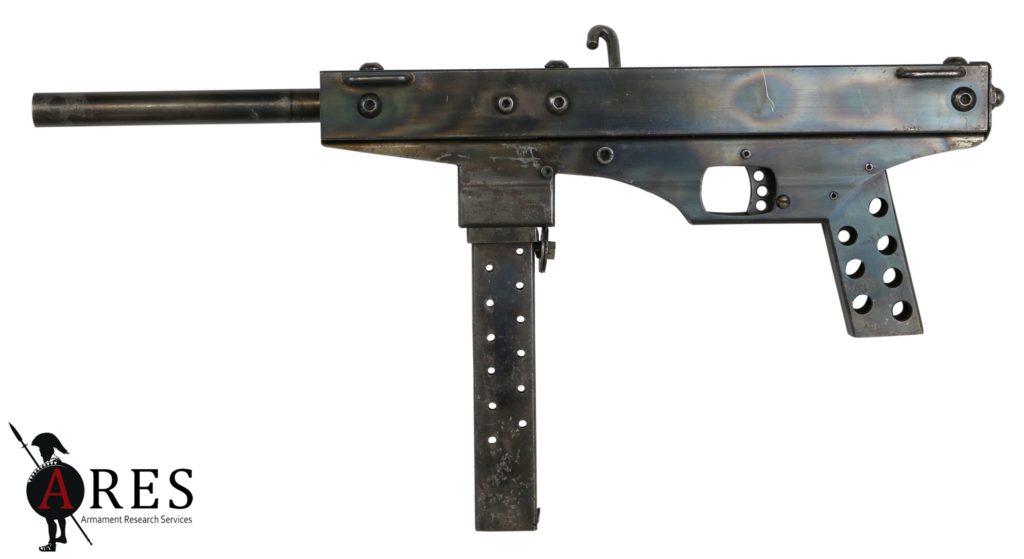 Luty’s clear — indeed, his stated — intent was to make a political point on the subject of gun control. If a firearm could be manufactured entirely from scratch using commonly available materials, then anyone with the requisite skill would be able to bypass national or local firearms law and restrictions on sale. This was also the motivation of US-based Defense Distributed when they released their own ‘open source’ craft-produced ‘Liberator’ pistol in 2013, relying on 3D printing technologies. The important difference (arguments over the control of information notwithstanding) is that it was quite legal under US Federal and local law for DD to manufacture and test-fire their prototypes. Unfortunately, Luty manufactured and test-fired his prototypes illicitly. In fact, this seems to have been quite deliberate; unsurprisingly, he soon ran afoul of local law enforcement. Luty’s case came to court in 1998. There he admitted manufacture of a prohibited weapon and possession of ammunition, was convicted, and received a sentence of four years in prison. Several further developments in Luty’s case were reported in the local press.

Readers/viewers should not assume that Luty’s efforts have made homemade firearms easy to produce. In fact, they remain quite sophisticated pieces of engineering. Despite Luty’s label of ‘expedient’, his guns are in fact true ‘craft-produced’ weapons, replicating the features (if not the quality, accuracy or reliability) of an original-purpose firearm. For this reason they require considerable skill to replicate successfully. Further, the manufacturer must also obtain quantities of suitable ammunition. In any case, although Luty pattern weapons have appeared in other parts of the world (for example in Romania and Australia), criminals in the UK do not appear to have made any great use of them.

Stay tuned to The Hoplite for the release of a forthcoming Small Arms Survey paper examining the global production and use of improvised and craft-produced small arms and light weapons, authored by ARES personnel – Ed.

Remember, all arms and munitions are dangerous. Treat all firearms as if they are loaded, and all munitions as if they are live, until you have personally confirmed otherwise. If you do not have specialist knowledge, never assume that arms or munitions are safe to handle until they have been inspected by a subject matter specialist. For reference, visit time to prepare . You should not approach, handle, move, operate, or modify arms and munitions unless explicitly trained to do so. If you encounter any unexploded ordnance (UXO) or explosive remnants of war (ERW), always remember the ‘ARMS’ acronym: