Pro-Russian separatists in Lugansk have in their possession a 9K35 Strela-10 launch vehicle, likely captured from Ukrainian stores. In the below videos we can see the vehicle moving through Lugansk along with several BMP infantry fighting vehicles (IFV).

The Strela-10 (NATO reporting name: SA-13 Gopher) is a vehicle-based short-range surface-to-air missile (SAM) system, utilizing both optical photo-contrast and an infra-red seeker for guidance. It is intended for tracking and engaging fixed-wing aircraft and helicopters within visual range. The 9K35 system employs the 9M37 solid-fuel missile, a 2190 mm long, 120 mm wide missile with a 3.0 kg warhead. The 9K35 has been modernised several times from 1977 to 1989, with the 9K35M, 9K35M2, and 9K35M3 variants entering service. Modifications have included more effective guidance systems, larger missile warheads, and reduced susceptibility to electronic interference. 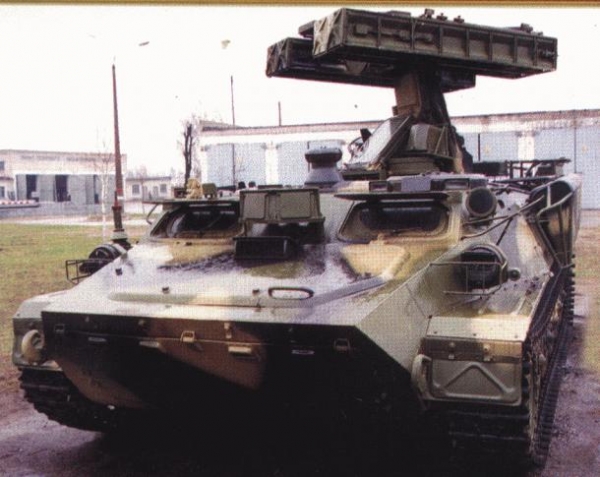 While there has been previous news reports that the pro-Russian separatists have captured air defence bases in both Lugansk and Donetsk over the past month, so far there has not been photo or video evidence of the rebels utilizing any air defence weapons heavier than MANPADs and light anti-aircraft guns (ZSU type). The appearance of this vehicle, if the operators are capable of employing its missiles effectively, may represent a notable improvement in the militia’s air defence capability.