Images recently posted to Twitter and Facebook appear to show the remains of an RBK-250 ZAB-2.5 incendiary cluster munition, apparently documented in Derna, in eastern Libya.

ZAB (Zazhygatelnaya Aviatsionnaya Bomba; incendiary aircraft bomb) series weapons include a range of unitary incendiary bombs as well as cargo munitions. The RBK-250 ZAB-2.5 has a nominal weight of 250 kg (note the ‘-250’ designation), with an actual ready weight of approximately 194 kg.  It is 1467-1492mm in length, with a 325 mm body diameter and a wingspan of 410 mm. The bomb contains a 700 g  separation/ignition charge. The RBK-250 ZAB-2.5 cargo munition dispenses 48 ZAB-2.5 submunitions upon functioning. The ZAB-2.5 submunitions are ignited upon ejection from the cargo munition and fall through the air burning. 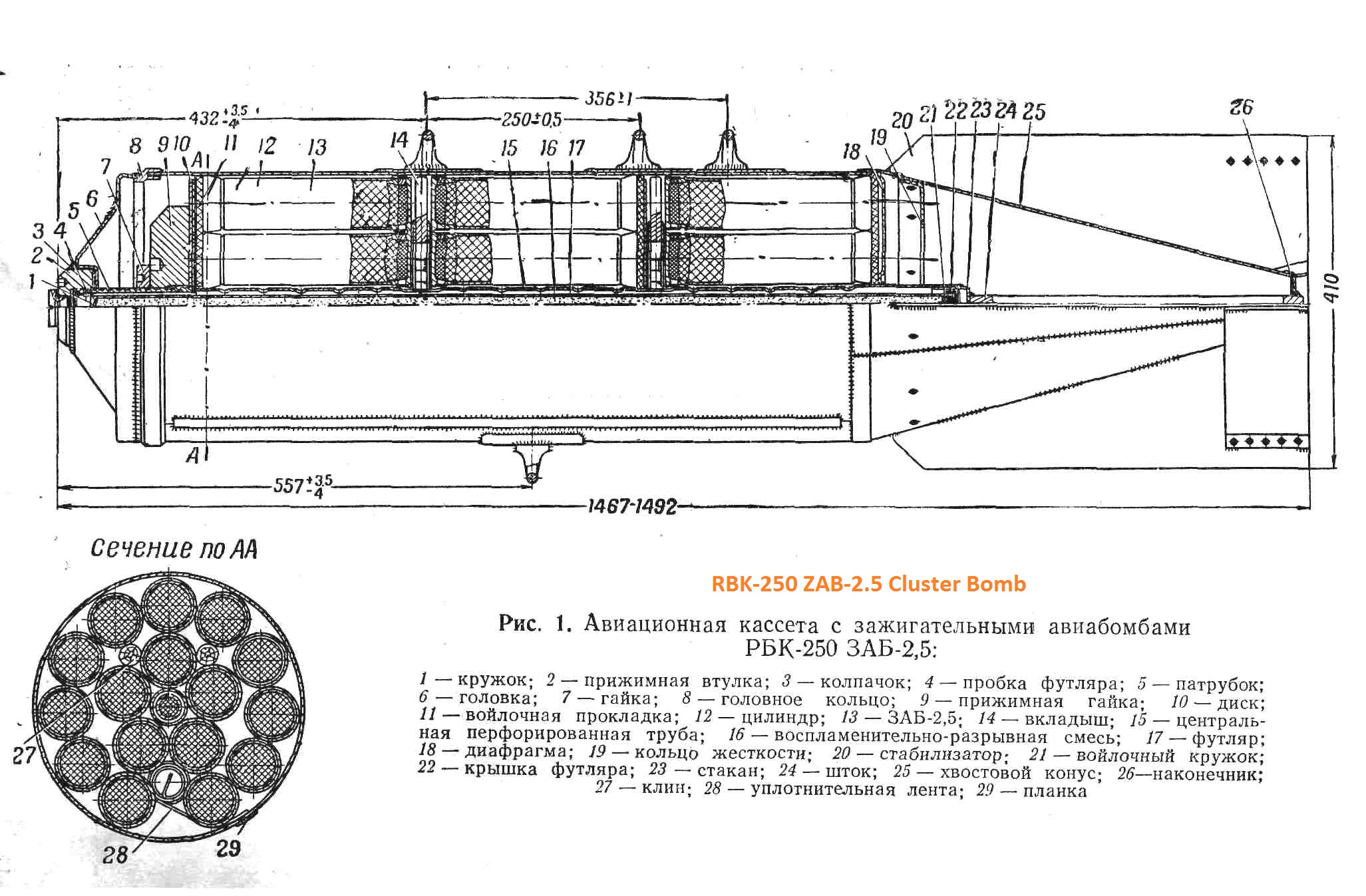 Variants 2 and 3 also contain PETN bursting charges, designed to discourage and impede attempts to extinguish the burning submunitions. These charges are initiated by a pyrotechnic block delay, after the submunitions have reached the ground and burned for some time. In the case of Variant 3, this charge has the added effect of dispersing the napalm-like filler over a wide area, after the thermite portion of the submunition has burned down. The thermite component of the submunitions is capable of penetrating 3-4 mm of steel and igniting combustible materials. 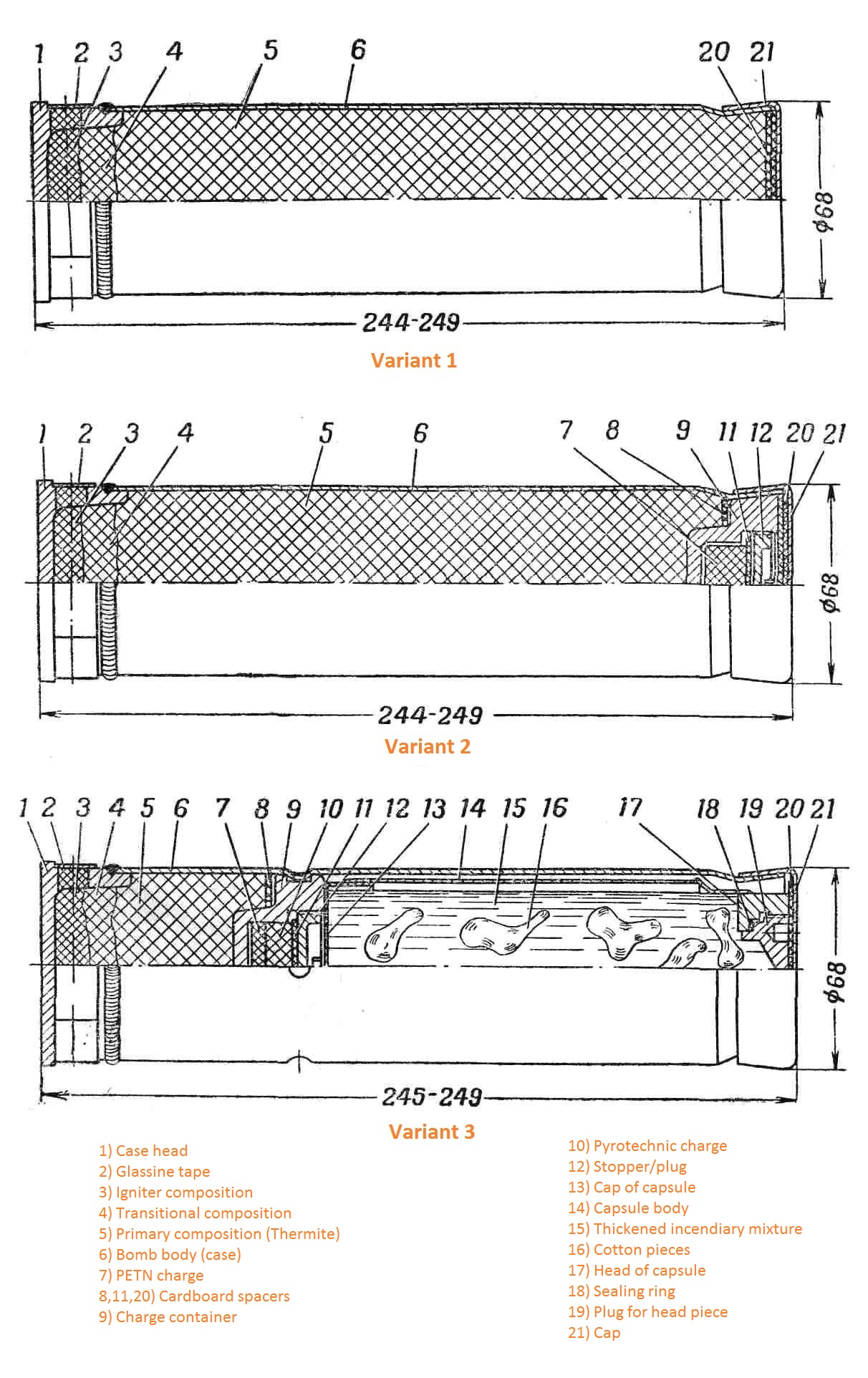 ARES will be releasing a report examining the range of submunitions identified in Syria  in the coming weeks, which will include a section on the RBK-250 ZAB-2.5 and its ZAB-2.5 incendiary submunitions.

With thanks to @streitapfel, Eliot Higgins, and Yuri Lyamin (ARES).

One thought on “RBK-250 ZAB-2.5 cluster munitions used in Libya”