ARES is proud to announce the release of the fifth publication in our Research Report series, entitled “A Tale of Two Rifles: The proliferation of F2000 and AK-103 self-loading rifles exported to Libya in 2004 – 2009“. This research report examines the proliferation of Belgian FN Herstal F2000 and Russian IZHMASH (now Kalashnikov Concern) AK-103-2 self-loading rifles within Libya and the broader MENA region, and builds upon work conducted by ARES staff members from 2012 to present. It is supplemented by a BBC Magazine piece authored by ARES Director N.R. Jenzen-Jones. 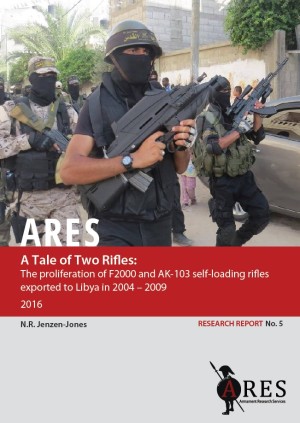 During the Libyan Civil war of 2011, observers noted the presence of two weapons previously unseen in the region: the FN Herstal F2000 and IZHMASH (now Kalashnikov Concern) AK-103 self-loading rifles. These two weapons, amongst others, served as ‘flag items’ during the aftermath of the civil conflict, and their proliferation has been documented throughout states in the Middle East and North Africa (MENA) region. These weapons have been observed together in Gaza, for example, where images show various militant groups armed with both AK-103 and F2000 rifles.

An arms dealer in Misrata told ARES that he was directly responsible for a shipment of AK-103-2 and F2000 rifles to Gaza. “We sent them to help the people of Gaza”, he said. The weapons in question were not sold, but gifted to a contact in Gaza to demonstrate solidarity against Israel. “We have to support Gaza, Israel is the cause of the problems in the Arab region”, the arms dealer told ARES sources.

There is some evidence to suggest that the AK-103 is considered by Palestinian militant groups as a more prestigious weapon than earlier AK type rifles. AK-103 rifles have been documented in the
hands of some of the Izz ad-Din al-Qassam Brigades’ more ‘elite’ formations, including their naval commando unit. This unit, perhaps best known for an unsuccessful assault on an
Israeli beach near Zikim in July 2014, has been frequently pictured with AK-103 rifles. These appear to constitute the primary weapon system for this unit, and are featured heavily in propaganda and recruitment videos, ‘martyrdom posters’, parades, and even in a statue erected in Gaza to commemorate fallen members of the unit. 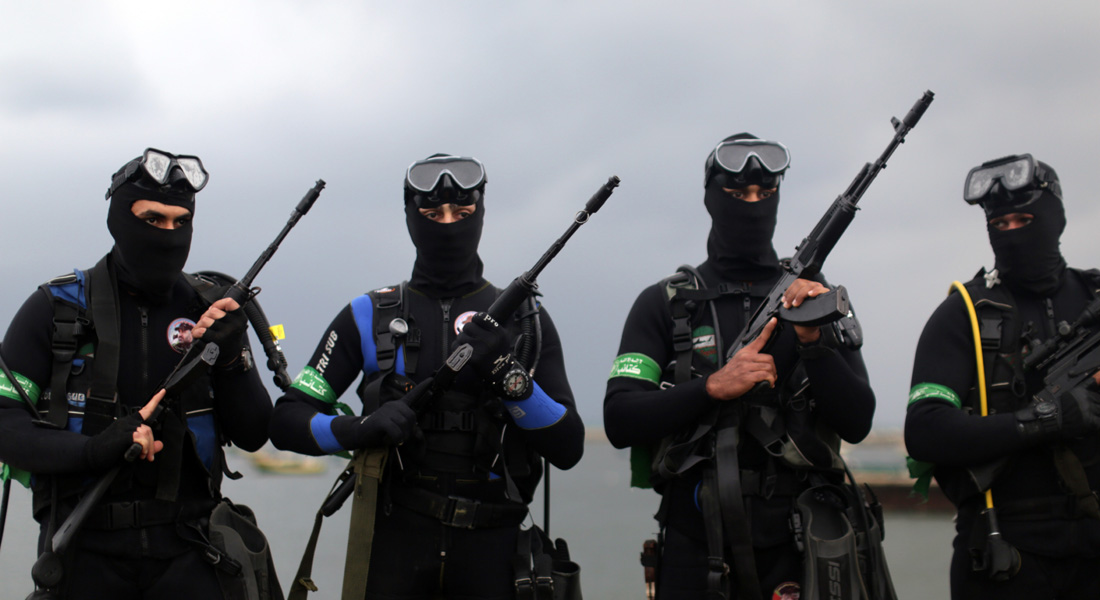 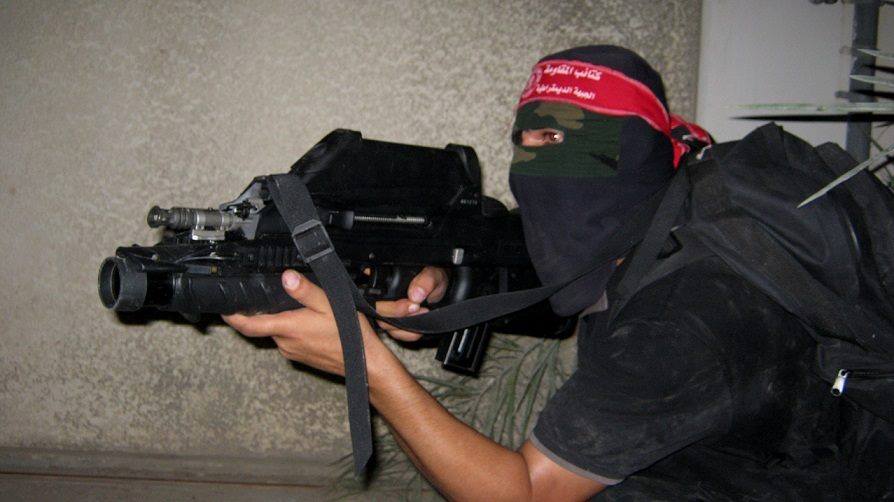 An F2000 rifle fitted with LG1 grenade launcher in the hands of a militant from the National Resistance Brigades of the Democratic Front for the Liberation of Palestine in Gaza, 2014 (credit: DFLP).

The author would like to extend his sincere thanks to the many people – several of whom cannot be identified – who assisted in the research, writing, and production of this report.

Header image shows militants from the al-Quds Brigades of Palestinian Islamic Jihad holding an F2000 rifle with LG1 grenade launcher and an AK-103 rifle during a parade in Gaza, in 2015 (credit: Palestine Today).