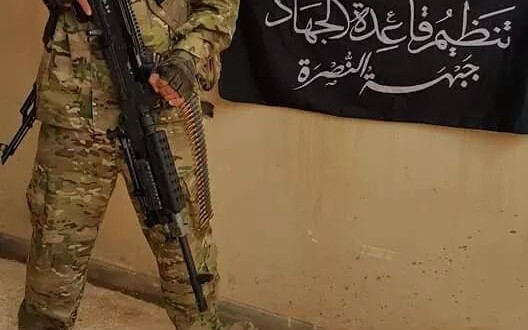 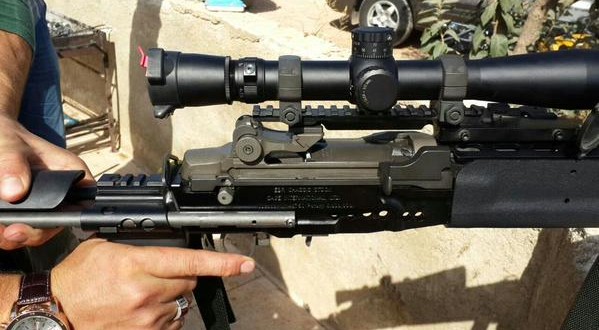 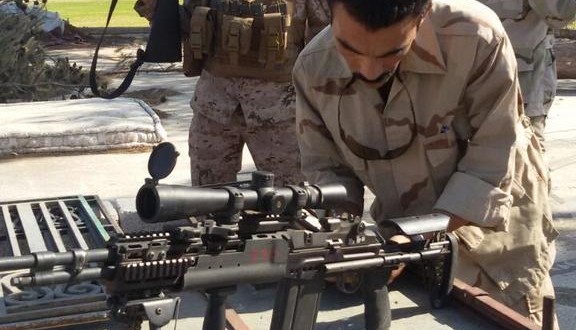 Michael Smallwood Images recently uploaded to Twitter by the Free Syrian Amy’s ‘Division 30’ show combatants with US-made arms. In one image, a Mk 14 EBR (enhanced battle rifle) series weapon is visible in the foreground, while another fighter holds what is likely an M16A4 rifle. The Mk 14 EBR series are self-loading rifles chambered for 7.62 x 51 mm and