The Syrian conflict continues to see the use of new types of weapons by the various parties to the conflict.  On the 23rd April of this year, new footage emerged from the area near Sawaysa town in the Syrian province of Quneitra, showing the use of another new weapon: Chinese Type 84 anti-tank mines. According to video, the munitions in question were used by government forces. Another video from the same location shows more of the mines as well as components from 122 mm rockets.

The use of these anti-tank mines probably results from the ongoing gains by anti-government forces in the Quneitra, who have captured notable numbers of tanks and armoured fighting vehicles over the past year. The Syrian government forces have also had to be particularly cautious about the use of aviation assets in Quneitra, due to the proximity of the Israeli-Syrian disengagement line. 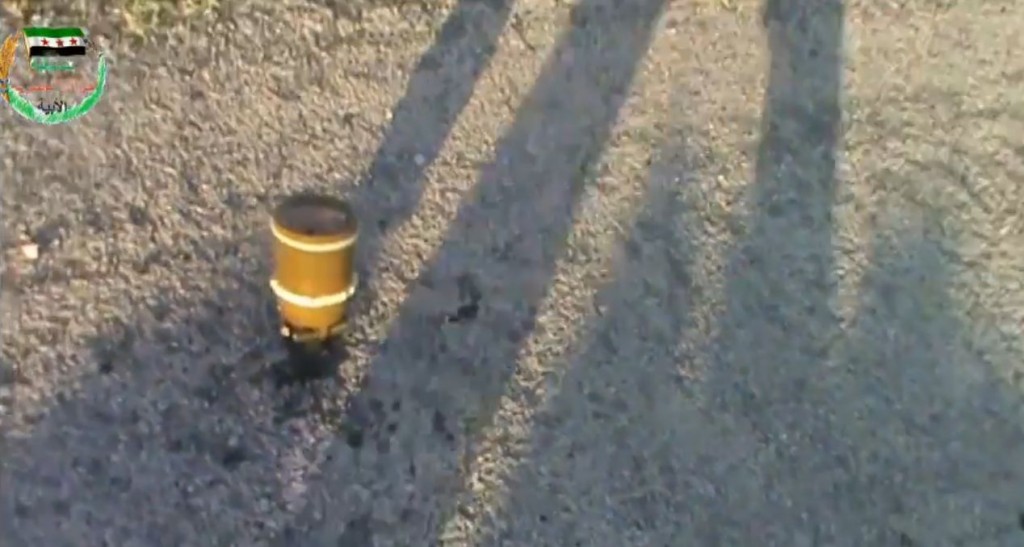 The Type 84 is a scatterable (also known as “remotely delivered”) anti-tank mine system with a warhead employing the Misznay-Schardin effect to project an explosively formed penetrator (EFP), which can penetrate up to 110 mm of rolled homogenous armour (RHA). Type 84 mines are deployed by 122 mm rockets fired from BM-21 “Grad” multiple launch rocket systems (MLRS) and its copies and variants.

The Chinese GBL212 122 mm rocket (export versions have been seen marked as “122-15 ATML”) carries six Type 84 anti-tank mines. Some sources incorrectly state that the rocket carries eight mines. After the launch of the rocket, a time fuze is triggered at a predetermined distance, and the rocket’s warhead bursts to expel the mines, which make a controlled descent using drogue parachutes. During the descent, the three prong legs at the bottom of the mines are released downwards and form a spike that pierces the ground. When these three legs have deployed, the mine is armed correctly. 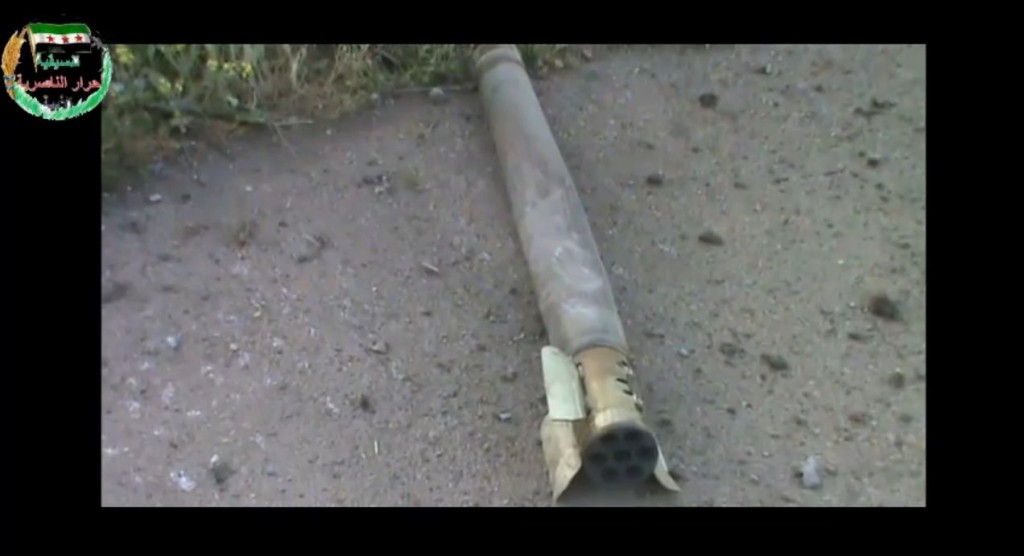 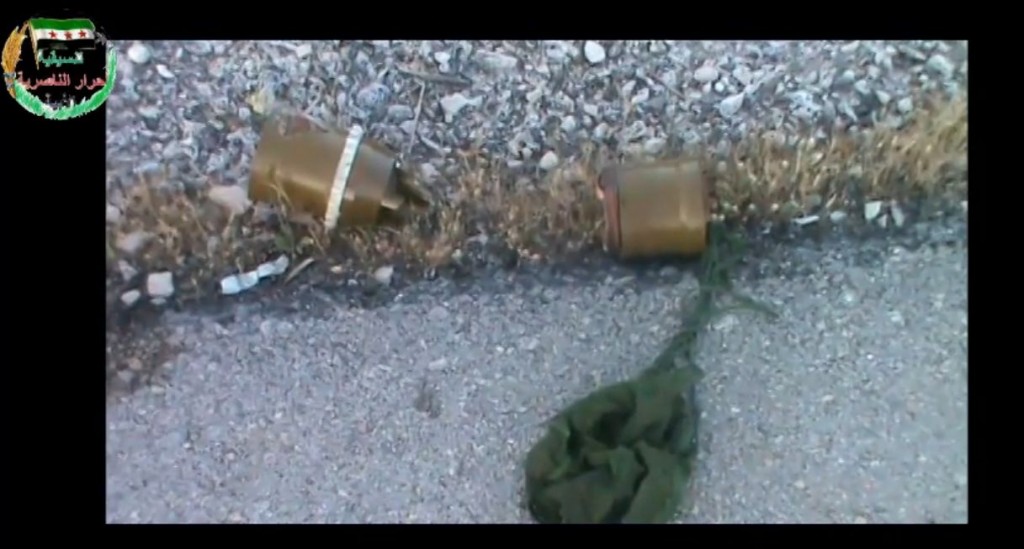 Type 84 mine and rocket components from this video from Syria.

In 2011, C.J. Chivers of the New York Times reported on Type 84 scatterable mines which were deployed by forces loyal to the Gaddafi regime during the civil war in Libya. Many of the mines documented in Libya were manufactured as recently as 2009, as seen in the image below. 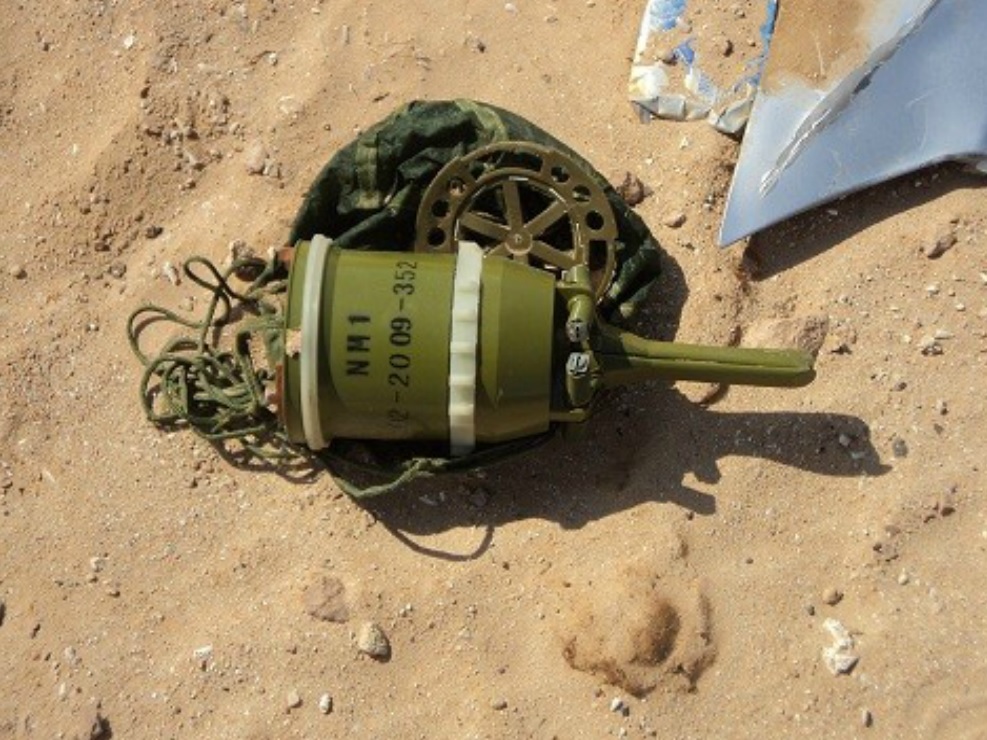 The exact variant or variants of Type 84 mines used by Syrian forces is unknown, markings on the mines observed so far have been barely visible (as seen below). 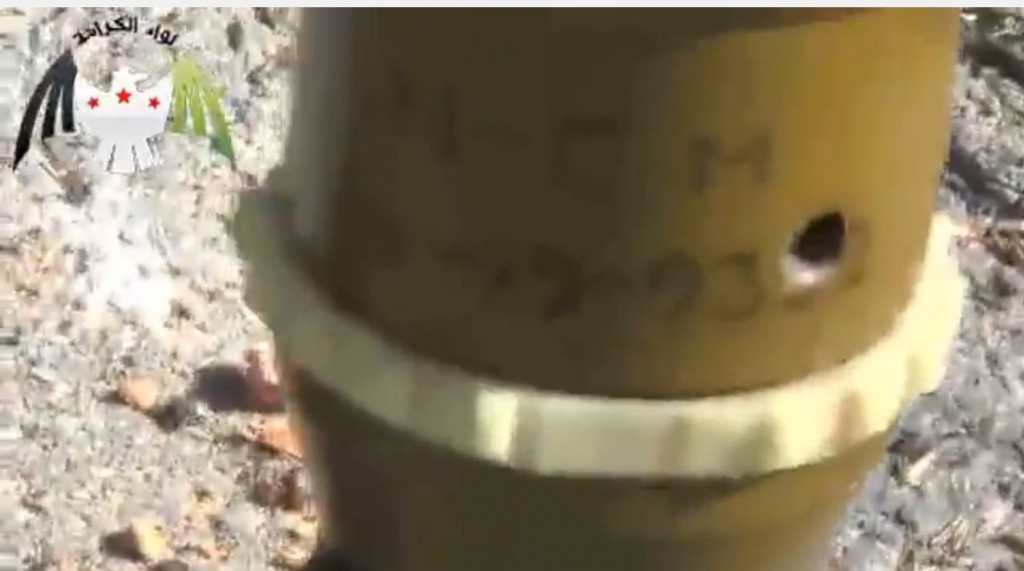 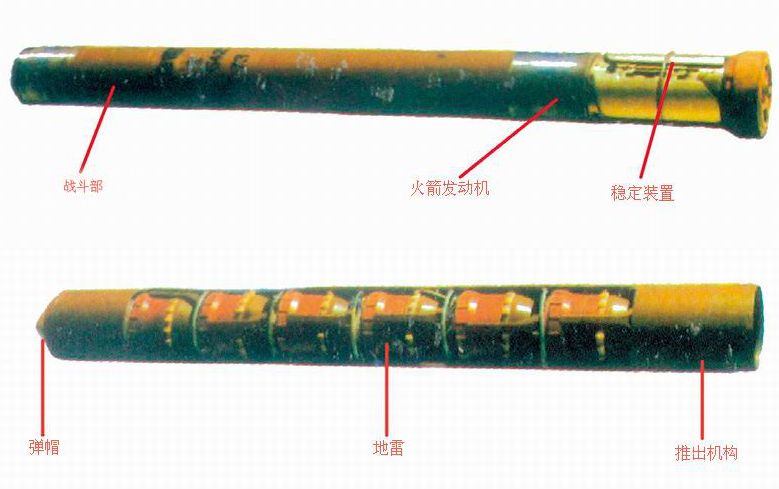 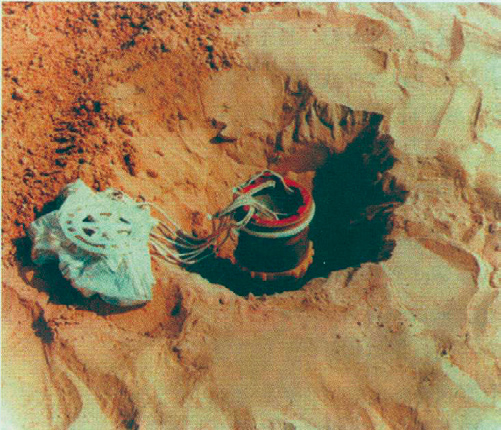 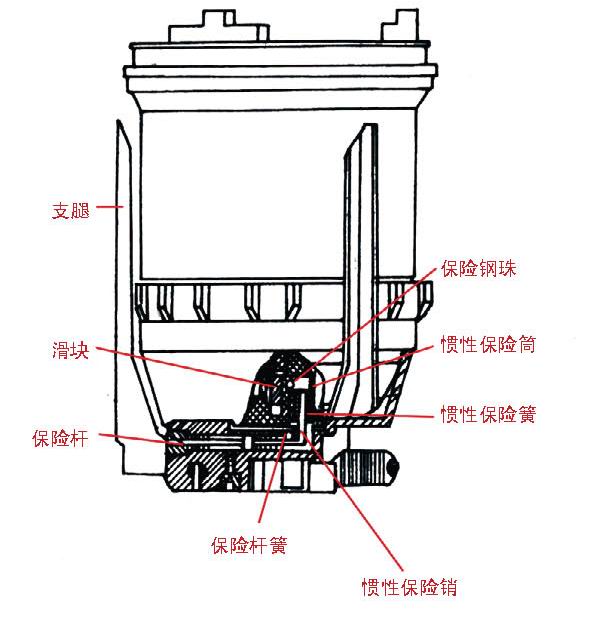 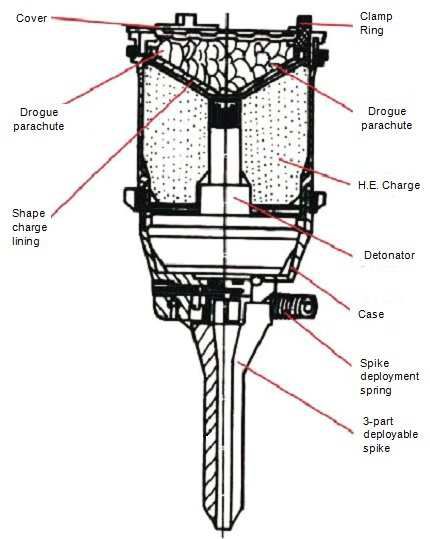 Note this annotated image was taken from a LMAC technical release, available here. There are some minor errors in this publication. The original source is as above.

Remember, all munitions are dangerous. You should not approach, handle, or modify munitions unless explicitly trained to do so. As always, if you see any unexploded ordnance (UXO), remember the ‘ARMS’ acronym:

A Libyan Mine Action Centre (LMAC) technical note on the Type 84 reiterates that this is a HIGH RISK munition. At least two casualties have been incurred by mine action teams attempting to clear these mines.

With thanks to Peter Bouckaert, Eliot Higgins, Mark Hiznay, Richard Stevens, and a confidential source who wishes to remain anonymous. See also Mark Hiznay’s piece on the appearance of the Type 84 land mine in Syria over at the Land Mine and Cluster Munition Blog.