The Firearm Blog recently posted an interesting article about an unusual anti-materiel rifle in use with forces affiliated with the Free Syrian Army. ARES has now identified this weapon. The rifle is indeed chambered in 14.5 × 114 mm, but has not been craft-produced and is not, as has been speculated, blowback operated. It is actually a modified, Soviet-era design 2X35 (2Kh35) sub-calibre training device produced by the Russian Degtyarev Plant, designed to be fitted into the main gun of a main battle tank such as the T-72. This weapon is designed to fire on a similar trajectory to the main gun to offer a safer and more cost-effective alternative to training tank crews. 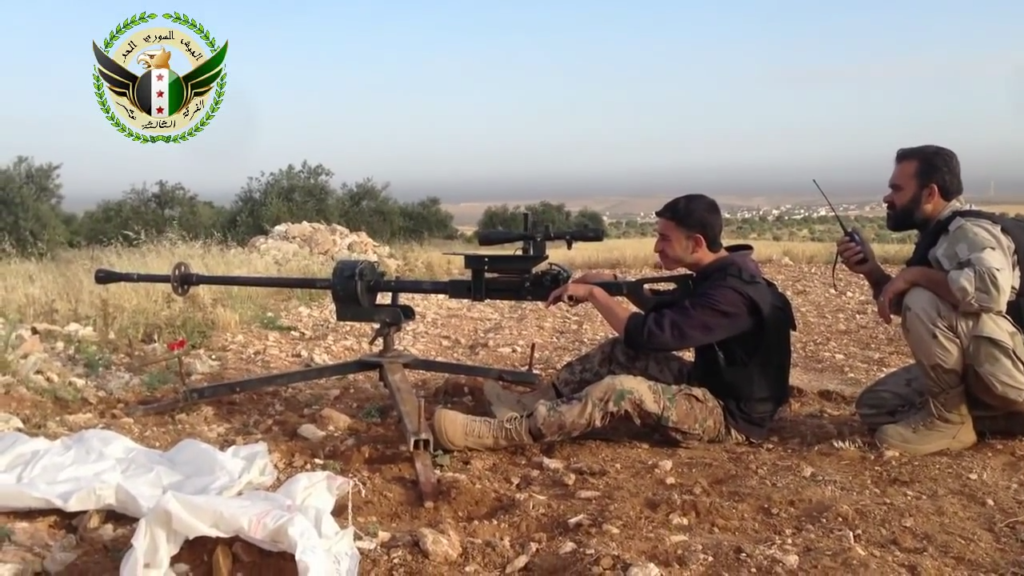 The purpose of the gun explains the ‘slimline’ design and the large circular features on the receiver and barrel, intended to centre the weapon within the breech and bore of the tank gun. The weapon’s gas tube is mounted on the right side and is not visible in the media shared by TFB. As seen in the video, it fires from an open bolt. The feed mechanism is part of the design and has not been fabricated or modified. The only changes made are to the scope and mount, lever-actuated firing mechanism (replacing the intended solenoid-based system), the added flash-suppressor, optional PK butt-stock, and of course the adapted tripod.

The same weapon was observed in use in the Ukraine conflict in 2016, pressed into service in a slightly different configuration with a substantial suppressor (see below). Whilst it is encouraging to see more coverage of unusual firearms in conflict zones by firearms news websites, it is important such firearms are correctly identified by trained specialists. 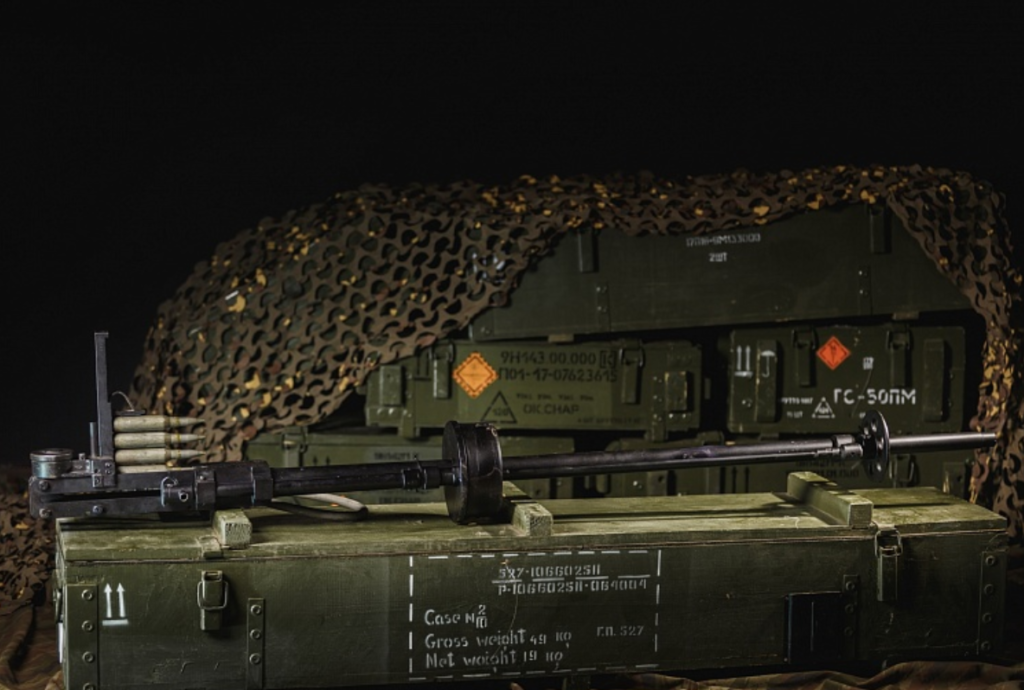