Jack Shanley & Mick F. Introduction      The conflict in Syria fuels a diverse trade in arms and munitions. Many transactions are performed online, providing an opportunity for remote analysis. This article is the first in a series of monthly updates to ARES Research Note 11: Analysing the Online Arms Trade in Opposition-controlled Syria. Readers

Jonathan Ferguson A mystery 12.7 × 108 mm anti-materiel rifle documented for sale in Yemen earlier this summer—described as ‘craft-produced’ by some observers—has been identified by ARES. It is not, in fact, craft-produced but rather an ingenious yet relatively straightforward modification of an NSV-type heavy machine gun (HMG). The gun’s barrelled action has simply been

Jonathan Ferguson The Firearm Blog recently posted an interesting article about an unusual anti-materiel rifle in use with forces affiliated with the Free Syrian Army. ARES has now identified this weapon. The rifle is indeed chambered in 14.5 × 114 mm, but has not been craft-produced and is not, as has been speculated, blowback operated.

Ian McCollum The Kurdish YPG (People’s Protection Units) employ a number of different craft-produced anti-materiel rifles (AMRs), and ARES has obtained a number of photographs and details of these rifles. These photographs and contextual information came from a confidential source who served in a sniper tabor (platoon) of the YPG from June 2015 through August 2016.

Yuri Lyamin with ImproGuns A video published 23 August 2017 which was purportedly produced by the ‘Defense Industry Department’ of the armed forces who are loyal to the Ansar Allah (‘Houthi’) movement, shows several types of craft-produced weapons being developed and employed, including anti-materiel rifles and light cannon up to 23 mm and even 30

Miles Vining The Iraqi Emergency Response Brigade (ERB) is a component of the Ministry of the Interior, specifically structured as a counter-terrorism force responding to attacks within the borders of Iraq. Since 2016, however,  ERB forces have been serving in an offensive capacity alongside Iraqi Special Operations Forces, particularly during the ongoing battle for Mosul. As

Michael Smallwood Multiple videos (shown below) shared by pro-Houthi media channels during October 2015 show Houthi rebel fighters employing Barrett Model 82A1 (M82A1) anti-materiel rifles during fighting in Yemen. The American-made Barrett M82A1 is semi-automatic, chambered for .50 BMG (12.7 x 99 mm), and designated the M107 in US service. The M82A1 weighs 13.6 kg, has an

Galen Wright Photos made available via Twitter in July show a new addition to Iraq’s bustling black-market – an Iranian RU60G thermal sight, priced at $5,000 USD. Although Iranian arms have been well documented in Iraq, this example highlights a new concern: unauthorised transfers to secondary users. The RU60G is produced in Iran by the privately operated company Rayan 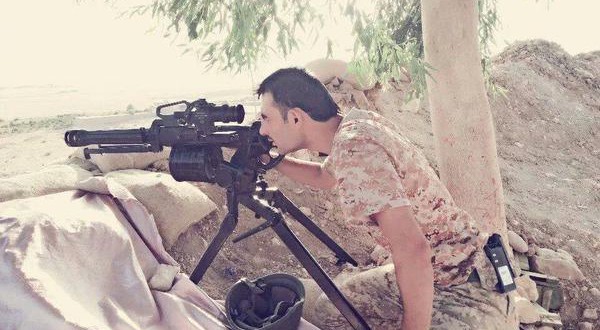 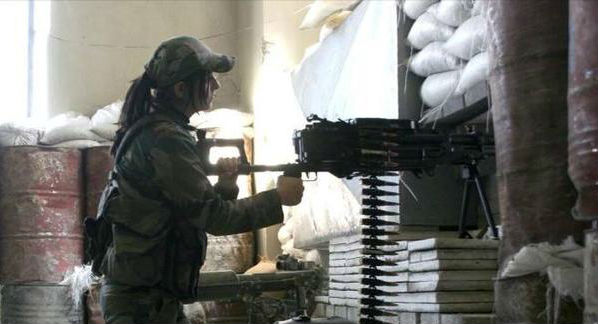 Michael Smallwood with Yuri Lyamin A recent photo, above, shows a Syrian government fighter manning a Russian Kord 12.7 x 108 mm heavy machine gun (HMG) in the eastern Jobar district of Damascus city. The belt-fed Kord is chambered for either 12.7 x 108 mm or 12.7 x 99 mm (.50 BMG), and has an