Arms diversion in Libya: An update

An update to our November blog post on the Caracal Model F self-loading pistol documented in Tripoli’s Old City, Libya, comes courtesy of the UN Panel of Experts on Libya’s latest report to the UN Security Council. This report analyses the effectiveness of the arms embargo on Libya as well as other related issues. The report comes at a time when Libya’s government is appealing the arms embargo. The report found that “although the provisions of the arms embargo have been reinforced by resolution 2174 (2014), implementation is weak,” and that “the very high demand for materiel and the resources and support available to fighting parties to procure materiel indicate that continuing large-scale illicit trafficking is inevitable.” These findings are consistent with ARES monitoring and analysis of arms flows within Libya and the broader region.

With the Caracal Model F documented by ARES as an example, the Panel of Experts confirmed that the pistols were originally transferred to the Libyan Supreme Security Committee. The Panel’s work investigating the transfer of Caracal handguns builds on the earlier ARES research:

The Panel has previously reported that some Ministry of the Interior staff had sold their official handguns on the black market owing to strong demand among the Libyan population since the revolution. The case below illustrates not only how procurement on behalf of national authorities has served the purpose of militias, but also that the absence of any arms management has allowed the selling of this equipment to third parties.

A contract was signed on 18 December 2012 between the broker company and the representative of the Ministry of the Interior of Libya for the transfer of 5,000 Caracal F pistols and 1 million rounds of ammunition.

The end-user certificate signed on 12 January 2013 mentions 15,000 Caracal F pistols and 5 million rounds of 9mm ammunition. The end-user certificate was sent to the Libyan embassy in the United Arab Emirates for approval. The embassy contacted Caracal on 6 February 2014 to request the company to terminate the deal, as the Ministry of the Interior was unaware of it. A first batch of 1,500 pistols had already been transferred to the Supreme Security Committee in Mitiga (see air waybill in annex 18). The Panel is endeavouring to establish the status of the remainder of the materiel.

The Panel also submitted a tracing request to the UAE for the Model F photographed and published by ARES, as well as a list of serial numbers of all pistols transferred to Libya, but had not yet received a response at the time of publishing. They also noted “the sale of other Caracal F pistols on Facebook for more than $5000 (each pistol was sold to Libya for less than $400).” The use of social media and other websites to sell arms within Libya has been documented by ARES in the past, with a MANPADS gripstock appearing for sale just last week. ARES continues to closely monitor a variety of online channels offering arms and munitions for sale. The diversion of this Caracal Model F provides a good case study on the difficulty of enforcing controls on arms transfers within Libya, even if the original importation was conducted through official channels. 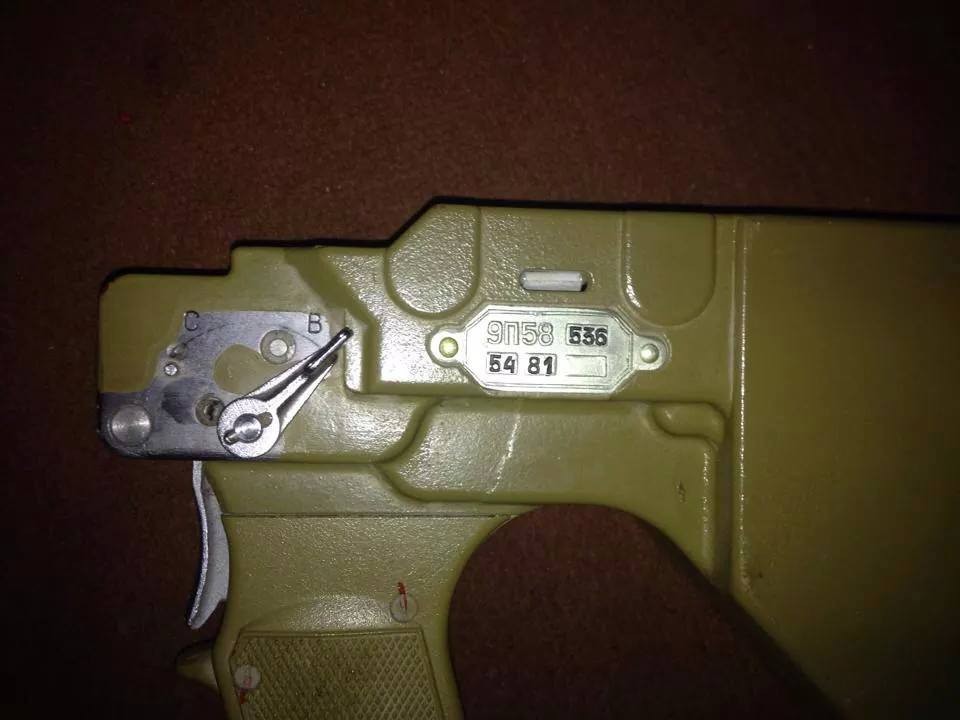 The gripstock for a 9K32M man-portable air defense system (MANPADS) for sale on Facebook last week.

With thanks to ARES research assistant Hassan Morajea and a confidential source within Libya.