On 24 April, Boko Haram (the Nigerian affiliate of the Islamic State) released information and images relating to an ambush against a component from the Nigerian Army’s 155 Task Force. Among the captured weapons and equipment is a UAG-40 automatic grenade launcher manufactured by Leninska Kuznya of Ukraine.

The UAG-40 is a blowback operated automatic grenade launcher chambered for the 40 x 53SR mm cartridge. It is significantly lighter than many other automatic grenade launchers chambered for this cartridge, weighing less than 30 kg complete with tripod. The model seen in Nigeria seems to be the more recent iteration of this weapon, which was presented to the Ukrainian Armed Forces in January 2015. This version includes a MIL-STD-1913 (‘Picatinny’) rail for mounting optics, modified ammunition feed device, and a footrest incorporated into the tripod of the weapon. The UAG-40 captured by the Nigerian affiliate of the Islamic State seems to be mounted in an elevated tripod connected to the bed of a pickup truck. 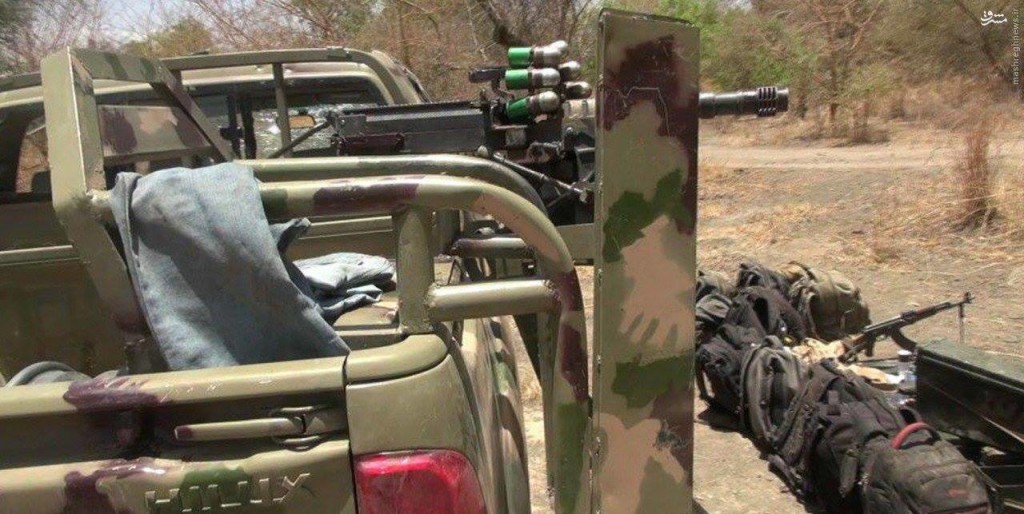 In recent years, Ukraine has made a number of substantial arms deals with Nigeria, including the sale of BTR-4 infantry fighting vehicles and T-72AV main battle tanks. Another UAG-40 was documented in March in service with Nigerian forces during the offensive against Boko Haram in Maiduguri and Yola (see image below).

The UAG-40, chambered for 40 x 53SR mm calibre common amongst western military forces, represents a way for Nigerian forces to standardise with western calibres whilst acquiring weapon systems faster than is often possible from Western manufacturers due to licensing and export restrictions. 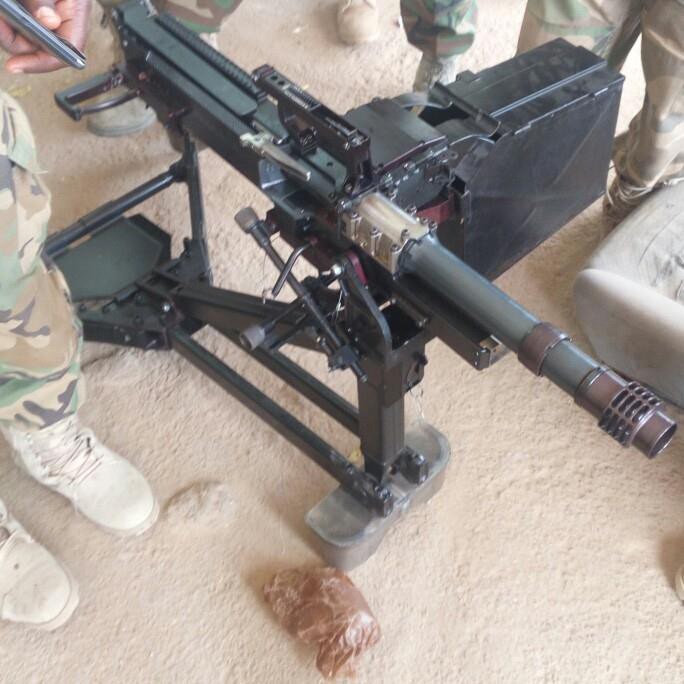 Special thanks to ARES Researcher Yuri Lyamin and @AbraxasSpa. Images taken from sources as linked.