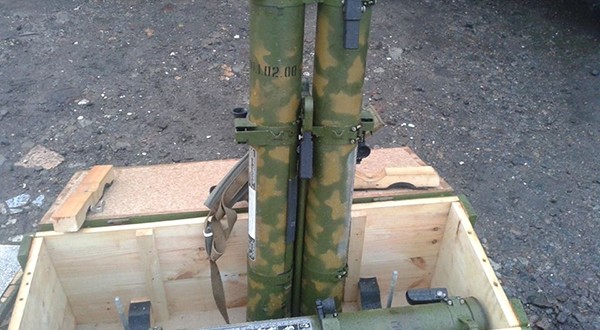 A recent article from VICE News discusses a cluster munition attack in the eastern Ukrainian city of Donetsk on October 2, 2014. ARES produced a conflict damage assessment report for VICE News, and investigated munition remnants and munition impact sites from the attack, identifying the munition used as the Russian 9M27K rocket with 9N128K warhead,

Yuri Lyamin with Michael Smallwood From Syria comes another video of interest, this time showing remnants of a cargo rocket which landed near Namar, in the southern governorate of Daraa. The video shows a component of the cargo section of a rocket, likely belonging to a 220 mm 9M27K series rocket (9M27K or 9M27K1, both