Jonathan Ferguson Note: The design of the AK-12 has since moved away from the more distinctive model described herein. The newer iteration is more conventional in design and appearance.  The Hoplite recently covered a distinctive personalised AK-74M self-loading rifle captured in Syria by Islamic State forces from a Russian special operator. The plethora of accessories fitted to the weapon

Russian SOF equipment captured by IS in Syria

Islamic State (IS)-linked ‘news agency’ A’maq has reported on 17 March 2016, via their official account on the messaging app Telegram, on the killing of “a Russian military advisor” during skirmishes between the Syrian Arab Army (SAA) and IS near Palmyra, in the Homs Governorate of Syria. A video shared by IS shows the deceased combatant alongside a selection of his

ARES is proud to announce the release of the fifth publication in our Research Report series, entitled “A Tale of Two Rifles: The proliferation of F2000 and AK-103 self-loading rifles exported to Libya in 2004 – 2009“. This research report examines the proliferation of Belgian FN Herstal F2000 and Russian IZHMASH (now Kalashnikov Concern) AK-103-2 self-loading rifles within

Yuri Lyamin with N.R. Jenzen-Jones Images posted to Facebook and Twitter in mid-to-late February 2016 show the presence of PTAB-1M anti-tank submunitions and the RBK-500 PTAB-1M air-delivered cargo munition (cluster bomb) in the al-Ghanto area of the Homs governorate of Syria. The remnants of the bomb’s tail and casing indicate it is an RBK-500 (Razovaya Bombovaya

Ivan Kochin with Ali Richter As early as the spring of 2014 there were reports of Soviet 9K330 Tor (NATO reporting name: SA-15 ‘Gauntlet’) operating within Ukraine. The 9K330 is a short range, self-propelled surface-to-air missile (SAM) system, first introduced into Soviet service in the late 1970s. Several modernised variants have subsequently been introduced into 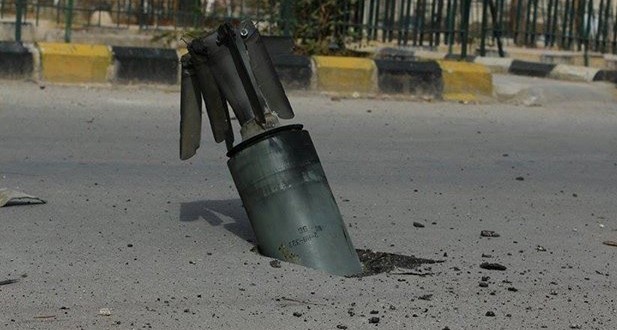 Yuri Lyamin and N.R. Jenzen-Jones Update 31 Jan 16: Further examples of O-10 submunitions have been documented in Douma, Syria on 27 January 2016 (see images below). These submunitions bear markings indicating that they were also manufactured in 1989. Additionally, in mid-January further images were posted to social media showing remnants from 3O8 cargo projectiles. Whilst several examples