Several modern, anti-armour cargo (carrier) munitions employ submunitions which are capable of independently identifying a target and each engaging an individual vehicle. These ‘sensor-fuzed submunitions’, whilst still uncommon as a percentage of states’ arsenals, have been employed in a number of current and recent conflicts and are now held by a number of states (see Note 1). Sensor-fuzed submunitions may be delivered by guided or unguided surface-to-surface rockets, artillery projectiles, or air-delivered weapons.

The Textron Systems Sensor-Fuzed Weapon (SFW), best known by its US Air Force designation CBU- 97 or CBU-105 (see below), is an air-delivered cargo munition developed by Textron Systems (and predecessor companies) in partnership with the United States Air Force. Patents for submunitions used by this system date back to at least 1979, however it did not enter production until 1992, seeing combat use during Operation Iraqi Freedom (2003). The CBU-97 is available with Wind Corrected Munitions Dispenser (WCMD) series modification kits which convert it to a precision guided munition (PGM), redesignated the CBU-105. Whilst the 26 m (85 ft) CEP of the WCMD is lower than some other PGMs in service with developed armed forces, it is more than sufficient to deliver submunitions designed for area coverage, such as the BLU-108.

Each SFW contains ten BLU-108 submunitions, sometimes referred to as ‘posts’. When the munition functions, the dispenser panels are separated by a linear bursting charge, before the BLU-108 submunitions are ejected from the munition by a gas bag ejection system. The five submunitions contained in the forward bay are ejected first, shortly followed by the five in the aft bay. A drogue parachute precedes a main parachute, which brings the BLU-108 to a vertical position. When the munition has descended to the correct height above, the parachute is released and the four ‘smart Skeet warhead’ submunitions pivot into an exposed position. A rocket motor within the BLU-108 then initiates, imparting spin to the submunition. The BLU-108 halts descent and begins to climb. The individual Skeet submunitions are then released, and spin rapidly whilst descending, searching within their own target areas. 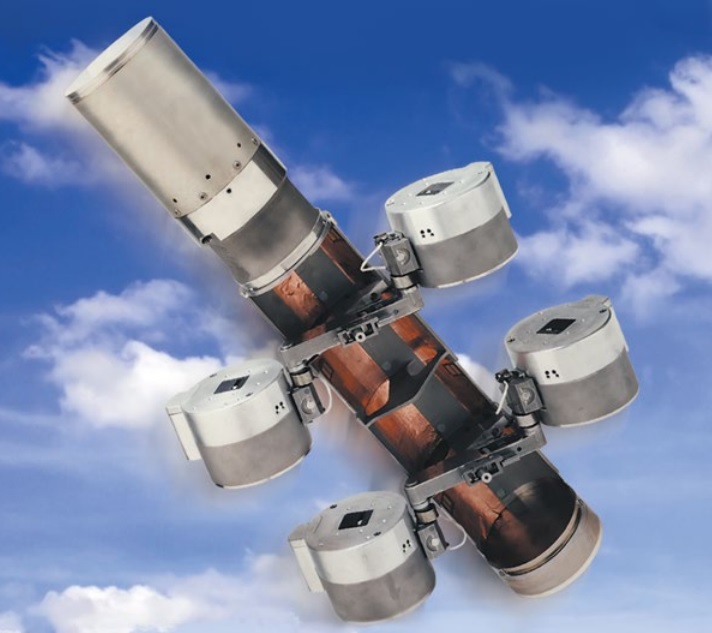 The target is identified using a combination of passive IR and active laser sensors. Once a target that meets the targeting parameters has been acquired, the warhead functions. The Skeet submunitions each feature a sub-type of explosively-formed penetrator (EFP) warhead, known as a multiple EFP (MEFP). The copper liner of each Skeet warhead features a central concave area forming the primary EFP, surrounded by a ring of sixteen smaller indentations which form smaller pseudo-EFPs. This configuration is sometimes referred to as a ‘combined effects EFP’ and serves to allow for wider lethal areas against soft-skinned vehicles and personnel in the vicinity of the primary target.

The Skeet submunitions require the BLU-108 post to arm, and cannot arm independently. If, for example, a BLU-108 submunition were to fail to function and crash intact, the Skeet submunitions would not have armed, as they would not have proceeded through the essential mechanical and electrical processes. The BLU-108 submunition must spin at the correct rate before the explosive bolts releasing the Skeet submunitions are able to function. The Skeets then continue to spin, and require a certain amount of centripetal force in order to arm . If a Skeet submunitions does not detect a valid target during its flight time, one or more of its three safety modes will activate. The Skeet will self-destruct after either 8 seconds of launch, or when it reaches an elevation of approximately 15 m (50 ft) above the ground. Should these self-destruct mechanisms not function, a battery time-out device will render the submunition “inert within minutes” of hitting the ground, according to Textron. 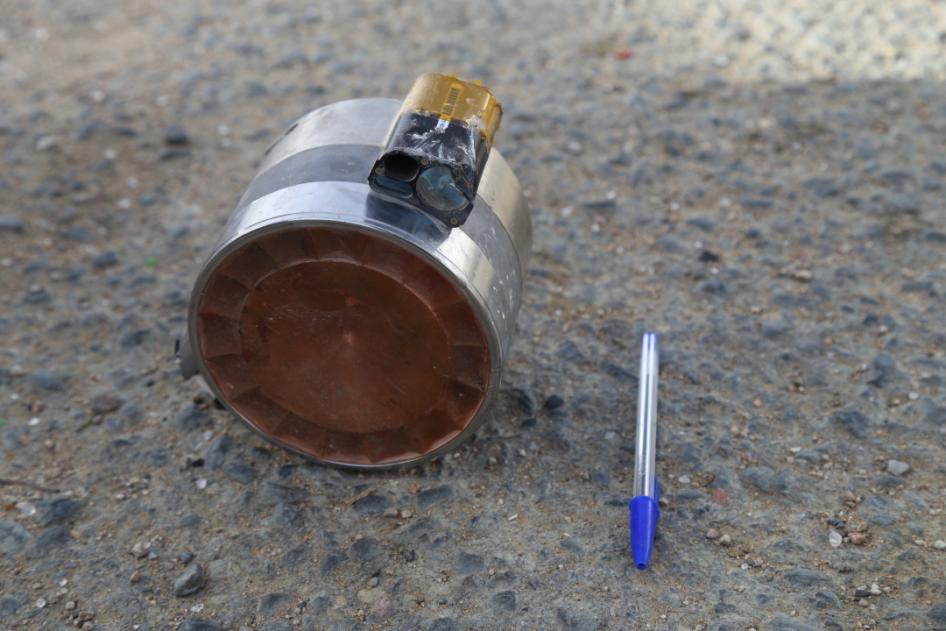 Whilst the Skeets are not considered submunitions by Textron, they fall within the definition of an ‘explosive submunition’ given in the Convention on Cluster Munitions (CCM), in that “in order to perform [their] task [they are] dispersed or released by a cluster munition and [are] designed to function by detonating an explosive charge prior to, on or after impact”. The BLU-108 submunition further constitutes a cluster munition under the CCM, being a “conventional munition that is designed to disperse or release explosive submunitions each weighing less than 20 kilograms” and meeting the nine-step test developed by ARES, independently of its carrier munition.

Whilst Textron Systems, the manufacturer of SFW, have announced they will no longer produce the munition, these and similar weapons remain in the arsenals of other armed actors globally.

Note 1: Whilst the terms ‘sensor-fuzed munition’ and sensor-fuzed weapon’ are generally applied to carrier munitions, this is not a point of technical distinction – many munitions are literally sensor-fuzed, including guided missiles, anti-aircraft projectiles, and others. It is perhaps more accurate to refer to these as ‘smart area munitions’ and to specifically address sensor-fuzed submunitions (‘smart submunitions’ or ‘terminally-sensing submunitions’), as these differ significantly from their traditional counterparts.

ARES has produced significant original research examining these types of weapon their use and effectiveness, and their compliance with the CCM and other international obligations. Further information regarding the design, development, acquisition, and employment of sensor-fuzed munitions and other cluster munitions is available to approved clients.